US heads received twice as much as those at European lenders

Laura Noonan in London and Ben McLannahan in New York

The chiefs of the top six US banks did particularly well — their packages rose by an average of just over 10 per cent and are almost twice as large as those of their European rivals, according to an analysis by compensation company Equilar and the Financial Times of the 20 most highly paid international bank chiefs in Europe, the US, Canada and Australia.

The escalating growth and widening gap are likely to create a political difficulty for US presidential candidate Hillary Clinton, who has already come under fire for her close ties to Wall Street.

In the US, the chiefs of JPMorgan Chase, Goldman Sachs, Citi, Wells Fargo, Bank of America and Morgan Stanley were paid an average of $20.7m last year including salaries, bonuses they were awarded for 2015 performance and pension contributions. Jamie Dimon of JPMorgan again led the field with $27.6m.

By contrast the heads of 11 European banks averaged $10.4m. That number was boosted by $27m in one-off stock awards shared by the new chiefs of Standard Chartered, Credit Suisse and Barclays to compensate them for income they forfeited by leaving prior jobs. European bank CEO pay rises averaged 9.6 per cent last year.

Bill Smead of Smead Capital, a Seattle-based firm with $2.4bn in assets under management, said pay across the industry looks high, given the generally low returns on equity.

For a closer look at changing banker pay across Europe and the US, visit our interactive

But he argued some executives, including Mr Dimon, have earned their rewards by helping their banks adjust to rock-bottom interest rates and a much tougher regulatory environment.

“The job of running these businesses in the last four or five years has been as big a hellhole in the land of CEOs as you’d ever ask for,” he said. “How many brilliant 22-year-olds wake up and say to themselves, ‘I want to run one of these big banks?’ Scarcity creates value.”

The higher pay on Wall Street reflects the banks’ divergent profitability for the year; although US banks suffered from a trading downturn in the fourth quarter, their overall earnings were better than Europeans.

Mr Dimon’s package rose 36 per cent to $27.6m, and 92 per cent of the bank’s shareholders voted to approve it. He will have to meet three years of performance targets before he is paid out in full.

Citigroup’s Mike Corbat got the next biggest rise. His 31 per cent increase took his total pay to $16.5m — but more than a third of the bank’s investors refused to endorse the package at their annual general meeting.

Citi’s compensation committee said Mr Corbat’s package was up just 14 per cent from its 2013 level, and that 2014’s had been reduced to reflect the shortcomings found in the bank’s stress test review that year. 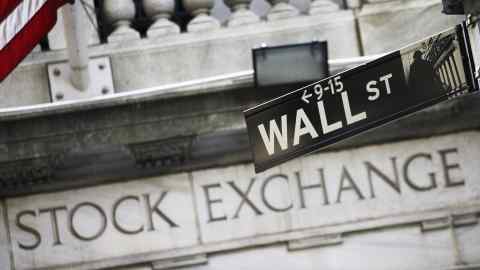 Despite taking a 4 per cent pay cut last year, Goldman Sachs’ Lloyd Blankfein remains the second best paid bank chief in the world, with pay of $23.4m for 2015. Just 66 per cent of investors endorsed his pay at the bank’s AGM.

Mr Winters’ package included a $10m “replacement award” he got to buy him out of income he lost by taking up the job. His maximum bonus this year will be $8.4m, far less than his total 2015 bonus of $18.4m. Mr Thiam’s pay included about $15m worth of “replacement awards” — a package that irked some investors since Credit Suisse’s share price has fallen about 50 per cent in the past year. Mr Thiam asked the board to reduce his bonus by 40 per cent because of the challenging environment the bank faced.