We use cookies (opens in new window) for a number of reasons, such as keeping FT Sites reliable and secure, personalising content and ads, providing social media features and to analyse how our Sites are used.
Manage cookies
Accept & continue
FT Series Art Basel Hong Kong 2018
See all 14 stories
Collecting

Both pieces are recognisable evolutions of the artists’ previous work, but also bracingly different in effect

It is commonplace to hear artists declaim their ability to push the boundaries of their chosen genre. But rarely does a technological development signal an entirely new way of expressing art’s traditional concerns. The idea that virtual reality (VR) might play a transformative role in human affairs has been around for several years, but appeared to have stalled recently, hampered by glitches in poorly performing and prohibitively expensive machinery.

But that has begun to change. More reliable and more accessible technology is offering new possibilities for artists, and they are starting to take notice. The noted Mexican film director Alejandro González Iñárritu won a rarely-awarded Special Achievement Oscar last year for his powerful VR installation Carne y Arena, which dramatised the plight of migrants trying to cross the US-Mexican border.

Next week sees the first public showing of two new short VR works at Art Basel Hong Kong, by equally distinguished figures from the art world, Anish Kapoor and Marina Abramović. They are being presented by the fair’s “virtual reality partner”, the Taiwanese electronics company HTC, as part of its Vive Arts programme highlighting the links between breaking developments in technology and the art world.

The works by the two artists are, not surprisingly, very different. Kapoor’s “Into Yourself, Fall” is a journey through the human body, promising a “disorientating sensation of radical introspection” as the viewer negotiates vertiginous twists in a world that is both abstract and un­comfortably familiar.

Abramović’s “Rising” is a polemical piece, asking us to consider the effects of climate change as we interact with an avatar of the artist who is slowly drowning inside a glass tank. The interaction continues after the viewing, via the downloading of an app which will periodically remind us of the artist’s struggles inside the tank and ask us to “save” her and, by extension, our planet.

Both pieces are recognisable evolutions of the artists’ previous work, but also bracingly different in effect and spirit. “One of the things about VR is that it does vertigo incredibly well,” Kapoor tells me in a telephone conversation. “When you get that headset on, you are in a world of semi-reality. The idea of falling is the most obvious sensation, and I am trying to work with that.”

I have always been interested in the way technology changes, and opens, perception

The work develops abruptly, from the depiction of an idyllic rural scene in a forest to a sudden and vigorous slide into the viscera of a human body, and then into a series of uncomfortable brushes with cliff-edges and the infinities of deep space. Kapoor says he is proposing a space that lies “between body and fantasy” in the work.

“The medium itself has this strange, dreamlike quality. And I am wondering, although I don’t know yet, whether it is a place where one can play psycho­analytic games.”

He says he approached the piece with “huge wariness”. “I have never been enamoured with the idea of narrative in my art, because it has so many pitfalls,” he says. “I didn’t have any ideas at the beginning, I just jumped in and found, through working with it, that there was something there.

“I have always been interested in the way technology changes, and opens, perception. And it is something which may lead to new ways of seeing, and feeling, and thinking. Who knows? Time will tell.”

The philosophical question at the heart of Abramović’s work, she says in a filmed trailer, is whether the new degree of immersion enabled by VR can result in increased empathy, “with the present and future victims of climate change”.

Can the experience of VR result in increased empathy ‘with the present and future victims of climate change’?

As might be expected from someone with her background in performance art, she demands interaction from the viewer: she asks to be touched as she reaches out from her glass cage, and then we are suddenly adrift in a violent sea, watching shards of ice slide off a huge glacier before us. (Spoiler alert for both works: approach with a strong stomach.)

Abramović’s themes are dystopian, confronting the possibility of an empathy failure: that we may not be able to reverse the alarming trends of climate change, and will drown in the tank alongside her. Our ability to save her via her app will not be through any financial transaction, but by what she calls the “transfer of energy” betweens saver and victim. Both works have been made in conjunction with Acute Art, a VR arts studio which says it has more pieces from prominent artists in the pipeline. Its chief technology officer, Dado Valentic, believes that recent improvements in VR technology have had a dramatic democratising effect on the potential to make art.

“There is now little difference between what can be made at Pixar, and what a graduate student can do. You don’t have to make millions of pounds to create a compelling VR piece,” he says.

What remains to be seen is how VR art — if it is going to last — will be experienced in the future: will it be shown in timetabled screenings in a gallery or museum, acting as a high-end multiplex cinema? Or will works be bought from a virtual online museum, to be enjoyed at home? And no one is able to predict how the art market, which has driven so much of the contemporary art boom of the past couple of decades, will react.

Kapoor sounds circumspect when he talks of the possibilities of VR. “At the high end of the scale, the extraordinary effects of sensation can achieve something poetic,” he says. “But on the other side, there is the possibility of making something ridiculous, that is not so different from a theme park or a fun ride. The kitsch and the sublime are very close to each other.” 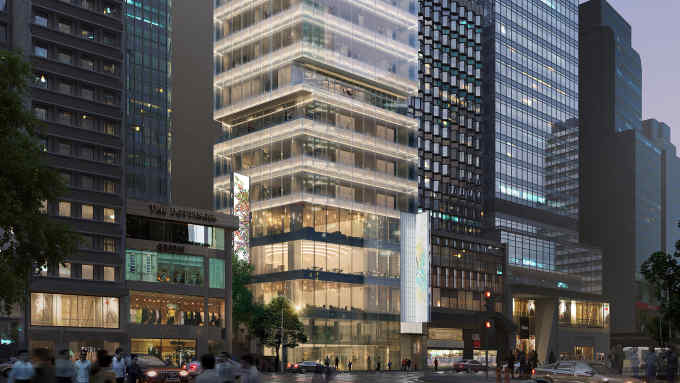