If you think the same, join us
FTfm Impact investing

When yet another Beijing critic was arrested in Hong Kong in August, activists turned to an odd form of solidarity — they started buying shares.

After Jimmy Lai, the owner of Apple Daily — a Hong Kong newspaper critical of China — was handcuffed along with other senior executives, the share price in the parent company spiked, jumping to its highest level in more than two years.

The reason: many activists, from journalists to democracy campaigners, bought up shares in Apple Daily’s owner Next Digital.

It was a rare form of conscience investing — an emotional move to pour money into a stock disregarding how the investment might pay off.

Stanley Wong, a columnist for Apple Daily, told the Financial Times he had bought 1.2m shares as a “show of support” for the company “and the values they stand for”.

Examples of such conscience investing are rare because the buying and selling is more a form of altruism than profiteering. It is a type of investing mostly associated with religious investors.

For example, the Catholic University of America in Washington requires its endowment to use investment strategies that align with the US Catholic bishops’ guidelines and Catholic teachings.

More recently, though, conscience investing has been overshadowed by environmental, social and governance (ESG) investing, which big Wall Street banks prefer because it prioritises risk management over ethical considerations.

ESG funds accumulated $71.1bn of net inflows globally between April and June this year, with assets under management exceeding $1tn for the first time, but many of the funds’ top holdings include Microsoft, Apple and other big companies found in non-ESG funds.

There are some clear, recent examples of conscience investing. In September 2018, Nike debuted advertisements starring American footballer Colin Kaepernick, who had previously sparked intense controversy for kneeling during the US national anthem. President Donald Trump castigated Kaepernick as unpatriotic. Though Nike’s stock initially dipped after the ads aired, just a week later the sportswear maker’s share price went above the pre-advert level. 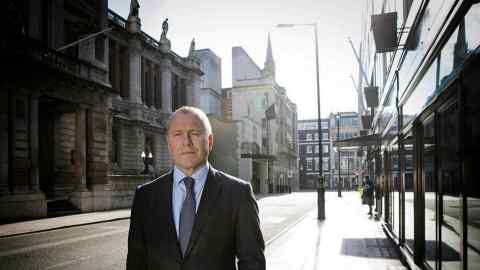 Increasingly, conscience investors are also using their shares to pressure companies to change behaviour — something that is happening now with the other big human rights issue involving Beijing: Xinjiang.

The detention of Uighur Muslims in the region has been known about for years. But their plight has received renewed attention in recent months thanks to controversy over the filming of Mulan in the region and the US secretary of state bashing the People’s Republic of China over the issue.

In February, two-fifths of Apple shareholders voted for the company to publish a report about its stance on human rights in China. And in September, Apple relented and published its first human rights policy.

Investors are asking technology companies for specifics about what software they are selling and to whom, says Anita Dorett, associate programme director of the Investor Alliance for Human Rights (IAHR), whose members include BMO Global Asset Management and Aberdeen Standard Investments.

She adds: “You have to do the due diligence on who the customer base is and if you are selling to the Chinese government then you need to take a higher standard of due diligence.”

The IAHR has organised investors to scrutinise companies for possible supply chain concerns linked to Uighur forced labour. Companies that do not talk with investors about the Xinjiang region can face shareholder petitions at annual general meetings. In September, Hennes & Mauritz, the world’s second-biggest clothing retailer by sales, said it would cut ties with yarn supplier Huafu Fashion. A report by the Australian Strategic Policy Institute alleged that a mill owned by the yarn producer Huafu Fashion Co in Anhui province had been using Uighur detainees as labour.

Xinjiang produces more than 20 per cent of the world’s cotton and is a significant producer of cashmere, according to the Center for Strategic and International Studies, a US think-tank.

Conscience investors have a potentially important role in pressing for change, maintains Patricia Jurewicz, founder and vice-president of the Responsible Sourcing Network, a non-profit fighting to end human rights abuses associated with minerals and other raw materials.

She adds: “We definitely leveraged the position of investors to encourage more action by companies.”