I had always worked with bankers — studying the executive MBA at Korea University Business School was the first time I had made friends with colleagues who did not work in finance. There were about 50 of us on the course. While most of us were from South Korea, we came from all types of industries and companies.

My classmates had a way of thinking that was quite different from mine, so the experience was very interesting. Even though I graduated from the programme four years ago, I still often contact them for their advice when I have difficulties managing my team or face big decisions.

I started my banking career in New Zealand. I had moved to Auckland in the 1990s to do a music diploma, having studied classical music in Korea, but I ended up being offered a job at HSBC. At the time, New Zealand was receiving a wave of immigrants from Korea and the bank needed someone who spoke English and Korean to explain financial products such as mortgages and credit cards.

I got married, had a child and then, after 10 years in New Zealand, was asked to join my boss, who had been appointed head of the South Korea office, to help him launch HSBC’s personal banking division there. Initially, my husband, who is also Korean, said I was crazy and would soon be back. We imagined my colleagues in Korean banking would be very conservative and domineering, but I had a great time: I settled down without any major problems, and my husband soon joined me.

A change was around the corner, however. I switched to corporate banking and was involved in one of the largest merger and acquisitions deals in South Korea, when Doosan, one of the country’s conglomerates, bought US construction equipment maker Bobcat in 2007. 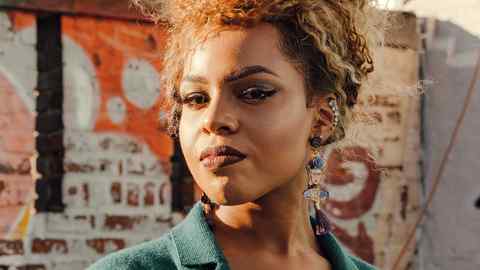 My career was going well, but then the financial crisis struck. Amid the cutbacks, I moved to Standard Chartered and then started thinking about doing an EMBA. At the time, my work involved helping Korean companies benefit from the China’s decision to internationalise its currency. This meant I was liaising with regulatory bodies and private clients, as well as being a team leader.

Previously I had mostly managed myself, but from here on I had to work with a team. The main reason for applying for the EMBA was to learn how to do this effectively.

I decided to apply to KUBS in Seoul as it has a good name and my previous boss was a graduate. Initially, I thought about doing a normal MBA, but he recommended I do an executive course to prepare myself for senior management roles in the organisation. My company paid about 60 per cent of the tuition fees and I funded the rest myself.

The course was part-time and lasted for two years. We would meet on Friday afternoons — my company would allow me to leave early — and on Saturday. We had a lot of homework, quite a lot of reports to read and then exams. I would normally get to school early on Saturday to study in the library and spend the whole of Sunday reading.

Without the understanding and support of my family and my boss, it would have been difficult to work and study at the same time. I was lucky to have a female boss who fully supported and understood my desire for career development.

I also had to give up on the idea of achieving a perfect balance between work and family. During my studies, my son was preparing for his university entrance exams and I couldn’t spend as much time with him as I wanted. But looking back, I think it made him more independent.

My favourite class was on corporate innovation, as we were taught how to assess and prepare for risk. My work is providing financial services for midsized companies in Korea. It used to be a predominantly manufacturing-focused economy, but these days we work with a lot of ecommerce and tech companies, which have completely different balance sheets. The EMBA taught me how to value companies based not only on their financial results, but on other intangible aspects such as intellectual property.

My work style has changed a lot since KUBS. I now rely more on colleagues whereas previously I would spend a lot of time trying to achieve the best result myself. It has allowed me to see the real value of people on my team — it was a really good change for me. Now I think about the young talent in my team and try to share with them what I learnt on my EMBA. I want to be a great coach.

As told to Patricia Nilsson