FT Financial Literacy and Inclusion Campaign: The US must confront financial illiteracy head-on

We freely discuss which vaccine we received. But conversations about money are somehow taboo
Mellody Hobson

The writer is co-CEO and president of Ariel Investments, chair of the Starbucks Corporation and a director of JPMorgan Chase

I have worked in the investment field for 30 years, and there’s still one mystery that eludes me: why is it so hard for people to talk about money? By talking about money, I don’t mean showing off. I mean discussing financial matters to inform, not impress. We’ll freely discuss which vaccine we received in an elevator with strangers. But a conversation about money rarely happens, even in a private setting with close friends.

I believe many Americans react uncomfortably to money talk because they lack knowledge. Avoiding the subject starts early and at home. I marvel at how parents pour their hearts into reading books about dinosaurs to a five-year-old when there’s zero chance they’ll ever face one. Meanwhile, the many financial matters a child is certain to confront are avoided. I’m not advocating talking about mortgage rates with preschoolers, but I do believe that as kids grow older, we should not be afraid of engaging them in practical financial conversations.

And yet, in our society, money is so taboo that American parents are more likely to discuss subjects such as sex and drugs than basic finances. Our educational system is not picking up the slack either. Most high schools don’t teach financial literacy — although some do still offer wood shop. Whittling in retirement may give people something to do, but I believe those golden years would be much more enjoyable for students who learn how to maximise their pension contributions.

For some families, money discussions are inescapable. Parents who are struggling financially will flat out tell their kids what they can’t afford. Those kids learn economic concepts like scarcity and opportunity cost the hard way.

This was my own experience. As a child, I lived on shaky financial ground. In our house, money was always on our minds, but not at all understood. My mom raised six children by herself in Chicago. I owe my work ethic to her. I was the youngest of the six and I watched her strive to support us. But despite her Herculean efforts, money was often tight. By the age of 10, I could read our “past due” electric bills and knew the exact amount of our monthly rent. The first cheque I ever saw bore my mother’s signature — on full display on the wall of the local grocery store where it had bounced. I was mortified every time our phone was disconnected or the lights were shut off. In our worst times, we were evicted and had to live in an abandoned building. Overwhelmed with shame, I hid these struggles from my friends, well into young adulthood.

My fear of our constant money shortfalls created a deep, gnawing desire for financial security. As a child, I was desperate to understand money — not to make it, but to master it. And if I mastered it, I could make wiser decisions. It’s no accident that I landed in the investment business.

What happens to a child often sticks with them forever because they haven’t developed advanced reasoning skills. A child doesn’t know how, when, or even if, a bad situation will end. I might seem a long way from my childhood, but the pandemic reawakened some of my unshakeable money fears. Watching my six year-old daughter made me wonder how my family would have survived the economic devastation so many have suffered over the past year.

Having experienced both poverty and plenty gives me a broad perspective at a time when our nation has become so polarised. It’s distressing to see people who are struggling rebuked by society for their economic shortfalls. In many communities, being financially secure is not just a matter of “working harder” or “being smarter.” No one should be castigated because they’re having trouble making ends meet. At the same time, no one should be condemned for doing well. We should neither vilify nor glorify a bank balance.

US capitalism promises an equal opportunity to compete and succeed. And yet, systemic inequalities exist. For example, college-educated black men have roughly the same income prospects as white men with only high school diplomas. Latina women work for 22 months to earn what their white male counterparts earn in 12.

For decades, a growing middle class was a sign of the economic health of this nation. In the 1970s, 61 per cent of American adults lived in middle-income households. Today, that number has as fallen to 51 per cent, and the gap continues to widen. For the first time, a generation believes their kids will be worse off than they are. That’s a real setback — emotionally, psychologically and financially.

The fact that millions of Americans lack a path to financial security has grave implications for our collective welfare. A more financially-literate society will help reverse this trend. So many of our country’s ills are economic. Ignoring or simply admiring the problem does nothing to fix it. America has solved difficult challenges before by being bold. We need to confront our financial illiteracy head-on with courage and empathy, less polarisation, more conversation and real education — at home, in schools and at work.

We’re at a critical juncture. I believe the US is facing an inequality pandemic, as well as a Covid one. And what we’ve learned from pandemics is that none of us are safe, unless all of us are safe. 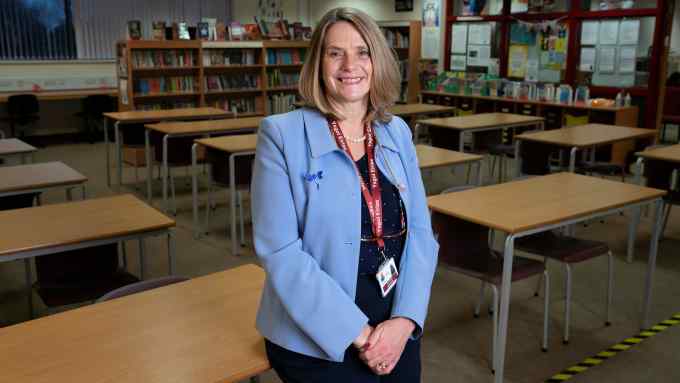