The number of living artists who have seen their work fetch $20m is very, very small. A highly significant addition to that super-select band is the Chicago-based African-American Kerry James Marshall, whose 1997 work “Past Times” smashed a whole set of records when it was sold a month ago to rap mogul P Diddy for $21.1m (with fees). Word has it that Diddy even outbid Marshall’s own dealer, David Zwirner, who was buying for a US museum.

So the appearance of two works by Marshall, one brand new, at Art Basel this week was bound to be of intense interest — and it’s hardly surprising that both found buyers in an early-hours slam dunk. While Zwirner sold “Vignette #12” (2008) to one private collector in the US, Jack Shainman gallery placed this year’s “Vignette (The Kiss)” with another. Neither gallery wishes to release information on the prices.

Art Basel is known as a “front-loaded” event, with a furious pace of selling in the first few hours of the VIP opening. If some very rapid star purchases seem almost too good to be true — for instance, Hauser & Wirth’s sale on Tuesday of “Composition” (1969), by the wonderful and much sought-after Joan Mitchell, for $14m — it is because the actual deal at the fair is likely to be the culmination of a much longer process. For such an important event as this, galleries put in many weeks of careful planning and prep beforehand, in selecting work for the booths, nurturing contacts with clients, collectors and museum groups, sending out images to chosen possible buyers, organising press and PR campaigns, and so on.

The rewards, if they judge it all right, can be impressive. And not only for the mega-galleries and their blue-chip names: the French abstractionist painter Bernard Frize, for instance, was a full sellout at Galerie Perrotin, with 18 works changing hands on the fair’s first day at prices between €30,000 and €150,000. Meanwhile at Bologna’s P420 gallery, three works by the veteran Italian sculptor and installation artist Paolo Icaro found buyers, at prices from €35,000 to €80,000.

It is always hard to identify trends at fairs with such an immense range of works on offer, but the Icaro sales are among those that show clients unafraid of adventurous 3D work. Others include Haegue Yang’s “Sol LeWitt Upside Down” at Kukje gallery (in the range of €45,000-50,000), a 2012 iteration of Ai Weiwei’s “Coca Cola Vase” (€280,000 at Lisson gallery) and, at Mitchell-Innes & Nash, “Alcohol Shelf (Archive Version)” (2001-09) by the artist known as Pope.L went for approximately $100,000.

Art Basel continues until Sunday: there is still time to investigate for yourself. 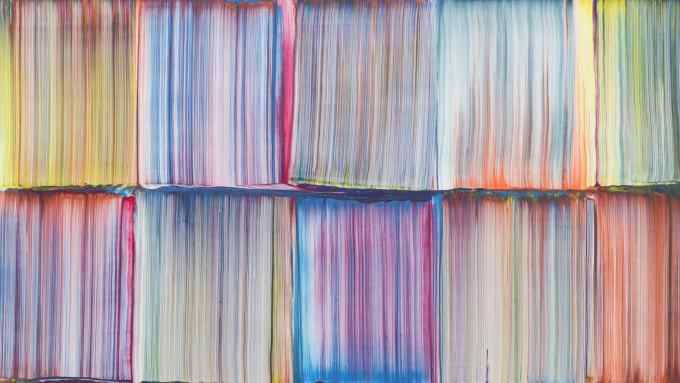