Art Basel’s Marc Spiegler: ‘The future of the art world is not digital’

In early February, after a single week’s worth of escalatingly bad news, Art Basel Hong Kong became the first art fair cancelled by the wide-ranging disruptive impacts of Covid-19. We were only six weeks from opening day — thousands of artworks were already on cargo ships, while others were being finished in studios all over the world. Suddenly, they had no place to be shown.

Fortunately, we had long been working on a new digital platform — it was intended to run in parallel to the fair, featuring works that were not in the booths. Pivoting, we scrapped that concept, accelerated development, and launched the Art Basel Hong Kong Online Viewing Rooms in the same week the show would have taken place. Each gallery could show 10 works, in the first days to VIPs, and then to the whole world.

Over the next few months, many more fairs were cancelled. Most launched new digital platforms or rapidly formed alliances with existing art-market sites. Simultaneously, as gallerists all over the world sheltered at home, many scrambled to launch their own online viewing rooms. David Zwirner, whose gallery had been the first to launch such a platform — two years ago during Art Basel’s Swiss edition — invited younger colleagues to show works on his site, while veteran dealer Jeffery Deitch founded GalleryPlatform. LA, which will host 80 galleries from the city, 10 at a time over the course of eight weeks, alongside editorial pieces on the Angeleno art scene.

The art world’s inboxes started teeming with invitations to everything from virtual readings to digital-only exhibitions. Prices were published for far more works than ever before, giving buyers long-desired transparency. In an industry that was working via PDFs only a few months before, the novel coronavirus had catalysed a rapid digital renaissance.

Soon, a utopian meme started circulating. For years, the art market has been digitalising at a markedly slower rate than other industries, but the lockdown would finally force the reactionary art world into fully embracing the digital. Moving forward, galleries could do away with renting large spaces and participating in expensive fairs. As the art world’s entire artistic production became accessible to anyone with a WiFi connection, the meme continued, our carbon footprint would shrink immensely. And great collections would now be built through virtual reality platforms, where comparison shopping would be as easy as browsing through Amazon.

And that’s where it all falls apart, at least for me. Because an Amazon art world sounds more like hell than heaven. It is a world with no power to move our souls. Yes, you can watch an Arthur Jafa video on YouTube, but that’s nothing like having his pulsating images fill your frame of vision while the soundtrack’s bass courses through your bones. No VR app can replicate the experience of walking through Mike Nelson’s industrial-materials takeover of Tate Britain’s halls last autumn.

Even flatter media, such as paintings and drawings, suffer when digitised. Julie Mehretu’s monumental paintings, for example, lose much of their kinetic power on a laptop screen. And you can’t really understand most galleries without visiting their physical spaces. That’s where the artists of the programme have chosen to show, after all — not in a fair booth, or embedded within an array of thumbnail images.

Fortunately, the Amazon art world won’t come to pass. For one thing, artworks are unique, and thus not so easily commodified. They have no utility value, no truly provable worth, no strict comparables. All of which makes buying art an act of trust. It goes both ways, too, because galleries build the reputation of their artists by selling to great collections, while avoiding the speculators who might rapidly “flip” works into auction. And when it comes to judging character, humans remain primordial — we’re not just reading and hearing a person’s words, but also clocking their body language, the movement of their eyes and the minor inflections in their voice. Finally, art world events have an important function for the market, since the players use them as venues for rapidly discovering new artists, tracking the evolution of prices in real time, trading in the information that underpins the market and forging new alliances.

In fairness to the futurists, the locked-down art market has not been dead. In many cases, galleries have been pleasantly surprised at the sort of sales they can make via Zoom rooms, FaceTime and social media campaigns. Does that prove the market can move more fully to digital? No. Because when you talk in depth to gallerists and collectors about the quarantine times, what becomes clear is that existing relationships tend to be the surest driver of digital sales. In that sense, a gallery’s success during lockdown tends to be the direct result of relentless travel before the jets suddenly went quiet in March.

None of which means that once the crisis passes we will return to the art market we knew before. The skills that gallerists have developed under duress will not be unlearned, nor will their investments in online operations be abandoned. And it’s been amazing to watch the art world rapidly innovate.

An Amazon art world sounds more like hell than heaven. It is a world with no power to move our souls

On the first day of our Art Basel Hong Kong Online Viewing Rooms, for example, I was tipped off about a Zoom room that six galleries had set up to walk clients through their “booths”. When I joined the session — held in Mandarin, to my surprise — more than 350 people were present. Later in the week, I attended a Milanese collector group’s Zoom aperitif to discuss the show’s highlights. It goes beyond just galleries, of course — museums have dug deep into their collections to create an avalanche of editorial content, while Christie’s is planning a “relay auction” starting in its Hong Kong sales room, then moving to London before ending in New York.

Next Wednesday, VIPs will enter our second Online Viewing Rooms. Among many improvements, we have added a feature allowing galleries to embed a video for every artwork — some plan to upload close-up panning shots of their pieces, while others have filmed short clips of artists talking about their works. Furthermore, dozens of galleries are staging digital events in parallel to the show — from studio tours to performance pieces.

Perhaps most interesting is the clicks-and-mortar approach many galleries are concurrently planning: more than 30 Berlin galleries that are part of the “Basel by Berlin” project will be physically installing works from our online booths in their own galleries, so that collectors can actually see the works “hanging” on the Art Basel platform.

So, here is my Utopian vision: galleries, museums and fairs will reopen this year. Art lovers will have an immense pent-up desire to see art, and each other, in the flesh. The art world will establish a new modus vivendi and new migratory patterns. But the interstitial time between events will be far richer than ever before, as will the content available to those residing in the more peripheral areas of the art world.

Long threatened by a consolidating market, myriad young and mid-level galleries will be highly active online, and thereby extend their base, particularly among the next generation of collectors. Deploying a whole new toolbox of digital skills, galleries and museums will be better positioned to work at a distance in generating support for the programmes.

It’s not the Amazon art world. It’s a hybrid landscape, where digital and physical are intermeshed rather than disconnected, creating a broader ecosystem of people all over the world engaging as artists, gallerists and patrons of culture. 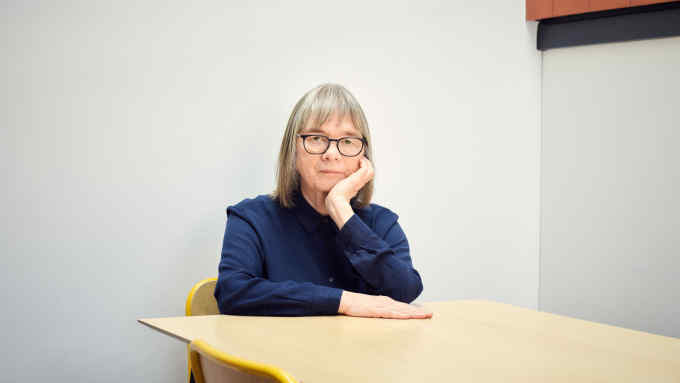