Academics have found that thematic ETFs, which serve specialist investment interests such as biotechnology, renewable energy or gender equality, on average underperform the stock market on a risk-adjusted basis by about 4 percentage points a year for at least five years following their launch.

The academics analysed ETFs traded in the US between 1993 and 2019.

“On the one hand, investors can now access financial markets at low cost, which can be welfare-improving because it allows broader risk sharing. On the other hand, the marketing strategies of specialised ETFs attract unsophisticated investors to underperforming investment propositions,” the authors of the paper, which was published earlier this month, concluded.

Itzhak Ben-David, Francesco Franzoni, Rabih Moussawi and Byungwook Kim argue in their paper Competition for Attention in the ETF Space that the huge growth in the ETF industry has intensified competition to the point that issuers are “competing for investors’ attention by emphasising either the low price or the product’s unique features”.

Despite their warnings, the unique features of a thematic fund can pay off for an investor, as they have for investors in Invesco’s Solar ETF (TAN), which was the best performing ETF in 2020 producing net returns of 231 per cent over the year, or for the Ark Genomic Revolution ETF (ARKG), which delivered net returns of more than 180 per cent.

But the academics’ research suggests that for most thematic ETFs the higher fees they charge are not justified.

One of the problems is that by the time many investment ideas become fashionable they have reached their market peak. This risk is heightened by there being a delay of several months between the decision to launch an ETF and the resultant listing.

Elisabeth Kashner, director of ETF research and analytics at FactSet, a data provider, agreed that timing was crucial. “There’s the potential for outsized success but also the potential for outsized distress,” she said, adding that while it was possible to pick a popular investment when there was still plenty of upside, it was very hard for any investor to get the timing right.

However, Matt Tagliani, head of product and sales strategy at Invesco Emea ETFs, said thematics were likely to remain popular despite their inherent risks.

“Thematics almost by definition are a bit more cyclical in nature,” Mr Tagliani said, but he argued that people wanted to have access to investment tools that enabled them to express their own views.

“It’s difficult to decide when valuations are so high, but you’ve got to put your money somewhere. You can’t just put it under the mattress.”

Increasing interest in investing according to good environmental, social and governance (ESG) principles was also driving interest in thematics, he said, adding that if you have stocks with a story behind them such as solar or wind power, an investor might be attracted to them as a catalyst that could drive change.

That marketable story aspect is one of the main concerns underlined by the academic research, however. Noting their findings that indicated disproportionate interest in thematics from retail investors in comparison to their theoretically more informed institutional investor counterparts, Mr Ben-David said the research threw up an important question about the role of financial innovation: “Is it a good feature? Is it something that society should promote?”

Mr Tagliani said disappointment was something that fund managers also wanted to avoid. “The biggest concern you have is people buying your fund for the wrong reason,” he said.

However, as Ms Kashner said, thematic ETFs are markedly different to their broad-based forebears. “The original promise of index investing is hard to recognise in these narrow funds,” she said. 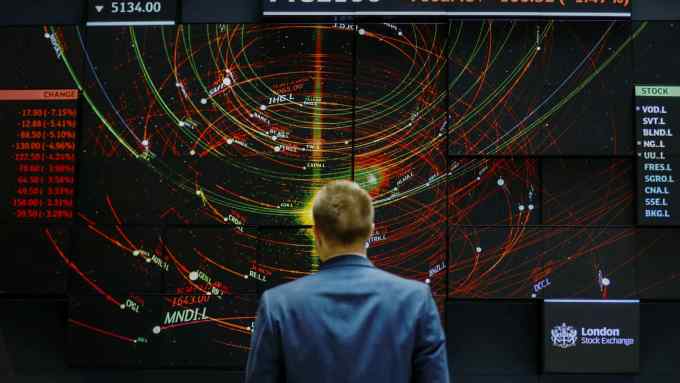