We use cookies (opens in new window) for a number of reasons, such as keeping FT Sites reliable and secure, personalising content and ads, providing social media features and to analyse how our Sites are used.
Manage cookies
Accept & continue
US

Uber’s new finance chief is ready for the spotlight

Uber’s initial public offering will be big, complicated and heavily scrutinised. The company’s turbulent history, its still-enormous losses and its status as the first of a generation of supersized private technology companies to enter the public markets — all these things make planning the flotation one of the most high-profile jobs in tech.

This week Uber hired a seasoned Wall Street insider to pitch itself to banks and investors, and Nelson Chai says he is up for it.

“Unless you’ve been there, you haven’t,” he said of high-pressure situations in which “you end up on A1, the front page, of whatever paper you can think of.”

Speaking to the Financial Times after being appointed chief financial officer at the car-booking company, Mr Chai pointed to his experiences at Merrill Lynch during the financial crisis and of previous experience taking companies public and striking big deals as preparation for the challenge — and spotlight — that his job at Uber bring.

Mr Chai will play a significant role in the process of selling Uber’s business model and its promise that, despite racking up $4.4bn in losses in 2017, it can eventually convert successful revenue growth into profitability.

“A big part of it will be pressure checking the story and working with Dara [Khosrowshahi, Uber chief executive], the team and the underwriters to make sure you have a story that makes sense to take public,” he said.

A 53-year-old father of three, Mr Chai has spent much of his life on the East Coast. He was born in New York and educated at the University of Pennsylvania, where he earned a bachelors degree in economics, and Harvard Business School.

His inaugural turn as a finance chief came at Archipelago Holdings, one of the first US electronic stock exchanges, which he helped take public in 2004. A year later, he was closely involved in its sale to the New York Stock Exchange. That deal turned NYSE into a public company and Mr Chai was appointed its chief financial officer.

NYSE is where Mr Chai first worked with John Thain, then the exchange’s chief executive. He would become a top aide to Mr Thain, a relationship that continued through three companies and later helped pave his way to Uber, where Mr Thain sits on the board of directors.

At NYSE, Mr Chai was involved in the company’s global expansion, including its 2006 acquisition of Euronext and its investment in India’s national stock exchange.

In late 2007, Mr Thain was hired to turn round the troubled financial firm Merrill Lynch, which was teetering as a result of its exposure to subprime mortgages. Mr Thain quickly hired Mr Chai as Merrill’s CFO, and the two men were swept up into the ballooning financial crisis.

Merrill’s finances worsened in 2008 as the market for its securities collapsed. Nine months after Mr Chai joined the company, on the weekend that Lehman Brothers collapsed into bankruptcy, Mr Thain sold Merrill to Bank of America for $50bn.

That deal was soon plagued with controversy: in January 2009, BofA ousted Mr Thain amid scrutiny over a $1.2m office redecoration and billions of dollars in bonuses paid to Merrill employees ahead of the deal closing three weeks earlier. In 2012, BofA agreed to pay $2.4bn to settle a shareholder lawsuit alleging it hid Merrill’s losses and bonuses from investors.

Most recently, he was chief executive of The Warranty Group, a Chicago-based insurance company that until last year was part of the portfolio of TPG, the private equity group that also holds a stake in Uber. TPG, along with Mr Thain, suggested Mr Chai as a CFO candidate to Mr Khosrowshahi. 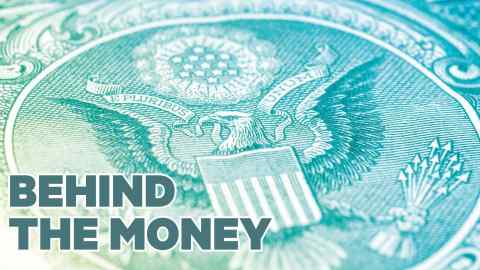 Mr Khosrowshahi told the FT that Mr Chai fit his search for “a professional who has experienced good times and tough times . . . He’s a person who’s shown a lot of resilience and while I think the end state at this company is going to be pretty darn incredible, it’s going to come with lots of bumps on the road.”

He also praised Mr Chai’s experience as chief executive. “He knows what it feels like to sit in that chair, and you can’t say that about a lot of people in this world.”

Mr Chai is the latest Wall Street veteran to head to Silicon Valley, following a path trodden by Ruth Porat, who became Alphabet’s CFO in 2015 after a long career at Morgan Stanley, and Anthony Noto, who helped take Twitter public as co-head of tech, media and telecoms banking at Goldman Sachs before joining the company as CFO the next year.

Mr Chai said was he looking forward to the change. “The whole financial services world has gotten different,” he said. As Uber and its peers puzzle through their evolution from privately held unicorns to mature public companies, he said, “there’s an excitement about the growth aspect”.