Seven ways technology has changed us

It has become customary to talk of “technology” as if it were a special sector of the economy consisting of the manufacture of sophisticated electronic goods, the creation of software, and the provision of services reliant on information and communications technology. 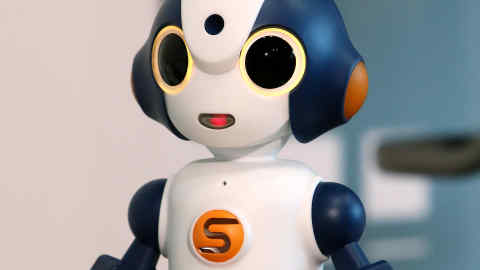 This is a ludicrously narrow definition. Every technique human beings have invented, from the stone axe onwards, is “technology”. The ability of humans to invent technologies is their defining characteristic. Furthermore, new general purpose technologies, such as the computer and the internet, have effects that fall far outside the technology sector, narrowly defined.

We need to assess contemporary innovations in their broader context. Here are seven points about these changes.

First, the penetration of recent innovations in communications technology has been astonishingly rapid. At the end of 2015, there were more than 7bn mobile phone subscriptions, a penetration rate of 97 per cent, up from around 10 per cent in 2000. Penetration of internet access grew from 7 per cent to 43 per cent over the same period. (See chart.)

Economically, this has led to the rise of ecommerce, the transformation of industries whose products can be converted into “bits" (music, film and news media, for example) and the rise of the “sharing economy”. Socially, it has altered human interactions. Politically, it has affected relationships between the rulers and the ruled.

Information is power. It is not yet clear whether the rapid spread of access will prove more important than the persistent differences in its availability. But there is reason for optimism. The ability to leapfrog poor communication and financial networks has already transformed some developing countries.

Third, the arrival of the internet and mobile phones has failed to generate a sustained upturn in the growth of productivity. This is shown best by the US, the leader in the development of the new technologies and, for more than a century, the world’s most productive and innovative large economy.

A decomposition of the sources of growth in productive capacity underlines the point. Over the 10 years up to and including 2015, the average growth of “total factor productivity” in the US — a measure of innovation — was only 0.3 per cent a year.

We should not be surprised. As Robert Gordon of Northwestern University argues, clean water, modern sewerage, electricity, the telephone, the radio, the petroleum industry, the internal combustion engine, the motor car and the aeroplane — all innovations of the late 19th and early 20th centuries — were far more transformative than the information technologies of the past 75 years.

Some argue, against this, that statisticians are failing to measure output correctly, partly by failing to capture free services, such as search, which generate vast unmeasured surplus value.

Fourth, the new technologies have reinforced tendencies towards greater inequality, in at least three respects. One is the rise of “winner-takes-all” markets in which a few successful people, businesses and products dominate the world economy. Another is the rise of globalisation. A last is the explosion in financial trading and other rent-extracting financial activities.

Some argue that the arrival of robots and artificial intelligence will transform labour markets, rendering even quite sophisticated skills redundant. This could, if true, generate divisions between the owners of the robots and the rest of the population as fundamental as those between landowners and landless labourers.

Fifth, the rise of global communications, of our reliance on cyberspace, of behemoth technology-enabled corporations and of “big data” raises difficult questions about privacy, national security, the ability to tax and, more broadly about the relationship between governments, corporations and individuals.

Sixth, the rise of pluralistic interactive media is affecting politics. Wider access to knowledge is a potential boon. But the new technologies can also be used to disseminate lies, hatred and stupidity.

Finally, technologies are tools. They offer opportunities and dangers. What we make of them is, as always, up to us.