We use cookies (opens in new window) for a number of reasons, such as keeping FT Sites reliable and secure, personalising content and ads, providing social media features and to analyse how our Sites are used.
Manage cookies
Accept & continue
Online learning

How the table is researched and compiled

The FT Online MBA ranking features the world’s best programmes. A total of 22 schools took part in the 2017 edition.

All participating schools must meet the FT’s strict entry criteria. The school must be internationally accredited and programmes must have run for four consecutive years. At least 70 per cent of the content must be delivered online. The participants must also pass a selection process before enrolling and an examination process before graduating.

Data were collected through two online surveys — the first completed by schools and the second by alumni who graduated in 2013. Some 600 alumni responded — about 21 per cent.

The ranking has 18 criteria. Alumni responses inform nine criteria that together contribute 65 per cent of the ranking’s total weight. Eight criteria are calculated from school data, accounting for 25 per cent. The remaining criterion, the research rank, counts for 10 per cent.

The first two alumni criteria are average income three years after graduation and the salary increase compared with their pay on graduation, with respective weights of 20 per cent and 10 per cent. For the latter, half of the weight applies to the absolute increase and half to the percentage increase (the published figure). Salaries are converted to US dollars using the International Monetary Fund purchasing power parity rates published in October 2016.

The salaries of non-profit and public sector workers and full-time students are removed, as are the highest and lowest salaries for each school, in order to calculate a normalised average. Finally, salaries are weighted to reflect differences between industry sectors.

“Value for money” for each school is calculated by dividing average alumni salary three years after graduation by the programme’s total cost, including tuition fees and other expenses. Any financial help given to alumni is subtracted from the total cost. 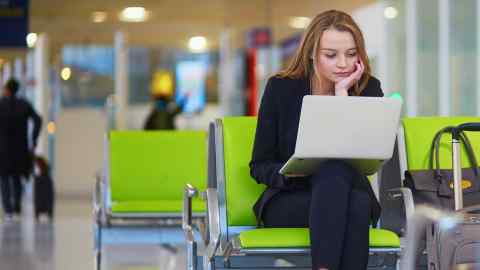 School criteria include the diversity of staff, board members and students by gender, nationality and the online MBA’s international reach. For gender criteria, schools with a 50:50 composition score highest. With the exception of the “PhD graduates” category (see key), school data are gathered using 2017 information only.

The research rank is based on the number of articles by full-time faculty in 50 internationally recognised academic and practitioner journals. The rank combines the number of publications from January 2014 to December 2016, with the figure weighted relative to the size of the faculty. The list of journals counted towards this criterion was updated and increased from 45 to 50 following a consultation with business schools in June 2016.

The Online MBA Ranking is a relative listing. Schools are ranked against each other by calculating a Z-score for each criterion. The Z-score is a statistic that shows where a score lies in relation to the mean. These scores are then weighted as outlined in the ranking key and added together for a final score.

After removing the schools that did not meet the response rate threshold from the alumni survey, a first version is calculated using all remaining schools. The school at the bottom is removed and a second version is calculated, and so on until the top 20 have been identified. The top 20 schools are ranked accordingly to produce the 2017 list.