Sign up to myFT Daily Digest to be the first to know about MBA news.

Isenberg School of Management has made the top three of the FT Online MBA Ranking for the first time, coming behind IE and Warwick business schools, in first and second places, respectively.

The school at the University of Massachusetts Amherst recorded its best performance, jumping six places to third. Spain’s IE Business School — which has a corporate learning alliance with the FT — and Warwick Business School in the UK retain the positions they have held since this ranking was launched in 2014. 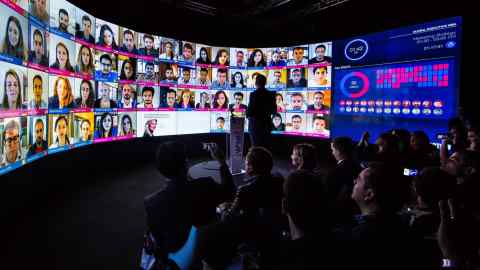 The ranking of 20 business schools is based on surveys of the institutions and alumni who graduated in 2013. MBAs are assessed according to the career progression of alumni, the quality of the online delivery, idea generation and the diversity of students and faculty.

Improving graduate salaries are one of the main reasons for Isenberg’s rise. Its 2013 alumni now earn an average of $159,000, 43 per cent more than their salary on graduation and the fourth-highest salary of the 20 ranked schools. The school is also in the top five for value for money and top three for programme delivery and online interaction. Faculty were always available within 24 hours, wrote one graduate, adding that “the active and robust interaction among students certainly kept me engaged”.

This is IE’s fourth year in the top spot. The Madrid school has the highest proportion of graduates working at department head level or above — 62 per cent against 39 per cent on average for all ranked schools. They also earn the highest salary on average — at $191,000, the pay is 44 per cent higher than what they earned at graduation.

IE scores well on other criteria, too: its alumni are most likely to say they achieved their aims and the MBA has the highest proportion of international students, at 96 per cent. It is in the top five for career progress, careers services, programme delivery and online interaction.

At 18 months, the time limit on IE Business School’s online MBA is the shortest. Some 20 per cent of the teaching and coursework takes place on campuses or at local study centres. The proportion of the programme taught on site increased in the past year when IE introduced new face-to-face workshops on leadership.

Four programmes make their debut in the ranking this year — three from the US and a joint programme, EuroMBA, delivered by six European schools from five different countries. George Washington University, in sixth place, is the highest new entrant.

The FT requires at least 70 per cent of programme content to be delivered online for the MBA to be eligible for the online ranking. Seven of the ranked programmes are run entirely online.

Nonetheless, online technologies provide new opportunities. AGSM at UNSW in Australia, for example, is trialling virtual internships. Virtual interns use online tools to contribute to team-based problem solving and decision making, without having to commute each day.

“A great advantage is year-round availability,” says Julie Cogin, director of AGSM, adding that some industries were more receptive than others to this new tool. “The highest number of positions available are in fields that are most conducive to working independently and in an online setting, such as start-up technology firms.”