Woodford and partner rake in £20m dividends amid crisis

Former star fund manager Neil Woodford and his business partner Craig Newman reaped close to £20m in dividends in the last financial year even as the crisis at their investment house escalated, according to analysis by the Financial Times.

The estimate assumes an average fee of 0.5 per cent on the £12bn of assets Woodford Investment Management had under management during the year to March 2019. People familiar with the company’s accounts confirmed the calculation.

Mr Woodford and Mr Newman, who together set up Woodford Investment Management after leaving US asset manager Invesco, received dividends of £98m in previous years between 2014 and 2018.

The business imploded this month after Mr Woodford was fired from his flagship fund and resigned from two others, abruptly ending more than three decades of managing investors’ money.

The FT analysis assumed that expenses and the tax rate for Woodford Investment Management were in line with those of the financial year that ended in March 2018 and that there were no additional large one-off items in the 2018-19 financial year.

Results for the group for the 12 months to March 31 are due to be published in late December or early January.

In 2016, Mr Woodford and Mr Newman restructured their business in a way that enabled them to be paid in dividends, reducing their personal tax rate.

Profits from Woodford Investment Management are transferred to a second company, Woodford Capital, of which the two men are the only directors. Mr Woodford owns two-thirds of Woodford Capital.

Mr Woodford and Mr Newman have already paid their tax for the most recent financial year, according to a person familiar with the matter. 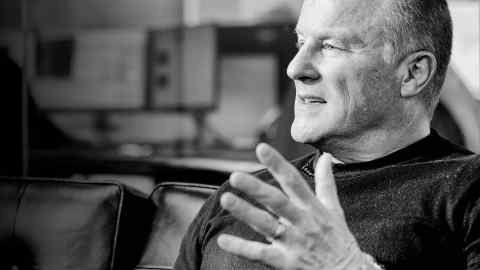 After the Equity Income fund was suspended at the start of June, Woodford Investment Management continued to receive £65,000 a day in fees, totalling more than £8m by the time the fund was closed by its administrator this month.

“The Woodford saga hints at a wider practical dysfunctionality across the UK’s fund management industry,” said Luke Hildyard, director at the High Pay Centre, a think-tank. “It shouldn’t be possible for directors to profit so lavishly from such disastrous performance.”

There was a rare piece of good news for Woodford investors last week. UK asset manager Schroders agreed to take over the management of Woodford Patient Capital Trust, which was launched in 2015 to invest in often unlisted companies with long-term growth potential.

Shares in WPCT, which had plunged more than 60 per cent this year, recovered some of those losses last week on the appointment of Schroders.

Get alerts on Neil Woodford when a new story is published