Andy Bounds in Huddersfield and Peter Foster in Brighton

The Conservative mayor of the West Midlands, Andy Street, is pressing the government to strike a more ambitious trade deal with the EU to avoid a stark recession in the UK’s manufacturing heartland.

Mr Street, whose election as mayor in 2017 paved the way for the party to take Labour strongholds in the region at the general election two years later, has lobbied the government to secure tariff-free exports.

In letters to Liz Truss, international trade secretary, to David Frost, the UK’s chief Brexit negotiator, and to local MPs, the mayor has warned that unless a trade deal includes preferential rules of origin terms, West Midlands exporters could face tariffs of up to 10 per cent on their EU bound goods, pricing them out of the market.

Modelling by the University of Birmingham found tariffs could reduce the regional economy by 12 per cent, and add £3,000 to the average cost of an exported car.

The region is home to Jaguar Land Rover, electric taxi maker LEVC, aerospace and automotives component maker GKN and thousands of other suppliers.

Preferential rules of origin would allow goods assembled with parts from beyond the EU and UK to be classed as UK made, and therefore included in tariff-free trade.

Mr Street said: “Due to our strong manufacturing sector, which includes exporters that rely heavily on complex supply chains that span continents, the West Midlands is more exposed than other parts of the UK to a trade deal which doesn’t protect export industries.”

That would hit UK carmakers, including Nissan and Toyota, which import a significant proportion of their components, such as hybrid systems, from Japan and look likely to face tariffs even if a trade deal is done.

Margot James, a former Tory minister, and executive chair of Warwick Manufacturing Group, said manufacturers were concerned. “This impact is particularly relevant for manufacturers in sectors such as electric vehicles, where significant imports of components are currently from outside the EU.”

According to Mr Street’s letter, the West Midlands exports more than £16.6bn annually, with 38 per cent destined for the EU. Machinery and transport goods account for 71 per cent of the total.

But the call for more preferential terms on rules of origin has so far fallen on deaf ears in Brussels where UK negotiators are now in the final stages of trying to reach a comprehensive free trade agreement with the EU.

In September Lord Frost wrote to the car industry admitting that the European Commission had refused a deal that would allow UK carmakers to count non-EU inputs as British for the purposes of the free trade agreement.

Under the terms of a typical EU free trade agreement about 55 per cent of a car must be made in the country in question in order to qualify for “zero tariff” access to the EU single market. 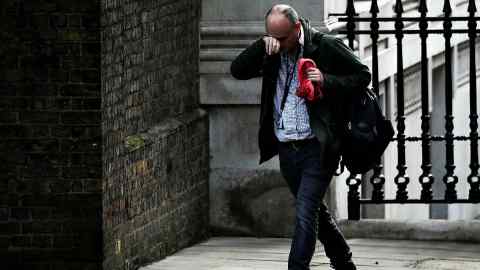 However, Lord Frost wrote that the EU had made clear “that it will not agree third country cumulation in any circumstances, which we regret, but obviously cannot insist upon”.

Michel Barnier, the EU’s chief negotiator, has argued that allowing the UK to count inputs from other EU trade partners as “British” would not be in the medium-term strategic interests of the bloc.

In a speech in June, Mr Barnier said such a scheme would enable the UK to become a “manufacturing hub” for the EU, assembling materials and goods sourced all over the world, and then exporting them to the EU single market as “British” goods tariff and quota-free.

A Lexington Communications report in October highlighted the danger to the government of a manufacturing downturn. There is a disproportionately high number of manufacturing jobs in 35 newly won Tory “red wall” seats, where the number of jobs comfortably outstripped the size of the Conservative MP’s majority.