Did you know that this is Furmint February? You might not even know what Furmint is. It’s not a breath freshener or a sweetmeat but the signature grape variety of Hungary’s most famous wine, known as Tokaji in Hungarian and once known widely as Tokay.

In the 18th century, when sweet wines were the height of fashion, Tokaji was considered an elixir of life. It was quite possibly the most famous wine in Europe.

After the collapse of communism in 1989, western wine companies flooded into the volcanic Tokaj region to invest in its vineyards and its network of cellars, lined typically with thick black mould.

And since then, there has been nothing short of a revolution, leading to a most impressive upgrade in the quality of this historic wine. Instead of churning out cheap sticky stuff for Soviet markets, local expertise has been allowed — nay, encouraged — to flourish.

Yet this has been a distinctly qualified success. The problem is that sweet wines are regrettably so unfashionable.

And while the nobly rotten sweetness of Tokaji is amply balanced by a crystalline acidity that can preserve it for decades, people still aren’t buying this sort of wine — known as Tokaji Aszú — in great quantities. (Aszú is the Hungarian name for grapes and wines affected by noble rot, the process by which fungus attacks grapes, making them extremely sweet.)

Another problem is that summers have been getting hotter and drier. As a result, the number of vintages in which the noble rot fungus (which needs humidity) does its sugar-concentrating work and Aszú berries are produced has declined from an average of about six per decade to three. The really sweet wines that characterise Tokaji are, therefore, much, much more difficult to make these days. 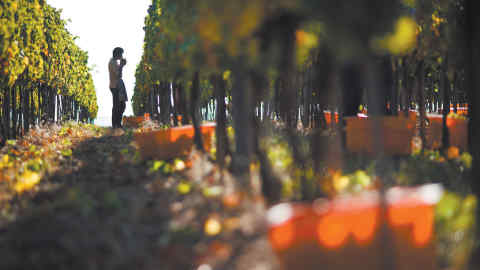 In 2000, Tokaj’s uncrowned king of winemaking, István Szepsy, experimented with making a dry wine from the Furmint grown in a particularly characterful vineyard, Úrágya, in the delightfully named village of Mád.

At a presentation of his wines in Budapest in 2010, he explained: “It was made by chance. I didn’t want to make dry wines because I didn’t believe in them then, but we didn’t have enough Aszú grapes to work with. I tasted this and thought, ‘Hmmm.’ ”

It was still a miracle of complexity at 10 years old, even if it lacked the absolute tension of Szepsy’s next attempt at a dry Furmint in 2003. This beautiful wine was made from a part of the highly regarded Szent Tamás vineyard that Szepsy reckoned wasn’t suitable for sweet wine production.

After Szepsy made his examples in 2000 and 2003, it came to the general attention of Tokaj wine producers that these dry wines were rather good and might be considerably easier to sell than more expensive sweet wines. 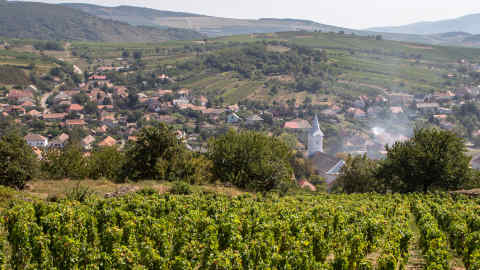 Since then, dry varietal Furmint has really caught on, and single-vineyard wines, both sweet and dry, have become a focus for Tokaji producers. Royal Tokaji, for example, the producer founded with encouragement from my fellow wine writer Hugh Johnson, made its first dry Furmint in 2009; and recently renamed its entry-level version The Oddity in an attempt to persuade people to try it out of curiosity.

Today, most of the 120 producers in the Tokaj region tend to assign a good half of their grapes to dry wine initially and then leave the rest on the vine, hoping that noble rot will eventually arrive and yield the Aszú berries needed for a sweet wine. Yet, as Hungarian wine writer László Bálint pointed out in a recent seminar in London: “Hoping for Aszú can be a real risk. If you went all out for Aszú, you’d go bankrupt in a year.”

Furmint is an ancient grape variety that seems to have originated in Tokaj, where it is by far the dominant grape, although there is also a little perfumed Hárslevelü and grapey Muscat.

Furmint is also now grown in other parts of Hungary, in Croatia and north-eastern Slovenia, where it’s known as Šipon and where some rather well-priced dry varietal examples such as those from Verus and Dveri-Pax can be found.

Although Furmint has a wonderfully strong character — all fire and brimstone on a dried apricot base — it is not that easy to make a fine dry wine from it.

It has particularly thick skins full of chewy phenolics, so care is needed to make dry whites that are not too astringent. For the same reason, yields should not be too low, otherwise these dry Furmints would be just too concentrated.

Instead of churning out cheap sticky stuff for Soviet markets, local expertise has been allowed to flourish

This year is the second Furmint February and 36 producers have been to London to drum up enthusiasm for the grape. I concentrated on the dry wines and found quite a variety of styles. Some were slightly too obviously oaky, while others were relatively simple wines made in stainless steel.

Clearly, dry Furmint has the ability to age: the Füleky 2014, for example, was still fresh and remarkably lively for a five-year-old wine. That said, I found a slightly stale beeswax character in some other older wines that was a little off-putting.

Most of them were 100 per cent Furmint, and I assumed that blending with other grapes might dilute the quality, but, in fact, Gizella’s Furmint with 15 per cent Hárslevelü was delightful. This producer seems particularly conscientious, making wines with notable purity.

Yet the one whose wines really stood out was Szepsy. Dry Furmints tend to retail in the UK for about £12 to £25 a bottle but a retail price of £34.50 was given in the tasting booklet for Szepsy’s Estate Furmint, while the famous Úrágya and Szent Tamás single-vineyard bottlings were £58.50 and nearly £100, respectively.

Other producers whose wines stood out for me, for quality and/or value, were Barta, Carpinus Family, Disnókö, Dobogó, Grand Tokaj, Szarka Pince and Zsirai.

With recommended retail prices and UK importers where relevant.

Follow @FTMag on Twitter to find out about our latest stories first. Listen to our culture podcast, Culture Call, where editors Gris and Lilah dig into the trends shaping life in the 2020s, interview the people breaking new ground and bring you behind the scenes of FT Life & Arts journalism. Subscribe on Apple, Spotify, or wherever you listen.