G20: US and China tensions dictate against multilateralism

A decade ago, as the global financial crisis gripped one economy after another, the need for co-ordinating policy became acute. Central bankers, as is often the case, were the first to move, agreeing an orchestrated interest rate cut in October 2008 and establishing dollar swap lines to keep liquidity flowing into markets.

But even governments, traditionally slower to act together, were stung into action. The G20 grouping of large economies, founded in 1999 as a response to the Asian financial crisis, had largely languished as a serious policymaking forum. It served as a talking shop for officials, often at junior levels, but took essentially no binding decisions.

Instead, the G7 of rich countries — temporarily expanded to the G8 with the inclusion and then expulsion of Russia — attempted to serve as the steering group for the world economy. But there was always a sense, particularly as China and other fast-growing emerging market countries took a bigger share of the world economy, that real legitimacy was missing.

When the global financial crisis hit, the administration of George W Bush, seeking a vehicle for international governance, seized on the G20 and elevated it to heads of government level with a meeting in November 2008. It received a larger burst of attention in April 2009 when Gordon Brown, then UK prime minister, hosted a G20 meeting in London in which a well-spun series of announcements at least gave the impression of a collective response.

Unfortunately, like many crisis-era measures, the imperatives for collaboration receded as soon as the panic did. The G20 in November 2008 adopted a pledge not to impose protectionist measures in order to prevent a retreat to the economic isolationism of the years of the Great Depression in the 1930s. However, in less than 36 hours Russia had raised car tariffs and the rest of the G20 followed suit.

True, in the years after the crisis, the forum did play a useful role pushing through reforms in financial regulation. Since then its reach has proved limited. Member governments have clearly decided that the grouping does not play a sufficiently powerful role in co-ordination or, indeed, incentivise them to keep to international rules in defiance of their domestic constituencies.

A few years after the 2008 crisis, for example, the US attempted to use the forum to press China to allow its currency to rise rather than intervening in foreign exchange markets to boost the country’s exports. Yet, partly because Germany is also a member of the G20 and resisted such rules, and because of the unwieldiness of the forum, the initiative went nowhere.

And so, with a less than spectacular record of guiding countries’ inter­national economic policy against their initial instincts and domestic interests, the G20 will attempt to solve perhaps the worst trade conflict since the second world war. The US and China are not just confronting each other directly and slapping on tariffs, but have so far proved almost completely resistant to using any multilateral forum to mediate the dispute.

The US has joined a trilateral initiative with Japan and the EU designed to press China to reform its subsidies, reduce forced technology transfer and otherwise reform its economy. But it is clearly not placing much faith in the process to deliver results soon.

Similarly, Washington has joined in litigation at the World Trade Organization launched by several countries against Beijing over technology transfer. But the Trump administration’s sharp criticisms of the WTO itself — it is starving the institution’s dispute settlement body of judges — clearly indicate that it is prepared to let multilateral institutions wither and even die to make a point.

The White House’s contempt for such forums was evident earlier this month at the Asia-Pacific Economic Cooperation, a grouping that perhaps defines the term “talking shop”. Not only did the US send only Mike Pence, vice-president, to what is supposed to be a heads of government meeting, but divisions between the US and China over trade meant that Apec failed to agree a communiqué for the first time in its history. China objected to a reference in the draft declaration to “unfair trade practices”, feeling itself singled out.

The likelihood that the G20 will fare much better in mediating between Washington and Beijing is low. The Trump administration has an instinctive aversion to — and in some cases outright contempt for — multilateral institutions outside as well as inside the economic sphere. John Bolton, the US national security adviser, for example, has fiercely criticised the UN and institutions such as the International Criminal Court.

In this context, is there anything the G20 can meaningfully do?

Certainly, if the US and China decide to make some kind of deal to end or at least reduce trade hostilities, the G20 might provide a platform for them to unveil it. Mr Trump does, after all, enjoy announcing deals. But the idea that the presence of other countries at the summit will actually help facilitate such a deal represents a triumph of hope over experience. 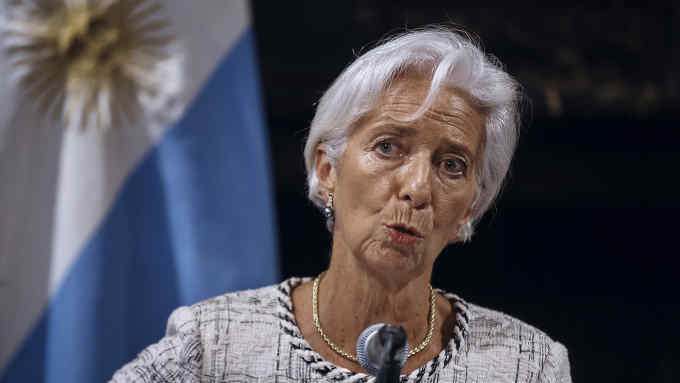