Readers’ suggestions for 50 ideas to change the world

From roads paved with energy-generating crystals to molecular modelling

In September, we asked FT readers to help us find 50 ideas with the potential to change the world and we have received a large number of suggestions. The responses have been varied, ranging from a few words in a tweet to detailed diagrams.

Not only are the ideas themselves intriguing — anything from generating energy from kites to flushable wet wipes — but they have also told us a lot about the concerns of Financial Times readers.

The lists below are not our final selections, but an indicator of what we have received to date. There is still time for you to submit ideas — until October 13. To contribute your suggestion, either comment below, email 50ideas@ft.com or tweet using the hashtag #FT50ideas. Thank you all, and please keep your suggestions coming. Remember, we are looking for inventions, prototypes or new policies rather than more general submissions such as making the UN work better.

By far the largest number of suggestions have been for the resources category, reflecting widespread concerns about energy supply and fossil fuels running out. There are numerous suggestions for new ways to generate power: Conkers Farm in Stevenage, in the UK, wrote about its project to collect food waste from schools to turn into biogas. A company called Red to Blue told us about a proposal for tunnels that would generate energy from the rise and fall of the tide. Just 75 such installations could provide enough power for the UK’s energy needs, it says.

John Bruce wrote to us about ways in which nitrogen, which makes up some 78 per cent of the earth’s atmosphere, might be used as an energy source, using its expansion as it warmed up from a cooled state.

Education suggestions had two strands. One was around teaching people new things — from IT and to how to launch a company to making better decisions. The second was about using new technologies to deliver education more effectively, from virtual worlds to feedback loops that let teachers see exactly how students are learning. Using technology to democratise access to education was a theme. One company, called Bongovate, got in touch to tell us about its platform that would deliver high-quality educational content free to the poor.

Some of the interesting suggestions for healthcare were for simple diagnostic tests — for example, using mass spectrometry to diagnose illnesses from a drop of urine and affordable clinical kits to test for genes linked with hereditary cancers.

The use of artificial intelligence in this field is also interesting. A company called Verseon got in touch about the molecular modelling engine it has created, which it says can cut the time and cost required to discover a chemical compound that could be used to combat a particular disease.

Professor Robert Berry of Aston University presented a simple idea — stopping the practice of open-field burning by turning agricultural waste such as stubble into a heat product. Millions of tons of material are burnt at key harvest periods in places like India, creating high levels of pollution.

There were many suggestions around financing carbon emission reduction, and some one-sentence suggestions to say that humans should stop eating meat.

One interesting idea was the seawater greenhouse, where seawater is piped into desert regions, desalinated, and used for cooling and irrigation. A facility like this is already being used to grow tomatoes in South Australia and there are pilots in Oman and the United Arab Emirates.

Universal basic income — possibly extended to cover the world — was proposed several times for dealing with the challenges posed by population growth. How this would be funded is not clear, but FT readers are certainly concerned about there not being enough work for all in an age of automation.

Many also suggested that some form of blockchain — a digital distributed ledger — could be used to make the financial system work more equitably. The Centre for Citizenship, Enterprise and Governance, a British not-for-profit think-tank, got in touch with a proposal to launch a digital currency that will be linked to values and ethics. In this system, called Seratio, a shirt made with sweatshop labour would cost more than one made using ethical practices.

Video: How do you predict the future?

Discussion in the comments fields has been lively. Many suggestions have been around political solutions, rebalancing economic power and much debate about institutions such as central banks. While such solutions could indeed be world changing, we have left these out for the most part as we are really looking for specific technologies, discoveries and pilot programmes in this instance.

Thank you for the incredible feedback to date. We will continue taking submissions until October 13. 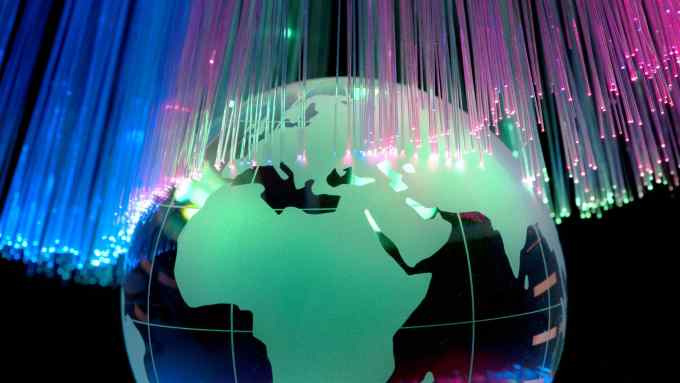