Call for SEC to regulate index providers as investment advisers

Stricter rules should be imposed on providers of financial indices, which underpin trillions of dollars of investment decisions globally, according to a new academic study that calls for action by US regulators.

Index providers, such as S&P Global, MSCI, FTSE Russell and Bloomberg, calculate widely used benchmarks for stocks, bonds and other securities, but these companies are not regulated by the Securities and Exchange Commission, the US investment industry’s main watchdog.

“Certain index providers are presently acting as unregulated investment advisers. The SEC’s failure to recognise this reflects an inadequate and antiquated view of the index fund market,” said Adriana Robertson, a professor at the University of Toronto. Robertson co-authored the paper with Paul Mahoney, a law professor at the University of Virginia.

Robertson said US regulators should treat index providers as investment advisers because of their critical role in designing portfolios of securities that are held by tracker funds. This role is comparable to that of active fund managers, which are regulated as investment advisers and subject to a fiduciary duty standard by the SEC.

“The decisions that index providers make about the companies and countries they include in their benchmarks have a meaningful impact on capital flows around the world. It is an issue that is on regulators’ radar,” said Johnson.

Robert Jackson, when serving as an SEC commissioner in 2019, said that lawmakers should take a more active role in overseeing index providers, given their growing influence in financial markets.

Index providers are currently treated as data publishers by the SEC. Robertson argued, however, that this approach was only appropriate to providers of broad benchmarks, such as the S&P 500 or FTSE 100.

She said the SEC should require companies, such as S&P Global and MSCI, that provide both broad market and narrower focus indices to split their operations. That would facilitate proper regulatory scrutiny of indices used in thematic and smart beta tracker funds and ETFs that have proliferated in recent years.

Implementing such a division is highly unlikely to appeal to index providers as it would increase operational complexities and reduce profits for their businesses.

Robertson also said that index licence fees should be disclosed in a fund prospectus in order to allow investors to make better comparisons with the costs of actively managed funds. Licence fee rates are based on the value of assets held in a tracker fund and have become a lucrative income stream for index providers as passive management strategies have grown in popularity.

However, the actual value of index licence fees remains a closely guarded secret. Against the backdrop of a brutal price war, asset managers complain in private that index providers remain stubbornly reluctant to reduce the costs of licence fees, even though assets in tracker funds have grown hugely over the past decade.

About $30.7tn is invested globally in passive tracker funds and mandates that follow indices, according to PwC, the professional services provider. Its latest forecast in December projected that passive assets would increase to $40.4tn by the end of 2025, accounting for 29 per cent of the investment industry’s total assets.

Regulations covering index providers were introduced in Europe in 2016 following the Libor scandal, when it was discovered that bankers had colluded to manipulate the London interbank offered rate. Those rules, which aim to ensure that financial benchmarks are transparent, high quality and reliable, have been adopted as global standards.

Rick Redding, chief executive of the Index Industry Association, said the call for more regulation was misguided because it was based on a misunderstanding of the differing roles played by index providers and fund managers.

This separation provided additional protection for investors because one set of eyes was devoted to index calculation and a separate set of eyes was responsible for managing the actual investment, said Redding.

“Investors are not able to invest directly in an index. Resisting the temptation to equate apples with oranges when it comes to market indices and the investment products based on them will help alleviate confusion,” he said. 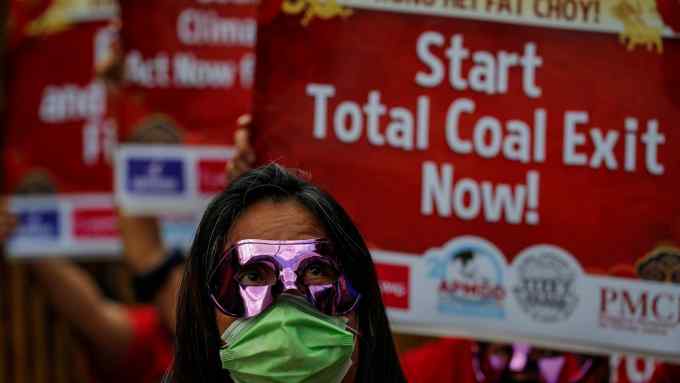