Trump’s trade war: which of China’s neighbours are set to profit?

Despite some collateral damage, the spat could be a blessing in disguise for some countries

China’s arguably unfair business practices may be the justification behind US President Donald Trump’s trade policy, but as with any war the collateral losses are likely to extend well beyond the intended target.

In an interconnected world built on a complex web of supply chains and mutual economic interdependencies, China’s trade partners, particularly in east and south-east Asia are likely to be among those hit hardest by the fallout. Yet there may be opportunities for some, particularly if the trade war is long lasting.

China’s exports to the US rose 8.2 per cent in the first nine months of the year, says Thomas Costerg, senior US economist at Pictet Wealth Management. He estimates they are on track to reach a record $550bn this year, up from $505bn in 2017.

Proportion of companies surveyed that said they were looking at switching sourcing or assembly out of China.

However, it is difficult to determine how much of this has been driven by importers’ desire to stock up on purchases, given Mr Trump’s earlier intention to ratchet up tariffs on $200bn worth of Chinese goods from 10 to 25 per cent in January if the dispute remained unresolved. The US president has stepped back from making such a move, however, as he agreed a temporary truce with Chinese counterpart Xi Jinping over the weekend at the G20 summit in Buenos Aires.

Yet some analysts claim to have seen the early signs of a slowdown in Chinese exports to the US. Asian manufacturing growth has also started to slow, particularly in Taiwan, a key exporter of high-tech inputs to China’s export engine. Neighbouring emerging economies could suffer either directly, whereby a reduction in China’s exports to the US means the country needs fewer intermediate goods, or indirectly. In the indirect scenario, a slowdown in the Chinese economy reduces its own level of demand for finished goods.

Louis Kuijs, head of Asia economics at Oxford Economics, a consultancy, suggests the indirect impact is greater. He says 62 per cent of the value added in Asian sales to China in 2017 came from exports used for domestic consumption there, rather than for goods that China exports. “China has become a principal final destination for Asian exports,” Mr Kuijs says.

The knock-on effects are significant. His model suggests that the tariffs could reduce China’s gross domestic product by 0.6 percentage points next year and 0.8 points in 2020. Hong Kong and Singapore, meanwhile, would experience an even bigger impact.

A steady stream of manufacturers have shifted production from China to lower-wage economies. This stream could turn to a flood as companies look to escape the tariff regime

Taiwan, Malaysia and South Korea would also be among the big losers, while India, Indonesia and the Philippines would escape relatively unscathed, Mr Kuijs says.

The World Bank also singles out Singapore as a country likely to be particularly badly hit by a slowdown in China, with Malaysia and Indonesia the next most exposed.

The potential winners from a prolonged trade war may be more interesting. With Chinese wages having risen sharply in recent years, a steady stream of manufacturers, particularly in labour-intensive sectors, have shifted production to lower-wage economies in south-east Asia. This stream could turn into a flood as companies look to escape the tariff regime.

Seven in 10 of the 219 companies recently surveyed by the American Chamber of Commerce in South China said they were looking at switching sourcing or assembly of supplies out of China and 64 per cent were considering relocating some manufacturing elsewhere. 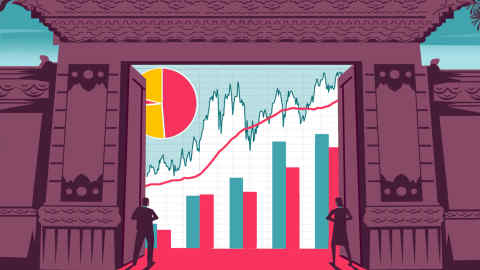 Helen Qiao, China and Asia economist at Bank of America Merrill Lynch, says the trade war could be a “blessing in disguise” for the region. “The rise of trade protectionism from the US will probably hasten China’s exit from the labour-intensive light manufacturing sectors, providing opportunities for other developing countries in the Asia-Pacific,” Ms Qiao says.

BofA’s analysis suggests that, in the medium term, Thailand, Malaysia, Vietnam and Indonesia are likely to be the prime beneficiaries of a wave of inward investment thanks to their competitive labour costs and business infrastructure.

Most eyes are on Vietnam, which is already starting to close the gap with China in sectors such as furniture.

“They are gaining market share in electronics, footwear and furniture,” Mr Costerg says.

Yet Mr Kuijs sounds a note of caution. Vietnam has the fifth-largest bilateral trade surplus with the US ($38.4bn last year) and so, he says, it too is “increasingly at risk of being targeted” by Washington. 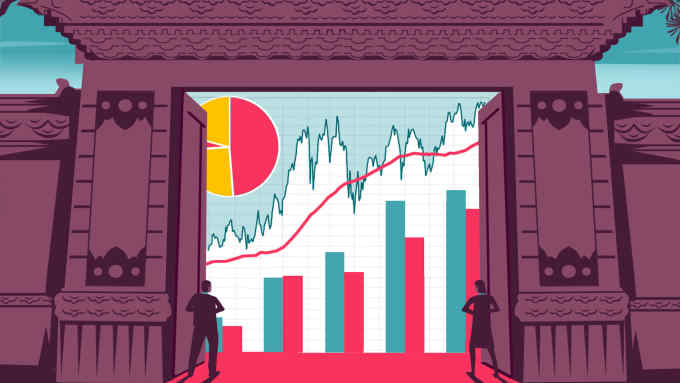