If more employees knew what colleagues were paid, would the gender pay gap narrow?

Disparities between women’s and men’s pay persist at least in part, say experts, from campaign groups to academic researchers, because they are cloaked in secrecy.

They argue that the small but growing trend for making information about salaries public could be the catalyst that hastens greater pay equality between genders.

Pay transparency — in which employees’ compensation is revealed inside, and possibly outside, the organisation — creates an impression of fairness and openness, making it easier to deal with allegations of sexism. But others fear that such openness could lead to ructions and envy.

Employers that do already practise some form of pay transparency tend to be smaller — such as Spiber, a biotech business in Japan — or operate in the public sector (see chart). Most disclose salary ranges — pay bands — for certain roles, but others such as US social media company Buffer, take a more radical ap­proach to reveal the figures in more detail.

“Both employers and employees will openly share objective, market-based data to agree on compensation,” he argues. “Already, more employers are using com­pensation data to price their talent fairly and, similarly, more employees know what they’re worth when they go to the negotiating table.”

Some forms of pay transparency can backfire, points out Sudarshan Sampath, data research manager at PayScale. Pay bands can still lead to “pricing the person and not the job title”, he says. That would mean “unconscious bias can still creep in”.

In PayScale’s view, fairness will result when pay for jobs is dynamically priced — in accordance with supply and demand, rather than relying on levelling ranges.

There is evidence, however, that more modest forms of transparency have an effect. In the 1990s, the Canadian provinces of British Columbia, Manitoba and Ontario introduced disclosure laws requiring universities to report the salary of any employee earning more than C$50,000 per year — $100,000 in the case of Ontario (see chart).

Recent research into what transpired found that the law helped narrow the male-female salary gap by about 30 per cent, thanks mainly to higher female salaries.

In January members of the European Parliament urged the European Commission to consider binding provisions for pay transparency for the public and private sectors, as part of EU measures to help achieve equal pay for equal work. A number of countries have introduced much less dramatic forms of transparency. In the UK, for example, companies with at least 250 employees are mandated since 2017 to disclose their average gender pay gap.

Despite this, “women still find it really challenging to access the information they need [in order] to know whether they are being paid equally [to men]”, says Gemma Rosenblatt, head of policy and campaigns at the Fawcett Society, a UK women’s rights organisation (see below).

This is backed up by research into the effects of pay transparency on hiring and bargaining carried out by Zoë Cullen, an assistant professor at Harvard Business School. It encourages employers to “bargain aggressively with the highest earners”, she says, and they happen to be mostly men.

At the same time, making salaries public could potentially protect companies from the costs of pay discrimination claims, points out Angela Cornell, director of the Labor Law Clinic at Cornell Law School, by “minimising the risk of disparate treatment claims”.

Pay transparency is likely to become more common as the trend for workers to post information about their salary, role and workplace online grows. But “the form that it will take is more likely to be anonymous”, Prof Cullen says.

“Third party sites like Glassdoor . . . have made it very clear that there is demand for this type of information,” she adds. It would be hard to stop them from gathering and publishing such information. 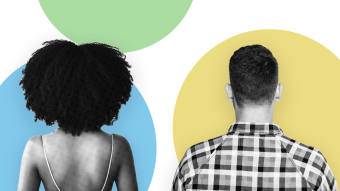