A specialist electronics cluster in Wales would spur new industry

It has been known for years that dogs can detect disease, but a Welsh semiconductor company says that optical sensors in healthcare devices for the home could one dayprovide a similar early warning system.

IQE of St Mellons, Cardiff, makes compound semiconductors composed of two or more chemical elements. These work faster than conventional, single-element silicon semiconductors. The wafers that are the base for semiconductors can be found in mobile phone handsets and are also used in lasers. They were a key technology in DVD and Blu-ray players.

Three years ago, more than 80 per cent of IQE’s production was to support wireless technology in mobile handsets. But Chris Meadows, IQE’s head of marketing, says that has now dropped to around 70 per cent, because the fastest growing sector is photonics, the area of technology that is concerned with the properties and transmission of photons, such as fibre optics.

“Dogs can [detect] compounds down to parts per million, or parts per billion even,” Mr Meadows says. “Until now, we have not been able to use technology to do that, but optical sensing is getting to the precision where that can happen using lasers and detectors.”

Mr Meadows says the cost of compound semiconductors account for $10 of the price of a mobile phone. The part played by IQE represents about 30 per cent of that.

The bulk of these processors are still made by the big telecommunications companies such as Motorola and Samsung. Of the specialist, standalone companies whose only activity is making compound semiconductors, IQE accounts for half the global market.

IQE’s products are found in the sensors in the speaker-receiver part of a mobile phone, which tells touchscreens to switch off when they are brought close to the ear. They are also used in driverless cars and, once infrared sensing is deployed, could allow such cars to “see” through stationary vehicles. “We think this will be a growing market for us,” Mr Meadows says.

IQE employs 600 people worldwide, including 160 at two facilities in Cardiff. Forty per cent are graduates and half of those are PhDs.

The company was founded in 1988 by chief executive Drew Nelson, who had previously worked at BT’s global research headquarters at Martlesham, near Ipswich. It has grown through acquisition and has 11 sites, housing factories, research and sales teams, including five in North America.

IQE floated on the Easdaq, the former Brussels-based market for fast-growth companies that is now part of Börse Berlin. It was briefly on the main UK market before switching to the Alternative Investment Market in London in 2003. The company had sales of £133m in 2016 and profit of £19.8m before tax.

The share price has more than tripled over the past year. One explanation for its strong performance is that when the British smartphone chip designer Arm Holdings was bought for £24bn in July by Japanese telecoms group SoftBank, many UK technology investors switched allegiance to IQE.

The company has become a driving force behind efforts by the Welsh government to create a cluster of specialist electronics companies in Cardiff and South Wales, dedicated to producing and selling compound semiconductors.

Healthcare will be totally dependent on these compound semiconductors

Mr Meadows says there are already several clusters of semiconductor manufacturing in Europe. One is Eindhoven in the Netherlands, which is the centre of research and was the original headquarters for electronics company Philips. They also exist in university towns such as Leuven, Belgium, “but these clusters are all concentrated on silicon [semiconductor manufacturing],” he says.

Cardiff already has some semiconductor research activity. Cardiff University tests radio frequency components for handset manufacturers — often these are companies supplied by IQE. Last month, Cardiff Capital Region announced it was allocating nearly £38m to fund a high-volume foundry specifically to make compound semiconductors. The facility will be owned by Cardiff and nine neighbouring councils. Equipment will be leased to manufacturers.

“We will build a pilot line production to give us the critical mass needed to be seen as a ‘go to’ place for compound semiconductors,” says Mr Meadows, adding that there are already potential end users in Wales, such as Airbus, the aircraft manufacturer, and General Dynamics UK, the aerospace and defence company.

Separately, Cardiff has been selected to be the home of the UK’s Compound Semiconductor Applications Catapult, a UK government-funded facility where technologies will be available to mid-tier and small companies to use for a fee. This is one of 10 hubs of high-performance manufacturing across the UK.

Both initiatives are designed to encourage more supply-chain activity in Wales. “We have come across UK companies that are developing new healthcare technologies and they are importing lasers from China,” says Mr Meadows. ”We probably supplied China with the materials to make those lasers.” 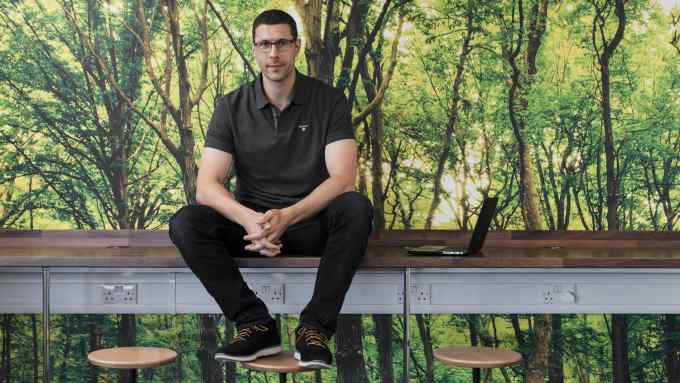