Summer books of 2018: Art and photography

Rome: Portrait of a City, by Giovanni Fanelli, Taschen, RRP£50

Ancient ruins and Baroque splendour, Fellini and Fascism, 1950s Vespas and 21st-century fashion shows at the Trevi Fountain: a magnificently evocative cultural history of the eternal city from 1839 to now seen through the eyes of over 100 photographers, including Capa, Cartier-Bresson, Ferdinando Scianna and Massimo Vitali.

Obsession: Nudes by Klimt, Schiele and Picasso from the Scofield Thayer Collection, by Sabine Rewald and James Dempsey, Metropolitan Museum of Art, RRP£20/$25

A highbrow pocket book: Ruskin’s little-known, fiery text on Giotto as founder of modern art is republished with — for the first time — colour illustrations of Padua’s great Scrovegni Chapel, and a lively contemporary introduction, in Zwirner’s delightful “Ekphrasis” series.

What is the best art and photography book you have read this year? Let us know in the comment field below

Get alerts on Arts books when a new story is published 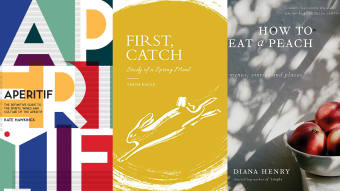