As guests return, sustainability goals compete with the imperative to recover lost income

At the Hilton, it’s all about “Travel with Purpose”. At the InterContinental, it’s a “Journey to Tomorrow”. At the Marriott, they “Serve 360”. These days, all the world’s largest hotel chains have a corporate responsibility slogan — and a programme — complete with environmental targets.

As an industry, hotels account for about 1 per cent of global greenhouse gas emissions, according to a 2018 UN World Tourism Organisation report. So, with pressure mounting to address climate change, the businesses have needed ways to bring these down.

In the past year, closures forced by the coronavirus pandemic have made it easier for them to achieve this. But, as global economies start to reopen, the chains now face a double difficulty: meeting ambitious green targets while securing a post-pandemic recovery.

“There’s this challenge for us at the moment . . . short term versus long term,” says Catherine Dolton, vice-president of global corporate responsibility at InterContinental Hotels Group.

In 2017, the International Tourism Partnership (now the Sustainable Hospitality Alliance) laid out targets for hotels aligned to the Paris inter-governmental climate agreement: a 66 per cent reduction of greenhouse gas emissions per room by 2030, and 90 per cent by 2050, compared with a 2010 baseline.

Between 2018 and 2019, Willy Legrand, a professor of hospitality management at IUBH business school, analysed the nine largest international hotel chains (by number of properties) and found that only one — Accor — had adopted targets in line with the SHA’s recommendations.

In addition, hotel groups’ sustainability strategies remain hard to compare because they often use different base years, target years and units of measurement.

For example, Wyndham Hotels’ latest target commits the group to reducing emissions by 15 per cent by 2025, from a baseline of 2019. “It’s difficult to judge whether this is on track to a 90 per cent reduction by 2050,” says Prof Legrand. Wyndham declined to comment.

Hilton group has pledged to reduce direct greenhouse gas emissions from sites it owns or manages (not including its franchised hotels) by 61 per cent per square metre by 2030, from a 2008 base year. But Marriott has committed to reducing its carbon footprint across its portfolio by 30 per cent by 2025, from a 2016 baseline.

While data gathering on carbon emissions is now standard practice, assessing other elements of hotels’ sustainability goals — such as water usage — can be more complex. Measuring the impact of water usage, for example, depends on local conditions.

Sustainability criteria such as switching to refillable toiletry bottles are embedded in franchise standards. Numerical targets for carbon emissions are not

The Sustainable Hospitality Alliance’s goal on water pledges “increased water-use efficiency”, but does not include a numerical target. It says this is because “water issues such as scarcity, pollution and community access to clean water are intrinsically linked to their local context”.

“It is very tough to make measurable progress there,” says Kate Mikesell, vice-president of corporate responsibility at Hilton. “There are just so many different systems that we would have to take into account.” She refers to measures such as where water comes from, conflicts with community usage, and infrastructure for treatment.

Hilton has a target to reduce water in its managed operations by 50 per cent from a 2008 baseline but, like IHG and others, it does not have a group-wide target that encompasses franchises. Dolton says: “Our data isn’t that great today, so we don’t want to set a hard target when we know we don’t have a good baseline.”

Another difficulty lies in the chains’ franchise models. “We can’t really tell the franchises how to operate their hotels,” says Denise Naguib, vice-president of sustainability at Marriott. While some sustainability criteria, such as the elimination of styrofoam and switching from mini toiletries to large refillable bottles, are embedded in franchise standards, numerical targets for carbon emissions are not.

Instead, Marriott requires hotel owners to use its environmental reporting platform, called Mesh. They must supply quantitative and qualitative sustainability data, which provides Marriott with group-wide baseline information. Marriott says it then uses that data to give guidance — not requirements — to its franchisees. “There is no penalty if they don’t meet them, but we’re recommending goals,” Naguib says.

A business case for sustainability improvements, for everything from low-consumption shower heads and LED lights to water-recycling systems, can be a stronger incentive, Dolton argues. “Clearly, the way to do this is to speak from a business perspective, how these things will save costs,” she says.

Because of the pandemic, Dolton admits it has “definitely become much harder” to suggest environmental improvements that will save money in the long run but require large, upfront investment. “In the next couple of years it's going to be difficult to achieve significant carbon reductions, purely because our owners aren't going to be investing a lot in solutions,” she says. “But it's all about taking that journey towards [IHG’s 2030] targets.”

Still, she notes, franchise holders “are extremely receptive to things that might save them costs,” such as energy efficient lightbulbs.

What if hotels miss their targets? According to Prof Legrand: “There isn’t a consequence, except a PR consequence . . . unless we have a proper carbon market and we say: ‘OK, this is a target and whatever you emit above it is going to cost you.’”

Dolton says there is increased investor interest in financial accountability — for example, by tying the remuneration of senior executives to sustainability targets via long-term incentive plans. However, she says these are just discussions, so far.

Green financing could also have a part to play, says Inge Huijbrechts, senior vice-president of sustainability at Radisson Hotel Group.

In 2019, Edwardian Hotels, one of Radisson’s franchise partners, borrowed £175m from HSBC to finance redevelopment of The Londoner hotel in Leicester Square. A condition of the loan was that the building had to achieve an “excellent” rating under the BREEAM energy standard, a benchmarking system used across the UK. This requires the use of low-carbon construction materials and high levels of energy efficiency in operation. The loan was the first of its kind in the hotel sector.

“It seems like [green financing] hasn't really reached its full potential in the hotel industry and that’s certainly something that's worth exploring more,” says Huijbrechts.

“What matters most now is the path toward full decarbonisation,” reckons Prof Legrand. This is a journey that he says must be followed closely. “There is an argument to be made for hotels’ targets [for decarbonisation by 2050] to be third-party verified, so that transparency is available across the board.” 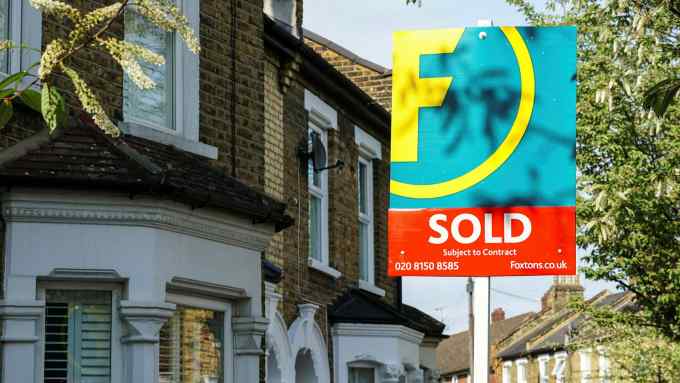