Sérgio Moro, the Brazilian judge whose name strikes fear into the country’s most crooked politicians and businesspeople, allows himself a brief moment of levity.

The lawman leading the country’s biggest corruption investigation, Lava Jato, or Car Wash, is responding to a question about what he thinks of society’s wildly opposing views of him. His supporters praise him with bumper stickers that declare: “We are all Sérgio Moro”. People on the political left portray him as something more akin to the devil for his decision in April to jail ex-President Luiz Inácio Lula da Silva.

“I prefer the first one,” Judge Moro says with a chuckle during an interview in his paper-filled office at the federal court in Curitiba, southern Brazil. He quickly acknowledges the important role of other judges, prosecutors and the federal police in Car Wash. “Often people tend to do this type of personalisation, which in a certain sense is inappropriate because at heart this is really an institutional endeavour,” he says.

Few people doubt how much this lower court judge from one of Brazil’s smaller state capitals has helped to change the country’s history and sent ripples throughout Latin America. Starting off as an investigation into black market money dealers, Lava Jato grew to expose a bribery scheme in which Brazil’s main political parties siphoned money from state-owned oil company Petrobras and its contractors to fund and enrich themselves.

Over the past four years, more than 100 people have been given a total of about 1,600 years in prison, according to the public prosecutors’ office. All Brazil’s current and past living presidents are implicated, along with a large swath of Congress.

The investigation grew when Odebrecht, Brazil’s biggest construction company and which had important business relationships with Petrobras, revealed it had spent nearly $800m on bribes in 12 countries. In March this year, the investigation triggered the resignation of the president of Peru, Pedro Pablo Kuczynski.

Mr Moro is affable but careful to avoid family or political questions. He speaks with a country twang from his upbringing in the southern agricultural state of Paraná, where he received most of his education apart from a stint at Harvard Law School in the US.

He is known for his quick, no-nonsense judgments. Last month he ordered Mr Lula da Silva to begin serving his 12-year jail term within hours of him losing a Supreme Court appeal. In 2016, he jailed Marcelo Odebrecht, the powerful scion of the construction company family, for 19 years.

Mr Moro’s view on that is to the point: no matter how powerful the people, “when responsibility is proven, they are punished”. This is “something normal in a democracy, no one is above the law”, he adds, though in Brazil “it is something that did not happen in the past.”

While he says Lava Jato has broken Brazil’s cycle of impunity for the powerful, he regrets the lack of stronger political and legal reforms to entrench what advances Brazil has made. He cites the need to remove political influence completely from state-owned companies. A law was passed recently to prevent politicians occupying roles in such bodies, but they continue to exercise influence over them.

“The practice persists of what in English is called patronage,” he says, at the federal government, state and municipal levels. “This is the root of the problems that were at Petrobras.”

Another problem is the foro privilegiado, a practice which under the constitution grants almost 56,000 sitting politicians, judges, mayors, army officers and a host of others the right to be judged only by the slow-moving higher courts. In practice, this often means they escape judgment. Steps have been taken partially to remove it but “the ideal” would be “to eliminate that once and for all”.

Lula’s party has alleged Mr Moro persecuted the former president to stop him contesting elections this October. The judge responds that the courts have treated former politicians from other parties equally.

He likens arguments of bias in his investigations to a drug dealer from one faction arguing he should not be imprisoned because the system had not yet convicted everyone from rival factions.

The cases remain open to scrutiny, he adds: “The evidence is public, you can examine them and form your own conclusions. No one is being tried, in my opinion, for their political views.”

His wish is that in 10 years’ time, due punishment to those found guilty of corruption, whether powerful businesspeople or senior politicians, will become a normal part of Brazilian democracy, not the exception. What is important, he says, is “to break the norm of impunity”, such that cases like this in the future “are treated as something almost trivial”. If a person is involved in crime, Mr Moro says, “he will be held responsible for that and the economic and political life of the country will continue normally”. 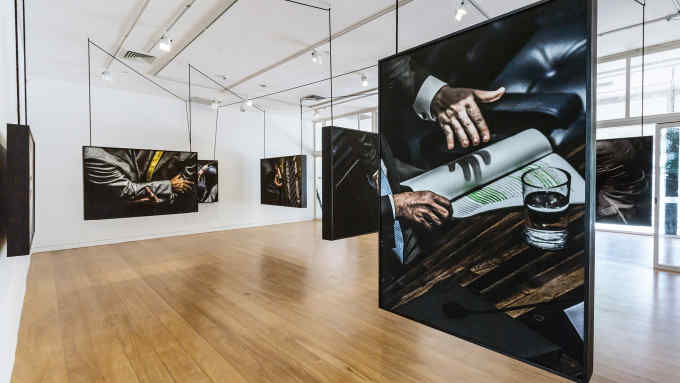