Business leaders have criticised the head of the National Audit Office for suggesting that the government would have to put the brakes on big infrastructure projects to focus on the “tidal wave” of Brexit.

Sir Amyas Morse, the government’s chief auditor, has a legal duty to examine all Whitehall spending on behalf of parliament.

He said that Theresa May would need to “rein in” projects across Whitehall because failure to do so would be “chaotic and costly”.

“You are going to have to rein in projects and say: ‘What is the benefit? How damaging is it not to have it for a period of time? Can we afford it?’ ” he said.

“There is a policy at the moment to have a lot of infrastructure projects. I say fine, but some of them will have very big consequences in terms of your ability to deliver your other goals.”

Francis Martin, president of the British Chambers of Commerce, said companies would be “hugely dismayed” by the comments.

He said it would be a mistake to cancel big infrastructure projects just as Britain embarks on complex negotiations to quit the EU.

“On the contrary, this time of transition is precisely when we need these infrastructure investments most,” he said.

“They ‘crowd in’ private sector investment, create jobs and supply chain opportunities, and boost confidence. Cancellation would dent the budding optimism businesses have about the opportunities of the post-Brexit world, and undermine our shared drive to boost productivity.” 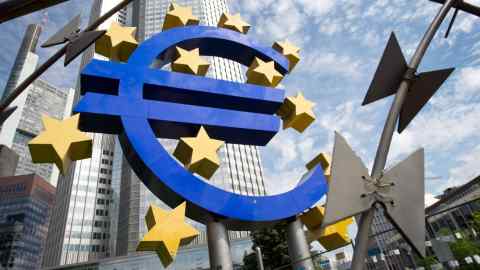 There are widespread concerns that Whitehall’s ability to support British business could be eroded by the vote for Brexit, which will absorb huge amounts of time and effort in the coming years.

Meanwhile Mrs May has initiated a shake-up of government machinery, removing skills and higher education from the business ministry and combining the remnants with the energy department to create a new body called BEIS — Business, Energy and Industrial Strategy.

First on the hit list for big business is the delivery of an airport runway in the south-east of England, whether it is at Heathrow or Gatwick.

The government had been expected to make an announcement on its decision this month, only for the Brexit vote — and change of control in Downing Street — to delay it further.

Hinkley Point, Britain’s first new nuclear power station for decades, could get the go-ahead when EDF, the French state-owned company behind the project, makes an announcement next week about its future.

Likewise High Speed 2, the new fast rail link from London to the north, should achieve legislative clearance in the coming months.

There are many other less high-profile infrastructure schemes on the drawing board, all documented in the government’s annual “National Infrastructure Pipeline”.

Sir Amyas said departments faced a wave of “additional work” as Britain ended its interactions with the EU on everything from science research funding to fisheries policy.

“It’s a tidal wave coming up the beach,” he said. “To say we are going to carry on and do everything we did before — I just don’t think that’s going to be sustainable.”

He told the Guardian and Times newspapers that ministers would have to choose which projects were “must have” and which were “would like”.

“We need to ask ourselves, can the public sector deliver Hinkley Point C, a third runway, HS2, a Northern Powerhouse, nuclear decommissioning, Trident renewal and restoration and renewal of the Palace of Westminster all at the same time?”