An ageing population and the end of inheritance 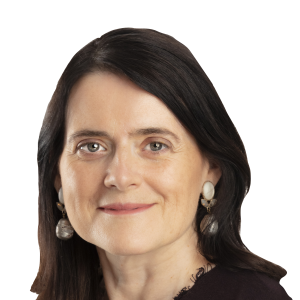 I sat beside my mother late one night in a hospital room wondering whether dementia is going to finish the National Health Service off — and people’s savings at the same time. She was in a side room because she had an infection; out of easy sight of the nurses, she was likely to be distressed and try to leave. So we arranged a roster of family and paid carers to stay with her through most nights until she recovered from the bug. The ward staff, knowing they could not keep a full eye on her, kindly went along with it.

In a late night way, I had two things in mind. The first, rather fancifully, was the tale of the impossible map in Lewis Carroll’s Sylvie and Bruno, drawn at a scale of one mile to one mile — exactly the same size as what it represented. To support an adult with dementia, compensating for their memory, mobility, ability to feed, clean and entertain themselves, and to manage all the paperwork of their life, you need another adult.

The second thing was one of those professional discussions, inescapable in political or financial circles these days, about how to handle the ageing of the UK’s population. An asset management strategist had stopped the conversation by arguing that we were about to see what he called “the end of inheritance”. Forget that British middle-class fantasy of handing on the house to the children, he said; those assets, if people were lucky enough to have them, would have to be spent on their own care in their later years.

That has to be right. You can find MPs in both main parties who regard as sacrosanct the principle of not having to sell or mortgage “the family home” to pay for care in later years. But in the mess of accusation, delegation and panic that amounts to Britain’s planning for old age, it is an expensive taboo. The Conservative election manifesto this year failed to break it. In the long list of factors that crippled its reception, the “dementia tax” proposals played a big part.

Under those plans, councils would have taken the value of a home into account when judging whether someone living there was eligible for support. At the moment, that generally happens when someone moves into residential care (and does not have a spouse still in the property). The result would have been to force more people to use the equity in their houses to pay for care (although it would also raise the means test threshold at which people have to pay for all of their care by more than four times current levels to £100,000). The manifesto, in a section headed “A restored contract between the generations”, said the plan aimed to treat people equally whether they were in their own home or a care home, allow them to “keep” more assets free of care bills than under current arrangements, but that it would be “more equitable within and across generations”.

One of the advisers who drafted it said sadly, “We thought we’d written a grown-up proposal to the nation.” Too much so, it seems. Jeremy Corbyn, the Labour leader, has attacked it on the grounds that it unfairly penalises those who get dementia, which is not covered by the NHS, compared with, say heart disease, which the NHS treats. That is a separate, important debate. But it ducks the main question of whether people should assume more of the burden of their care in later life, where they can. In quiet pockets of Westminster you hear an acknowledgment that the taboo will have to be tackled soon.

The numbers make clear why. The number of people aged over 75 in the UK will almost double to nearly 10m by 2040, according to projections from the Office for National Statistics. Lifespans have been increasing until recently but so has the rate at which people get dementia or other incapacitating afflictions. Yet the burden of social care falls on local government, struggling from severe budget cuts. In 2015-16, councils in England spent £17bn on adult social care (covering everyone over age 18), according to NHS Digital. More than £7bn of that went on people aged 65 and over, and the proportion has been rising. More people by the year are cast on to that fraying patchwork of support.

But some of that support is available to people who have significant assets, very likely because of the property boom. The Institute for Fiscal Studies, in a study on inheritance and inequality, found that in 2012-13, 44 per cent of elderly households expected to leave an inheritance of £150,000 or more, compared with 24 per cent in 2002-3. Many analysts expect that trend to diminish, though, as more people live into their nineties and need care (whether for dementia or not).

Despite the dementia tax debacle, some MPs are suggesting that the government try to address what is likely to happen anyway, and encourage people to look to the equity in their homes as a resource while prompting the financial services industry to develop cheaper, more flexible products for extracting it. A study of retirement plans last year found a generational shift in attitudes, with those in their forties and fifties more receptive to the idea than older people.

In these discussions, how to tax inheritance has attracted more political attention, not least because the prescriptions are simpler and chime with the debate about inequality. That debate has some way to run, although the answer will continue to be a balance. But politicians are dodging the messier, urgent point: how to persuade those fortunate enough to have assets that the best — indeed necessary — use of them is in providing for the last years of their own lives. The alternative is that a younger generation who will find it hard to build up assets will be supporting an older one that has far more.

The writer is director of the Institute for Government, a think-tank

Letter in response to this editorial:

Incidence of dementia is in fact declining / From Andrew Anderson, Edinburgh, UK