Can the EU’s carbon border tax work for farming? 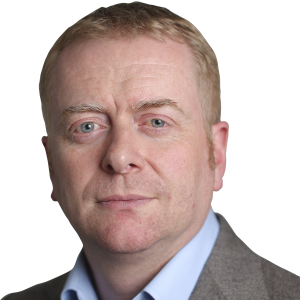 A carbon border tax is an unusual beast indeed — a policy proposal that has long united most economists in support. The principle is simple. In order to prevent carbon-intensive industries in a particular country moving abroad to economies that do not tax or otherwise put a price on emissions, imports attract tariffs at a rate that adjusts for that cost advantage.

As those economists would say, a carbon border tax (CBT) “internalises the externalities” by making companies pay the full cost of production. Policymakers it appeals to include European Commission president Ursula von der Leyen, who reiterated the EU’s commitment to it as she prepared to assume office last year. It is, she wrote, “a key tool to avoid carbon leakage and ensure that EU companies can compete on a level playing field”.

But while the theory behind CBTs may be sound, implementation is much harder, and that is particularly true when it comes to agriculture and food. Any threat to agricultural trade into the EU in the short to medium term is more likely to come from other environmentalist actions, and from the possibility that European politicians will want to reshore agricultural production because of the coronavirus pandemic.

First, there is the issue of making sure a CBT is compliant with global trade laws. There is no problem with taxing carbon, but it has to be done fairly and equitably. Importantly for agriculture, a blanket tax on countries for failing to sign up to the Paris Agreement on climate change is likely to fall foul of WTO rules against discrimination. The casualness with which Jair Bolsonaro’s Brazil treats its Paris Agreement commitment in allowing deforestation of the Amazon to support farming is one of the key arguments used by opponents of the draft trade pact between the EU and the Mercosur bloc of South American countries.

There will be further problems when it comes to implementing the tax on agriculture. A logical way of working out the carbon pricing on EU production is to use prices under the bloc’s emissions trading scheme. But agriculture is exempted from the ETS, and subject to a more eclectic series of carbon emissions targets adopted at member state level.

Progress towards these is going badly, with agricultural emissions being reduced by only about 1 per cent since 2005. In a sense, then, if European agriculture has not managed to cut carbon emissions, there is not really much need for a border tax. However, farmers are more likely make big efforts to cut carbon if there is a system in place to protect them from dirty imports when they do. Policymakers would need to come up with a way of accurately pricing the average cost to agriculture of complying with carbon targets, and then somehow apply it to all imports to the EU.

Even then, more general problems with the CBT will remain. To implement a CBT accurately for goods that have a supply chain encompassing more than one country, it is necessary to work out exactly how much value was added where.

To take a slightly contrived food example, cookies made in China using butter from New Zealand come from countries with very different carbon pricing — the butter component from an emission-taxing country and the final production not — and the carbon tax at the EU border should be adjusted properly in consequence. In its planned pilots for the CBT, the EU has focused on goods — cement and steel — that are pretty much pure commodities and have short and easily traceable supply chains.

There is yet another implementation problem when it comes to applying a CBT to agriculture. Such taxes are typically conceived at a national level, so all producers from a particular country will be hit the same. But farms in the same country produce similar food outputs with very different methods and different levels of carbon emissions.

Beef from grass-fed cattle may be less carbon-intensive than from cattle grain-finished in feedlots, for example (though the subject is hotly debated). In New Zealand, which is trying hard to combine good environmental credentials with long-distance food exports, farmers are even breeding strains of sheep which belch less greenhouse gas in the form of methane. If a CBT treats all farmers the same, there will be a disincentive for individual producers to reduce their carbon footprint.

Given the technicalities, the world’s farmers probably do not need to worry that much about a CBT being implemented by the EU in the near future. There are other more immediate ways in which climate change concerns might constrain their exports to Europe. One is through bilateral and regional trade agreements, where the EU is trying to set ever higher environmental targets as a condition of signing, including being part of the Paris Agreement.

Another is the EU’s habit of adopting domestic laws — rather than explicit trade measures — that can have a severe impact on foreign producers. The classic example is palm oil. The European Parliament in effect banned the import of palm oil from Indonesia and Malaysia by excluding it from renewable energy targets. Indonesia has started a case at the WTO on the issue, but that is a long and unreliable means of obtaining redress.

A CBT applied to agriculture is something that farmers overseas would do well to keep an eye on. But for the moment the EU is going to be fully occupied trialling it with easier products, and those exporting agricultural products into Europe have more immediate concerns. 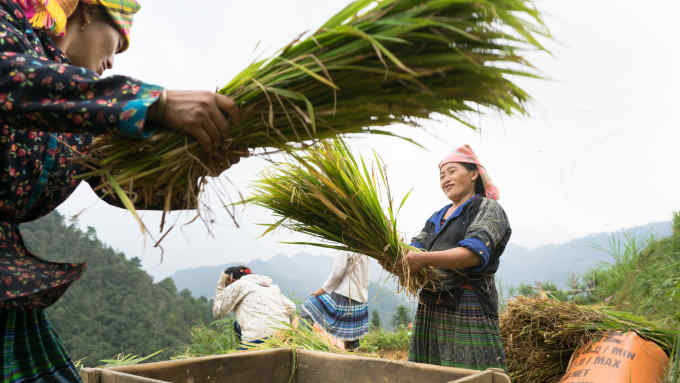