Pandemic provides the push for Latin America to embrace the cloud

Technology is having a ‘transformative and democratising effect’ in the region, says Amazon rival

When Covid-19 lockdowns brought face-to-face sales to an abrupt halt, Natura &Co — a São Paulo-based cosmetics group whose brands include The Body Shop and Avon — sought a different way to reach customers in Latin America.

Instead of having its independent consultants sell goods at homes or in beauty salons, it shifted to “social selling” powered by cloud computing.

And this sudden shift to large numbers of customers ordering digitally “could be handled thanks to having our key systems in the cloud”, explains Agenor Leão, vice-president for business platforms at Natura &Co’s Latin America unit.

It is one of many businesses in the region that have had to devise survival plans quickly. Covid hit Latin America hard and many countries have since struggled to meet the challenges of increased unemployment and slow vaccination rollouts. Companies have found themselves needing to adopt cloud technologies faster, which has changed their operational models but helped cut costs.

According to a forecast by IDC, an IT market intelligence group, by the end of 2021, nearly three-quarters of medium-sized and large businesses in Latin America will be closer to adopting cloud services — and making progress at a faster pace.

“We see a new wave of cloud-driven transformation in Latin America,” says Eduardo López, president of Google Cloud Latin America. “Previously, companies focused on cloud for cost reduction and some modernisation. Now, they are being urged to rethink their business processes and the cloud enables them to do that fast.”

MercadoLibre, Latin America’s largest ecommerce platform — which runs almost entirely on the cloud — has also proved resilient during the pandemic. User numbers at the Argentine rival to Amazon rose almost 80 per cent during the year, to more than 130 million.

“We can build any product we can dream of today and avoid the capital expenditure of servers that may arrive in six months,” says Sebastián Barrios, MercadoLibre’s vice-president of technology. “Cloud has a transformative and democratising effect. It enables more businesses to exist and entrepreneurs to bring their ideas to life.”

Cloud capabilities have also helped start-up companies to respond to the Covid crisis, says Jeffrey Kratz, Latin America director at Amazon Web Services, the tech group’s cloud arm. “Latin start-ups have been using the cloud to quickly sell their products and services internationally, and that has opened up new prospects and hope,” he says.

However, Leão at Natura &Co warns that shifting to the cloud is not always straightforward. “Migrations are not cheap; obsolete applications make changes even more expensive,” he says. “That’s a major limiting factor in difficult economic times.”

Cloud migration in the public sector in Latin America, for example, has been slow. But some officials have tried to match the speed of start-ups.

In Buenos Aires, the city’s new offerings include a WhatsApp-based chatbot to answer queries about services such as driving licence renewals and tax. “Digitisation in the pandemic made us think differently about the future and the demands of citizens,” says Diego Calegari, head of technology at the city government.

And, in Brazil, half of the federal government’s systems will move to the cloud within five years, according to Caio Mário Paes de Andrade, secretary for digital transformation in the economy ministry. It can be done efficiently, too: centralising the purchase of federal government cloud computing services in 2018 reduced spending by nearly 60 per cent, he says.

Already, the Brazilian government is using the cloud in services such as the Covid emergency aid programme and international travel certification for animals. “Digital is the antidote for bureaucracy, which is one of our greatest societal challenges,” says Paes de Andrade. “The aim is to lift that leviathan off citizens’ shoulders.”

Brazil’s citizens will not find cloud-based solutions are the answer to all problems, though, given the lack of internet access in rural areas and a shortage of cloud experts.

“We need to train the cloud professionals of the future but also upskill today’s workforce: the workers in retail, warehouses, factory floors.” admits Jean-Philippe Courtois, head of global sales, marketing and operations at Microsoft.

Tania Cosentino, Microsoft’s Brazil president, wants to see more action from government. She says: “There needs to be a long-term plan, looking at basic education all the way to university, job creation, internet provision for the rich and poor, and getting companies to invest in fostering that vision,” 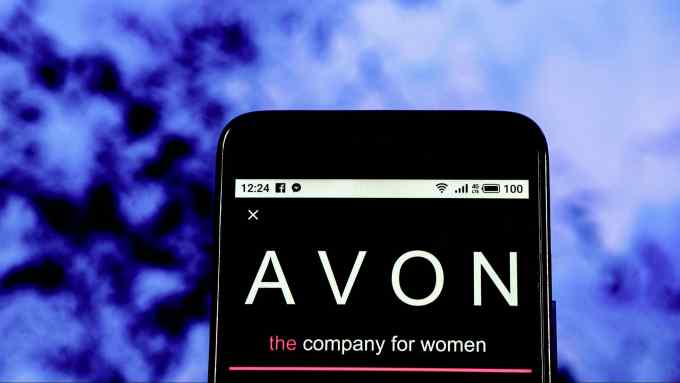