Dan McCrum in London and Stefania Palma in Singapore

An external law firm commissioned by Wirecard to investigate the payment company’s Singapore office found evidence indicating “serious offences of forgery and/or of falsification of accounts”, according to a preliminary report on the inquiry seen by the Financial Times.

The document was the basis for an internal presentation to Wirecard’s most senior management on May 8, 2018. The FT published a report about the presentation document on Wednesday. The German company has said that “no material compliance findings” have resulted from its internal and external audits.

The preliminary lawyers’ report said: “On the face of the evidence uncovered so far, these acts appear to bear out at the very least serious offences of forgery and/or of falsification of accounts/documents under section 477A of Singapore’s Penal Code. As these acts were intentional, there are reasons to suspect that they may have been carried out to conceal other misdeeds, such as cheating, criminal breach of trust, corruption and/or money laundering.”

The new revelation raises further serious questions about one of the world’s most successful financial technology companies, fuelling pressure on Wirecard to explain to investors and regulators what allayed the suspicions of its lawyers at Rajah & Tann — a top-notch law firm in the region — who had found sufficient evidence to warrant an investigation dubbed “Project Tiger”.

Shares in the group, which last year surpassed Deutsche Bank in market capitalisation and supplanted Commerzbank in Germany’s prestigious Dax 30 index, fell 11 per cent on Wednesday following publication of the FT’s report as investors looked to the company for reassurance as to the integrity of its financial statements. On Friday, they fell 25 per cent to €108.50.

The preliminary lawyers’ report identified potential civil and criminal violations in at least five jurisdictions: Singapore, Hong Kong, India, Malaysia, and Germany. Wirecard could face corporate liability “if the parent entity was acting in conspiracy with its subsidiary”, the report said.

Wirecard has denied any wrongdoing. It has said it takes all compliance and regulatory obligations extremely seriously, has “stringent internal and external audits” and any concerns “are always thoroughly and appropriately investigated”.

When asked why no material governance or audit consequences arose from any investigation, the company did not provide a response for publication.

Following the publication of this article, Wirecard said in a statement: “It is untrue that Rajah & Tann Singapore LLP has ever uncovered any findings of material misconduct of any Wirecard employee in matters of accounting practices.”

The lawyers’ report is one of a number of internal documents seen by the FT, in an investigation based on information provided by whistleblowers, which indicates revenues were suspected of being faked through the use of invented and backdated sales agreements.

A secret unit in Singapore “worked together to create and backdate agreements in order to support invoices that have been billed by Wirecard [Singapore] up to three years prior”, according to the preliminary report.

“There has been at the very least several accounting irregularities that take the shape of forged agreements. In the best-case scenario, the purpose behind these deliberate acts may be limited to the false creation of revenue, with no wrongful misappropriation of monies”, it said.

The lawyers uncovered evidence that at least a dozen agreements for sums in the millions of euros appeared to have been falsified. While small relative to Wirecard’s reported revenues, the agreements appear to have been used to enable businesses to hit profit targets and mislead regulators.

Documents backdated to 2017 purport to show $3m of sales by Wirecard Hong Kong made when the entity was dormant. “Such volume of revenue is hence inexplicable”, the report said. The figures were included in a business plan submitted to the Hong Kong Monetary Authority last year, as part of a licence application. According to the Project Tiger presentation, the general manager of Hong Kong was told the revenue was an “ebitda adjustment”.

A whistleblower cited in the report described “round-tripping” schemes designed to support Wirecard businesses in India, by routing company money to them through third parties as if the cash came from genuine customers. According to the lawyers’ preliminary report, the purpose of the one of the schemes was to enable the Indian business to hit profit targets. Its authors strongly recommended “a full-scale investigation”. It is unclear what conclusions the subsequent probe reached.

The R&T team that prepared the preliminary report included former prosecutors who wrote the book Financial Crimes in Singapore. 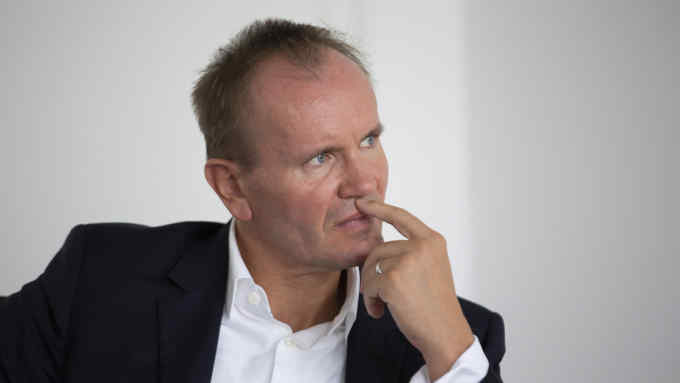