Olaf Storbeck in Frankfurt and Stefania Palma in Singapore

Wirecard, the German payments group, told investors on Monday that an external law firm has been investigating alleged accounting manipulations by “a member of Wirecard’s finance team” in its Singapore operations since May 2018.

The company’s share price fell 35 per cent last week after the Financial Times reported that a senior Wirecard executive in 2018 was suspected of using forged and backdated contracts in a string of suspicious transactions that raised questions about the integrity of the accounting at the fintech group.

An external law firm, Rajah & Tann, commissioned by Wirecard to investigate the payment company’s Singapore office, found evidence indicating “serious offences of forgery and/or of falsification of accounts”, according to a preliminary report on the inquiry seen by the FT.

In a call with analysts, Wirecard chief executive Markus Braun called the matter a “non-event”. He stressed that while the external investigation by Rajah & Tann was not officially concluded, “we consider the whole issue as resolved” and he expected it to end soon. He stressed that the company does not “expect any material findings here”.

Singapore police said on Monday that they were looking into “the matter”. Munich prosecutors told the FT on Monday that they did not see a reason to start a criminal investigation into Wirecard as the potential misconduct did not happen inside Germany’s jurisdiction.

“With regard to the potential criminal behaviour at question, German prosecutors can only become active if it was conducted domestically or by German nationals,” a spokesperson said, adding that neither seemed to be case.

Wirecard told investors on Monday that one of its employees in Singapore in April 2018 raised concerns internally “about alleged actions of a member of Wirecard’s finance team in Singapore”.

The German company said: “The allegations related to potential compliance breaches in the area of accounting for the period 2015-18 totalling revenues of €6.9m and costs of €4.1m as well as an internal transfer of software intellectual property valued at €2.6m”.

Wirecard told investors that Rajah & Tann was mandated on May 18 to conduct a full independent investigation on the matter.

Mr Braun said he expected a final conclusion of the external investigation “in the very near future” and promised analysts that he would provide “full transparency of the results of the investigation”.

Wirecard said on Monday that before commissioning Rajah & Tann, an internal investigation by its own compliance team “found no evidence to support the allegations and concluded that they were unfounded”, adding that it found “indications that the allegations could be related to personal animosity between the employees involved”.

Mr Braun added that the company had “substantial doubt about this whistleblower story”. 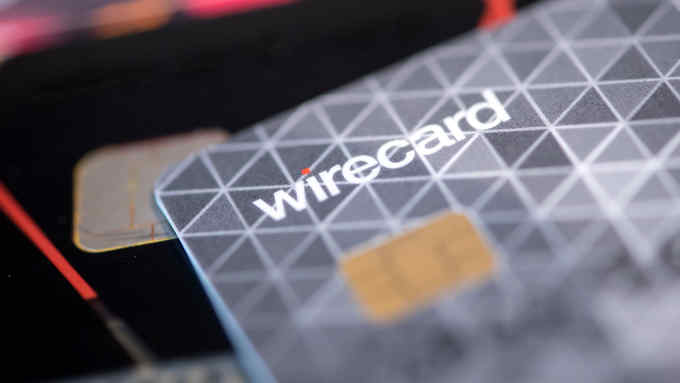