Investment advisers have eclipsed retail traders to become the largest owners of US exchange traded funds, highlighting how professional investors are increasingly using the vehicles to build portfolios.

Nearly two-fifths of US-listed ETFs by value are now owned by investment advisers, according to research compiled by Citigroup. Five years ago, this figure stood at a little over 35 per cent, the bank’s data show, drawing on quarterly filings made by institutions to detail their US equity holdings.

Wealth managers own 12.7 per cent, with other institutions, such as insurers and pension funds, holding a further 8.8 per cent.

Over the same timeframe, retail ownership of US-listed ETFs has fallen from 40 per cent to 38.9 per cent, according to Citi.

“The pandemic has accelerated institutional adoption of ETFs. Institutional holdings of US-listed ETFs have outpaced broader asset growth over the past year, pushing retail ownership of ETFs under 40 per cent at the end of Q3,” said Scott Chronert, global head of ETF research at Citi.

Chronert said the US Federal Reserve’s decision to buy fixed-income ETFs to help stabilise the markets during last year’s pandemic-driven sell-off was likely to have provided a further tailwind.

“The Federal Reserve incorporated ETFs as a policy tool. To us, this essentially gave the ETF wrapper a stamp of approval,” he added.

ETFs were largely a tool for professional traders when they first appeared in the 1990s, said Deborah Fuhr, founder of consultancy ETFGI. Retail investors began to dominate from the early 2000s however, with the emergence of Invesco’s Nasdaq 100-tracking QQQ fund and State Street Global Advisors’ SPDR sector vehicles, followed by the first gold ETF in 2004, Fuhr added.

But institutional investors are now utilising ETFs more regularly in building portfolios. “The big trend continues to be the movement towards [ETFs by] managed accounts,” said Chronert, referring to the portfolios offered by broker-dealers, such as Merrill Lynch and Morgan Stanley, financial advisers and registered investment advisers.

“This cohort of investor has become an increasingly important user of ETFs, as they build out model portfolios,” he said.

The ease of constructing portfolios out of ETFs, their low cost and superior tax efficiency vis-à-vis mutual funds all aided uptake by intermediaries, Chronert said.

“Advisers at the margin have been the primary force in driving adoption on behalf of the end client,” said Ben Johnson, director of global ETF research at Morningstar, of the situation in the US.

He attributed the trend largely to “the evolution of the prevailing advisory regime, which is moving away from transaction-driven models and towards fee-based ones”, encouraging the take-up of low-cost ETFs that left more room for adviser fees.

Chronert said institutional uptake was particularly notable for fixed-income ETFs. Retail investors were over-represented in multi-asset, commodity, currency, leveraged and inverse ETFs though, as well as newer ETFs where institutional investors may hold back until a fund has established a track record or grown to a decent size.

Despite the data, Fuhr was unconvinced that retail investors would remain a smaller slice of the US pie, given the rapid growth in retail trading catalysed by the Covid-19 pandemic.

“The number of retail investors has gone up significantly. 15 per cent of [stock market] investors were new investors, according to the Schwab survey,” she said.

“Everything is growing. I’m not sure if it’s fair to say there is — absolutely or relatively — a shift [away from retail] in the US.” 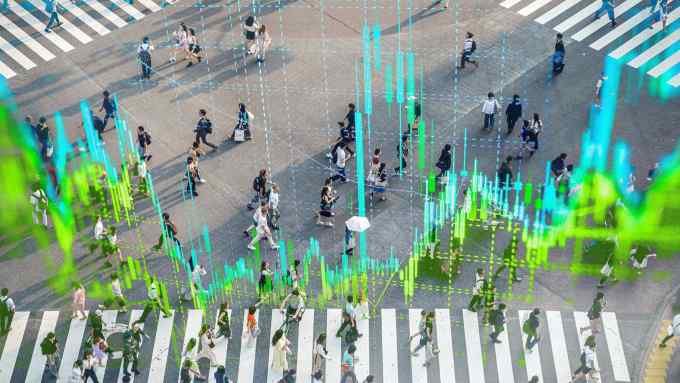