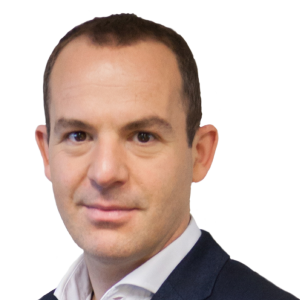 Parents with more than one child be warned. If two go to university consecutively, you will effectively be penalised. I suspect this isn’t deliberate social engineering. It is due more to the poor design of our student finance system. Yet for some, it will result in a one-child-per-family university policy.

The problem here is not tuition fees. They are automatically paid for first-time undergraduates by the Student Loans Company — then only repaid after graduation provided the graduate earns enough. While they may be a psychological barrier, they are not a practical problem for students — they are a cost for graduates.

That fact is often used to portray the idea that “students don’t need cash to pay for university upfront”. That is sophistry. It ignores living costs while studying. Now, more and more families will need to find thousands upfront to cover these — and it is far worse for those with multiple children.

While students receive maintenance loans for university living costs (which are added to tuition fee loans and repaid on the same terms) these are now heavily means tested as the proportion assessed has increased in the past few years from a third to over half. So only those from the very poorest families who receive full maintenance loans, or the very richest who have full pockets, have some form of cushion.

As I explained before in this august publication, even though most are adults, old enough to vote, marry, fight and die for our country, most under-25s are considered “dependent”. So means testing is based on household income — or parental income.

The reduction starts at total income of just £25,000 and maxes out on earnings of roughly £60,000 to £70,000 depending on whether the student lives at home or away. If less than the full maintenance loan is received, that gap is expected to be made up by the “parental contribution” (not officially — but it is solely dependent on parental means testing, so it is self-evident).

Disgracefully, this is never spelt out to parents. My campaigns to change that have been heard by ministers, but rejected.

Now here comes the rub for those with siblings at university. The means testing depends on what is called household “residual” income. This is defined as income before tax, any pension contributions and, wait for it . . . “after allowances for other dependent children”.

Page 10 of the Student Loan Company’s How You’re Assessed” document explains: “We’ll ignore £1,130 for any child other than you who is totally or mainly financially dependent on them [parents].”

In other words, for two or more children (or worse, triplets) at university at the same time, the only concession is that your income for assessment is mildly reduced.

Unsurprisingly, more than 50 per cent of parents have children born within three years of each other (according to a quick Twitter poll I did with 12,000 respondents) so their university years could easily overlap. And that’s going to cost.

Here is a simplified example: Mrs and Mr Medium have two children, and a household income of about £50,000. Erma Medium already goes to Newcastle University and the “parental contribution” is £3,030 a year. Her brother is on a gap year, and starts at the same university the following year.

The fact that Mr and Mrs Medium now have two children to support only reduces their residual income calculation by £1,130. So they now need to give both children a “parental contribution” of £2,890 (so a total of £5,780) — only £140 less per child than if just one had gone.

My quick table below sets out likely parental contributions for those living away from home studying outside London (full tables including for those living at home or in London are in my mse.me/Unisiblings guide).

My concern is that the large amounts needed means some families will either need to make younger siblings wait until older siblings have graduated, or worse, they may need to “pick” which child goes to university — especially those in debt for example, which is not taken into account. For most, the difficult decision of which child to prioritise would be based on academic or career merit. Yet there are still likely to be some in society who value a girl’s education less than a boy’s, so this could lead us back to the dark ages.

Of course, you could argue that the family chose to have children and have been supporting them for 18 years anyway. Yet, in practical terms, this system flies in the face of financial equality of access to higher education.

So while I’ve always argued that most parents shouldn’t pay tuition fees upfront, many will need to save up thousands to ensure they have enough cash set aside to support their child’s — or worse, their children’s — living costs.

And even when parents do cough up the parental contribution, that doesn’t mean the full maintenance loan amount is enough. For a good chunk, it doesn’t cover basic costs. Students on courses with long hours who can’t secure a part-time job are in trouble, but most won’t hear about this until they get to university as the debate is so skewed towards focusing on the “debt”.

With higher inflation, bizarrely the biggest practical problem with student loans is that the debt isn’t big enough.

It’s time to change the debate. The cost of living crisis is the problem, and even cutting tuition fees to nothing wouldn’t solve it.

Martin Lewis is the founder of Moneysavingexpert.com and is former head of the Independent Taskforce on Student Finance Information Twitter: @MartinSLewis