Employers need data and action to reap the benefits of diversity

We’ll send you a myFT Daily Digest email rounding up the latest Chartered Institute of Personnel & Development news every morning.

In one joyous day in May, the Duke and Duchess of Sussex appeared to crack a problem that employers and managers have been grappling with for years. Prince Harry and Meghan Markle’s wedding at Windsor Castle — from its multi­racial guest list to an African-American bishop’s sermon touching on Martin Luther King and slavery — was a world away from the quiet restraint of previous royal occasions.

Quite simply, it was a success. And for the Royal family — or “the Firm” as it refers to itself — the event delivered a shot of global public approval.

Research from other walks of life suggests teams made up of people from a range of racial backgrounds tend to produce better results — whether they be wedding guests or businesspeople. However, gathering data to help organisations achieve diverse teams is a struggle.

Out of 366 companies across the UK, Canada, the US and Latin America, those in the top quartile of racial and ethnic diversity were 35 per cent more likely to have financial returns above their national industry median. The researchers stressed that they were unable to prove causation, but found the correlation compelling. Employers are convinced, and many have the will to strive for more diverse workforces.

Most agree that targets and transparency lead to progress. In the UK, the 2016 Parker Review recommended each FTSE 100 board should include at least one director from an ethnic minority by 2021. Since then, large employers such as professional services firm EY have set targets for various levels of seniority. However, they often struggle to recruit, retain and develop talent from among ethnic minorities.

Benchmarking, data gathering and monitoring are essential to rectify such failings. Green Park, a recruiter focused on diversity, has reported on the ethnic composition of boards and senior managers among the UK’s FTSE 100 companies.

Yet many companies find it hard to collect data beyond the C-suite. Jill Miller, policy adviser at the UK’s Chartered Institute of Personnel and Development, says gathering data on race depends on winning the trust of staff. “They have to create a culture where people feel comfortable sharing that data first,” she says.

What else is required in terms of targets, recruitment and retention?

Sarah Kaiser, diversity and inclusion lead for Europe, Middle East, India and Africa at Fujitsu, says her multi­national company has found a way to acquire data and set targets for racial diversity, and then measure progress over time.

She stresses that no single change worked alone; instead, lots of small changes took effect at once. The implementation of an array of measures simultaneously has proved effective for many companies that have made the most progress in building an ethnically more diverse workforce. Fujitsu, for example, has made gains in part by using a system called Situational Judgement Testing in its UK graduate recruitment interviews.

“It is an online tool that tests what people would do in a real situation and the values they bring to a judgment, rather than [the traditional method of asking about] skills and experience,” she says. “This allows recruiters to test how well a candidate’s judgment pairs with the position they are applying for.”

Ms Kaiser says black, Asian and ethnic minority recruitment at Fujitsu in the UK has increased from 13 per cent in 2016 to 26 per cent last year. The company has introduced other measures to support its longer term UK target of 18 per cent employees from such backgrounds by 2020, which it says reflects the labour market.

For instance, Fujitsu has changed advertising material, using different language and pictures to attract a broader pool of applicants. Recruiting staff have been trained to overcome unconscious bias.

On noticing that many ethnic minority workers tended to leave their jobs early on, the company introduced a mentoring programme led by senior staff from similar backgrounds. Senior leaders also receive reverse-mentoring. “If you are a white leader, you have probably never walked into a room and been the only white person in the room,” says Ms Kaiser. “We want to make leaders aware of what that is like for employees.”

After such efforts, Fujitsu made particular progress in the UK, where collecting and storing data about ethnicity is legal.

However, achieving diversity in the other countries in which it operates is challenging, because legislation about what data can and cannot be gathered and held is different (see story below). “Lots of countries forbid it,” says Ms Kaiser. “In France, for example, it is illegal in case you discriminate. We can’t set targets anywhere but in the UK.”

Pauline Miller, head of diversity and inclusion at Lloyd’s of London, the insurance market, recognises the problem. Part of her role is to encourage the insurance market’s “members” — a collection of underwriter corporations and private individuals — to adopt best practice. “We should only collect data where it makes sense,” she says. “And that will not be in every jurisdiction.”

Lloyd’s undertook an audit of its recruitment and management policies and practices in the years of 2015-16, and has worked with a consultancy called Clear Company to improve its minority ethnic hiring rates. “I have never encountered resistance,” says Ms Miller, whose company published its first annual Holding up the Mirror report in 2016. The insurer has also introduced an Inclusive Recruitment and Talent Management system to foster greater inclusion of under-represented groups in its member companies. The tool tracks and monitors data and also measures performance against peers.

The next hurdle, she says, is gathering data to reveal the ethnic pay gap — a natural next step after the introduction of compulsory gender pay gap reporting by UK companies in 2018. “There is a slow shift,” says Ms Miller. “But it will take a generation to move the dial.”

In the UK, employers can collect and store data on race and ethnicity for the purpose of monitoring equality, as long as this is done within the law.

In the rest of Europe, the picture is different: rules differ across EU member states. In France, for example, there are limits on data that can be collected on a category known as “descendants of immigrants”. Under the General Data Protection Regulation that came into force this month across the EU, employers can gather and process personal data on ethnicity for the purpose of equality monitoring.

However, they must be able to prove they are doing so on a legal basis. They must also have permission from individuals to do this, among other conditions. 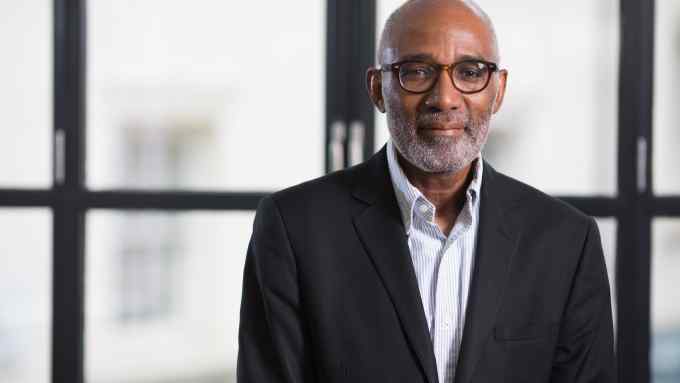