Entrepreneur diversity: you can’t be what you can’t see

When we look back on 20 years of the EY Entrepreneur Of The Year (EOY) programme, the lack of gender diversity across the entrepreneurial landscape cannot be ignored.

While we have celebrated successful female entrepreneurs, including overall winner Rosemary Squire in 2014, we would have hoped to see more women following in their wake. Sadly, that has not been the case.

Both in the UK and globally the number of female winners of the EOY awards is low. Understanding and addressing the reasons for this is vital if the potential of female entrepreneurs is to be unlocked fully.

When we take a look at those benefits, the unrealised potential is staggering. The Alison Rose Review of Female Entrepreneurship found that “up to £250bn of new value could be added to the UK economy if women started and scaled new businesses at the same rate as UK men”.

At our event in October for the EY Entrepreneurial Winning Women (EWW) UK class of 2019, one of the first questions in a room filled with dynamic female business founders was what can be done to give female entrepreneurs an equal footing?

While we have celebrated successful female entrepreneurs, we would have hoped to see more women following in their wake. Sadly, that has not been the case

Action is under way. In response to the Rose review’s findings, the UK government has announced its ambition to increase the number of female entrepreneurs by 50 per cent by 2030 — equivalent to nearly 600,000 additional entrepreneurs.

Through the EOY and the EWW programme — which, over the past 11 years has supported almost 500 entrepreneurs globally — EY is committed to helping unleash the full potential of female entrepreneurs.

However, both EY and business leaders can do more to accelerate progress and encourage female role models to emerge.

One critical element, viewed by our network of female entrepreneurs as a game-changer, is the procurement process: where, as a business, do you spend your money?

According to research by WEConnect International, a non-profit group, women-owned businesses receive less than 1 per cent of the purchasing spend of big companies and governments.

EY efforts to move the needle on this challenge include a commitment to spend $100m on goods and services provided by women-owned businesses, welcoming more female entrepreneurs into our supplier network.

Leading businesses have a vital role to play in helping more women receive equal and fair access to procurement opportunities. Through reviewing purchasing policies and diversifying suppliers, they can empower female entrepreneurs. If we can tackle this problem, the impact on future generations of female business leaders and the UK’s presence as a business hub would be revolutionary.

The author is UK Chairman at EY 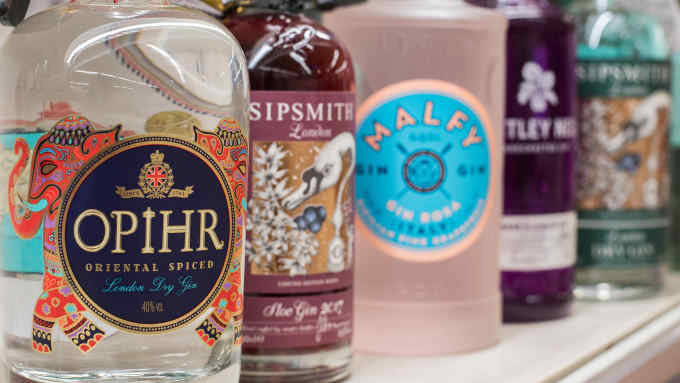