Trump and opponents use US courts as a battleground

The American legal system is politicised by both sides

The power of the American courts to check both Congress and the president has been accepted since at least 1803 when, in Marbury v Madison, the Supreme Court declared that justices could throw out laws that conflicted with the constitution.

But the three-branch system of government established by the US constitution and confirmed by that case is coming under extraordinary strain.

Justices and judges at all levels are being asked to arbitrate on anything from the limits of congressional subpoena power to immigration and environmental policy.

On November 25 a federal district judge ruled that US President Donald Trump could not block Don McGahn, his former legal adviser, from testifying to Congress, and the Supreme Court blocked a lower court from forcing Mr Trump’s accounting firm to turn over his financial records to Congress while it hears the arguments in the case.

Pitched battles are being waged at all levels of the legal system, with advocates on all sides hoping to press partisan advantage by bringing cases to specific judges or courts that they think will be favourable to them.

“Never in history have the federal courts been called upon — and been eager — to decide so many disputes over presidential power or, for that matter, separation of powers between the president and the congress,” says J. Michael Luttig, a former federal judge.

Never in history have the federal courts been called upon — and been eager — to decide so many disputes over presidential power, or for that matter, separation of powers between the president and the congress

The causes are two-fold: one has been building for decades, the other is specific to Mr Trump and the efforts by congressional Democrats to rein him in through impeachment and other means.

Republican and Democrat activists have a history of turning to the courts when they do not have the votes to carry the day in the political arena. In the 1930s there were successful Supreme Court challenges to key New Deal programmes, and in the 1950s liberals promoted civil rights through rulings including Brown v Board of Education, which ended school segregation.

In the past two years the Trump administration’s radical, and sometimes poorly drafted, efforts to rewrite immigration and environmental policy have drawn rapid legal responses, often leading to government defeats in the lower courts. The president’s 2017 effort to ban citizens from specific, predominantly Muslim countries travelling to the US were repeatedly blocked by the courts until June 2018 when a narrower and more clearly worded policy passed muster in the Supreme Court.

Although these fights sparked angry rhetoric on both sides, they can be explained as extreme manifestations of the kind of partisan battling to which the US legal system has become accustomed.

Two factors make the Trump administration different. The first is its willingness to use the courts to fight virtually all requests for information, such as Mr Trump’s pre-presidential financial records and testimony from his aides. The second is the level of efforts by congressional Democrats to seek testimony and information from his aides as part of the impeachment process.

“The president’s defence [tactics] in [taking all] these court actions is unprecedented. It has effectively put him above the law, able to keep any information from anybody if it suits his purposes,” says Michael Gerhardt, a constitutional law professor at the University of North Carolina. “But he may be counting on the fact that he’s got five Supreme Court justices appointed by Republicans who will back his robust view of executive power.”

The president, the Congress and even the courts themselves are all responsible for their constitutional irresponsibility

So far Mr Trump has been on a losing streak in the lower courts. The Supreme Court took the latest case involving his accountants after he lost, 2-1, at circuit court level. It is already considering his appeal against a decision requiring his accountants to give eight years of his financial records, including his tax returns, to Manhattan prosecutors.

More cases are coming: on November 26 congressional Democrats on the House oversight committee sued attorney-general Bill Barr and commerce secretary Wilbur Ross for refusing to comply with subpoenas for documents related to the Trump administration’s efforts to add a citizenship question to the 2020 census.

Despite the conservative majority in the Supreme Court, it is not clear how these battles will turn out. The historical precedents are not comforting for the president.

In 1974 President Richard Nixon argued for a similarly robust view of executive privilege during the Watergate investigation. His effort to withhold the tapes of his Oval Office conversations from a subpoena ultimately ended in defeat when the Supreme Court ruled unanimously to require him to turn over the recordings. The resulting revelations ultimately led to his resignation.

Mr Trump’s efforts to keep his tax returns private have another unanimous precedent weighing against them: the 1997 decision in Clinton v Jones that sitting presidents are not immune from civil lawsuits over their conduct before, and unrelated to, taking office.

Many political analysts believe the courts will continue to rule against Mr Trump in the cases involving his efforts to prevent Congress and state authorities from investigating him, but the legal system is moving much more slowly than the impeachment process and the 2020 election is looming.

By that time, much of the damage to the US legal system will already have been done. “The partisan opponents of the president challenge him on everything and he challenges them in return. The result is the increasing politicisation of law in America,” says Mr Luttig.

“The president, the Congress and even the courts themselves are all responsible for their constitutional irresponsibility.” 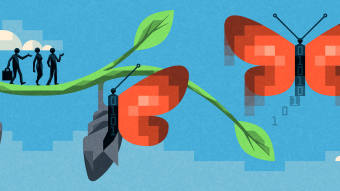