China lashes out at Boris Johnson over Huawei ban

Helen Warrell and George Parker in London, Demetri Sevastopulo in Washington and Yuan Yang in Beijing

China has stepped up its attacks on Boris Johnson over his ban on new Huawei equipment, suggesting he had reduced Britain “to a vassal of the US” and vowing to take “all necessary measures” to defend the country’s commercial interests.

The warnings from China’s foreign ministry came as Conservative MPs said they would press Mr Johnson to cut Chinese companies out of another key part of the country’s critical national infrastructure: nuclear power.

Liu Xiaoming, China’s ambassador to the UK, said Britain’s decision to ban Huawei from selling new 5G telecoms equipment from the end of the year had “seriously” damaged trust between governments and businesses in the countries.

The ambassador, in a video seminar on China/Europe relations, claimed Huawei had been “purged” by Mr Johnson, and said the British prime minister was joining the US in treating China as “a rival, a threat, a hostile country”.

Some Conservative MPs are now turning their sights on the ambitions of Chinese companies in Britain’s nuclear power sector, claiming that — like Huawei — they could be the targets of US sanctions.

Neil O’Brien, Tory MP and co-founder of the China Research Group, said there was a question about whether Chinese companies can deliver on the projects, especially if US sanctions made it hard for suppliers to work for them.

Bernard Jenkin, a senior Conservative MP, told the BBC’s World at One: “We should not allow China to take control of other critical national infrastructure like nuclear power.”

However, some Tory MPs in the China Research Group are nervous about being seen as “anti-China” and many of them supported Mr Johnson’s compromise plan to phase out Huawei equipment from Britain’s 5G network by 2027.

Laura Trott, one CRG member, said Britain still needed to have “a strategic relationship with China” and ensure that Beijing offered reciprocal access to British companies to invest there.

Senior Tories believe enough Conservative MPs will support the new plan for Huawei — which includes a ban on the sale of new 5G equipment by December 31 — to allow the passage of new telecoms legislation in the autumn.

Asked if the Huawei decision heralded a review of Chinese investments in British nuclear energy, Mr Johnson’s spokesman insisted there was no connection between the two.

He added that nuclear projects were the subject of “robust and independent” regulation and that Britain was determined to maintain a “clear-eyed” but constructive relationship with Beijing.

China’s CGN is a junior funding partner in Hinkley Point C, the nuclear power station under construction in Somerset. It is also funding a fifth of the development costs of the proposed Sizewell C plant in Suffolk.

But nuclear industry executives point out the real concern among Tory MPs is about Bradwell-on-Sea in Essex, a proposed plant where CGN is hoping to install its own reactor technology.

The Chinese group is seeking UK regulatory approval for its reactor design but the executives pointed out there were no imminent decisions on Bradwell, with news from Britain’s nuclear regulator not expected for another 18 months. CGN has invested £3.6bn in the UK, the majority of which is for Hinkley Point.

CGN was last month included on a list compiled by the Pentagon of 20 companies with links to the Chinese military. Last year it was also put on a Washington export blacklist over accusations of stealing US technology for military use. 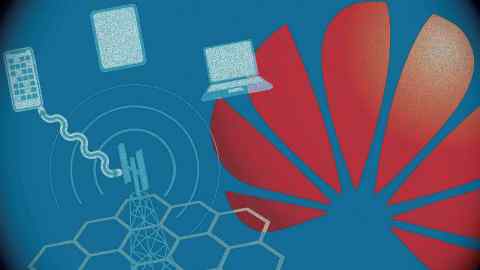 Meanwhile, Mike Pompeo, US secretary of state, on Wednesday praised Mr Johnson for his Huawei reversal, which will mean the company is banned from supplying new equipment from 2021; all existing 5G kit will have to be removed by 2027.

But Mr Pompeo also said that “faster is always better to get this equipment out of their system”, in comments that suggested the US would be even happier if the December and 2027 deadlines were brought forward.

Mr Pompeo will visit Britain next week and is expected to meet Conservative MPs, some of whom want Mr Johnson to order all Huawei kit be ripped out of Britain’s networks on a much tighter timeframe.

Some in Washington are privately concerned that the UK move to set a December deadline was chosen in the hope that Joe Biden, the Democratic presidential nominee, would beat Mr Trump in the November election and take a softer stance on Huawei.

Mr Pompeo also pushed back against suggestions that the UK took the decision because of pressure from Washington and sanctions that placed restrictions on Huawei obtaining US technology, which raised fresh concerns about the security of their networks.

“Their security teams came to the same conclusion that ours that you can't protect this information,” Mr Pompeo said.