Corporate bailouts should come with strings

Bailouts are back. More than a decade after the financial crisis, and the government rescues of banks that followed it, the term has a wider resonance. Governments are throwing vast sums of money at companies and economies to support them through the coronavirus pandemic. The question for policymakers is whether the money should be allocated only on the basis of economic need, or on other criteria? Who, in other words, deserves a bailout?

Britain’s church leaders have suggested that the undeserving include groups or business owners based in tax havens. Taking a state handout while avoiding taxes is wrong, they argued this week. Richard Branson, billionaire owner of Virgin Atlantic and resident of his own Caribbean island (though he denies he lives there for tax reasons), has been criticised by some politicians for asking the UK government for a £500m package in commercial loans and guarantees to save the airline.

For companies, in particular those with strong balance sheets, there is no straightforward answer: accepting public funds to pay furloughed workers is not only legal but, some would argue, a director’s obvious fiduciary duty. But unless other steps are taken as well, such as cutting executive pay and handouts to shareholders, the judgment from the court of public opinion may be harsh. After criticism, Shake Shack, the US burger chain, is returning the $10m it had received under the government’s bailout for small business. Disney has furloughed more than 100,000 workers yet continues to pay top executives handsomely.

In many cases the conditions attached to the bailouts of 2008 were not meaningful — a lesson to heed today. A handful of European governments, including Denmark and France, have barred emergency cash for any companies registered in countries on the EU’s list of non-cooperative tax jurisdictions. The step may seem radical but the definition used is narrow. It excludes EU tax havens such as Luxembourg. Companies also contribute to the public purse through staff taxes and VAT, so governments can lose out if companies are not rescued.

Far better would be to tie a bailout to a moratorium on dividend payments and share buybacks. This should be for a limited time only given the impact the loss of dividends would have on the pensions of individuals, most of whom have already seen their retirement income adversely affected by the collapse in equities. Excessive executive pay should also be curbed. Britain’s Investment Association has said that companies should consider reviewing long-term incentive plans and bonuses.

Policymakers will need to examine the merits of any bailout of private equity-backed companies. Many were loaded with extreme levels of debt to fund the payment of large dividends to owners. The industry is also sitting on large cash piles. Yet simplistic demonisation of private equity would be wrong. Many such firms are efficient business owners and also fund some of the midsized companies that are bearing the brunt of the crisis.

Some boards may bridle at conditions being placed on bailouts. Companies cannot be blamed for coronavirus, they may argue, so should be supported by governments through the pandemic.

That view misses a bigger lesson of the 2008 crisis. Banks’ apparent indifference to public opinion even as they were being saved by taxpayer money led to their demonisation — the bash-a-banker trope lives on today. Company executives should agree to sensible tests being attached to bailouts to avoid reputational damage to the entire business community.

Give people a say in where crisis cash should go / From Ronnie Horesh, Chester, UK 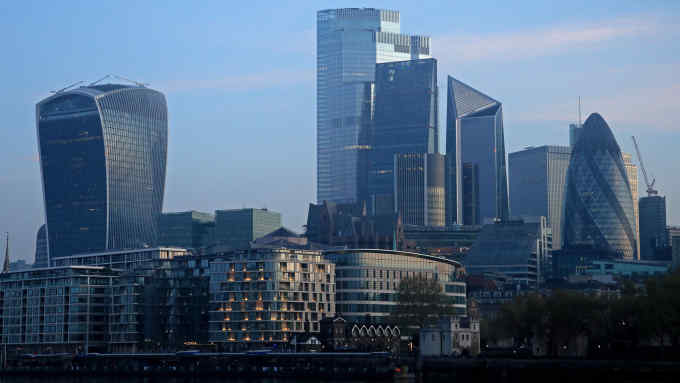 Martin Wolf argues Covid-19 lays bare the risks of financial leverage, Gideon Rachman says it may bring a global ceasefire, and despite a US stock market rally, Gillian Tett warns of ominous signs. Here’s the best of this week’s comment and analysis