Telcos struggle to define next generation

Consumers may have only recently upgraded to the 4G standard on their mobile handsets, but telecoms carriers are already looking ahead to the next wave of wireless development, known as 5G. Many are openly discussing the possibility of rolling out this updated version commercially by 2019.

The European Commission, keen to keep ahead of the debate, has published a 5G action plan. It estimates that sectors such as healthcare, transport, cars and utilities will see economic benefits of €113bn by 2025 from the technology. Building new 5G networks is expected to cost €56bn and could create about 2.3m jobs.

The telecoms industry is still struggling to define exactly what 5G technology is. The current generation of mobile transmission technology, 4G, has delivered on the promise of turning a mobile phone into a computer. Its predecessor, 3G, offered data services such as video calling. However, it is only since the advent of faster 4G networks that streaming video and live sports to a mobile phone has become a reality. The goal is that 5G should enable better delivery of streaming services and faster download times.

While there is much talk about the need for universal standards for 5G, Europe, the US and South Korea are racing to define the technology in potentially different ways.

All participants in the 5G chain — hardware makers, carriers and businesses developing software to take advantage of the internet of things — want to speed up the process and have formed numerous standards bodies to deliver on one common goal.

The industry is desperate to learn from history. Rolling out 3G was messy and took 10 years because of competition around standards, whereas 4G deployment, with only two variations were used, took place in half the time.

Companies are also vying to take a lead in the race toward 5G. Telecom Italia in 2015 pushed ahead with tests of a virtual radio access network technology called vRAN that prepares the ground for 5G.

This was the first successful trial in Europe and the carrier has launched the “5G for Italy” plan alongside Ericsson to encourage researchers and companies to test 5G technology.

A global 5G event in Rome last November brought together engineers, European commissioners and standards experts to thrash out a plan. Turin has already begun testing some elements of a 5G network.

The UK telecoms regulator has set a timetable for the launch of 5G services in Britain by 2020, with early trials set to take place as soon as next year. 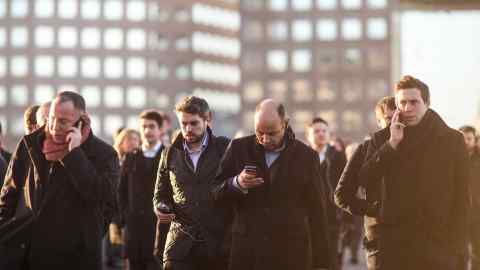 Ryan Ding, executive director and president of products and solutions at Huawei, the Chinese telecoms equipment company, says that 5G “will be the cornerstone of the digital industries, and a global single standard is critical if all things are to be connected”.

But there is a high risk of more fragmentation and some companies fear that failure to agree a common path quickly could jeopardise 5G’s benefits.

Derek Aberle, president of Qualcomm Incorporated, warns against regulatory intervention in the standards process. “Predictability means keeping standards as a voluntary process. One thing we have to be very careful about is changing the rules after significant investment has been made in the technology.

“Such changes can cripple industries and create uncertainty that will mean less investment in deployment. Balance and predictability are needed to make the internet of things a reality.”

Mr Aberle adds that the industry must ensure 5G complexity does not overwhelm the development of applications. “We need to make sure the technology is very easy to adopt. If we are not able to make it easy and cheap to adopt, it won’t happen,” he says.

The biggest stumbling block for the industry is perhaps the least obvious. Equipment makers are concerned about which parts of the spectrum band 5G will sit in. Different countries have allocated different portions of the airwaves to carry 5G signals. For a device to work across all of them requires eight antennas, making phones both very heavy and very expensive.

Mark Keenan, chief executive of advisers Real Wireless, adds: “Many of those applications identified under the 5G vision are highly demanding, with significant spectrum requirements.

“The success of 5G requires legislators and regulators to begin investigating spectrum allocation and sharing principles as soon as possible to help overcome any challenges well in advance of the technology being deployed.”