Buying versus shopping: how retail will be transformed by 2050

The consumers of 2050 will look back at the early years of the millennium and marvel at the amount of time people wasted sourcing daily essentials and accumulating things they used infrequently.

The drudgery of pushing a trolley and two children around a packed supermarket on a Saturday morning and loading a dozen bags of groceries into a car will appear comically inefficient, rather like doing laundry by hand and putting it through a mangle.

“The things we need will just come to us without us thinking too much about it,” says Sophie Hackford, a UK-based futurist, as internet-connected devices “learn” when (and when not) to order replacement items.

But for this to happen, technology will have to improve to the point where its intervention is barely perceptible. “We don’t want to see technology . . . Most people don’t want to live in the Matrix,” adds Ms Hackford.

The current, slightly clunky experience of the Alexa voice-controlled assistant and smart fridges suggests there is some way to go on this.

Tech will also permeate how we decide what to buy. The task of searching for the best deals and comparing products will fall to chatbots and avatars, raising the bizarre prospect of companies marketing not to an individual, but to that person’s cyber space presence. Adverts will no longer exploit human weaknesses or tug at heartstrings but rather seek to game our avatars’ algorithms, making marketing as much about information and computing power as human creativity.

Beyond life’s daily essentials, shopping will become an increasingly social activity, rather like going to a concert or a restaurant. Shops will become more digitally integrated but they will still exist — albeit in smaller numbers — and we will still visit them in person.

This will make the distinction between “buying and shopping” — as EY’s global head of consumer, Kristina Rogers, puts it — even more clear than it is now.

By 2050 the idea that everybody pays the same amount for an item will appear bizarre, predicts Michael Ross, a data scientist at retail analytics company Dynamic Action.

“Dynamic pricing is coming very soon,” he says, noting that this model, where prices are set according to supply and demand, is already commonplace in sectors such as travel. It will appear first as individual offers based on how valuable the customer is to the retailer or stock levels, according to Mr Ross.

The number of things we actually buy, however, will fall as sharing or renting becomes more socially acceptable and practical. The “sharing economy” has grown mostly in big-ticket items such as cars, but it is already extending into sectors such as fashion, with subscription-based services like Rent the Runway becoming more mainstream.

Retailers will also face increasing competition: advances in technology and changing business models have lowered the barriers to entry in consumer and retail industries. This means new businesses can launch quickly and provide more choice for consumers.

“Platforms allow firms to participate [in the digital economy] without having to make huge investments,” says Roland Palmer, head of Europe at Alipay, the payments system owned by Ant Financial.

Many will of course ultimately fail, but a few will be wildly successful. This is why Jeff Bezos, the founder of Amazon, reportedly told a staff meeting last year that the company which dominates ecommerce “will one day go bankrupt”. 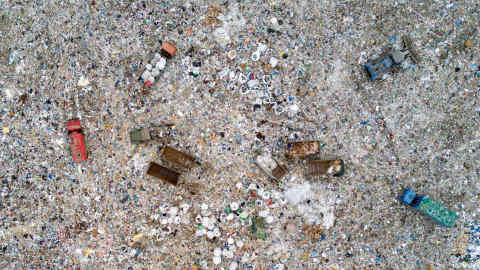 Wider changes are afoot when it comes to groceries. Ms Rogers at EY says that in a future where climate issues will be paramount, it is improbable that we will consume so much carbon-intensive meat.

Food supply chains, which have spent decades growing longer as consumers developed a taste for more exotic foods, will almost certainly have to shorten.

Manufacturers and retailers will increasingly decentralise production “into local factories that can serve consumers more reactively and with a lower environmental impact”, according to John Vary, a futurologist at the John Lewis Partnership, a UK retailer.

While the west shaped shopping experiences in the 20th century, the east will play a much greater role in the 21st

Indoor farming in carefully controlled conditions will become more commonplace, offering a potential alternative use for the large retail spaces that will become vacant in decades to come.

These shorter supply chains — alongside technology such as autonomous vehicles — will also make “last mile” delivery more economically and environmentally viable than it is at present. This will become increasingly important as about two-thirds of the population are predicted to live in dense urban areas by 2050, according to UN predictions.

The pace of technological advance might sound implausible, given that in many developed economies the basic habit of shopping has not fundamentally changed over the past 30 years.

But the example of China shows it is possible for technology establish itself quickly. Three decades ago, most Chinese people bought groceries at markets or local stores using cash. Today, digital payment platforms such as Alipay and WeChat have hundreds of millions of users.

“China went straight from zero to WeChat whereas we went through all the intermediate stages,” says Ms Hackford. The pace of change in China has made its citizens more open to trying new ideas, adds Ms Rogers.

And while there are those who already fear a dystopian future where computers know more about us than we do and a handful of giant technology corporations use their “data lakes” to control our lives, experts suggest utility will trump privacy.

“There will be blowback and people will get outraged about it. We’re seeing that already,” says Ms Hackford. “But the same people also like the convenience.”

China is already in the vanguard of technologies such as facial recognition, vehicle batteries and solar power. While the west shaped much of the world’s shopping experiences in the 20th century, the east will play a much greater role in the 21st. 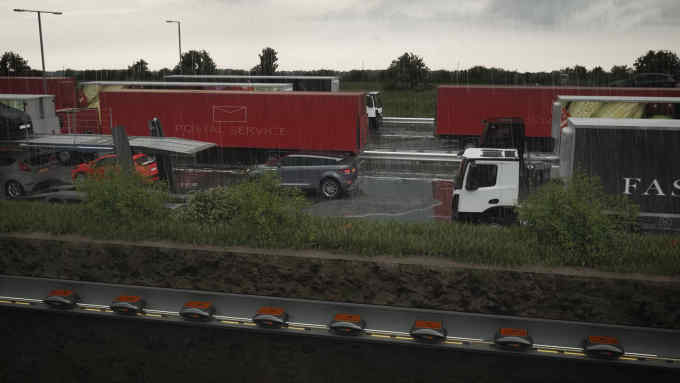