US regulators on Friday rejected a high-profile attempt to list a bitcoin-based exchange traded fund on Wall Street, citing worries over the potential that fraud in the crypto market will reach regulated exchanges.

The Securities and Exchange Commission denied the application for the VanEck Bitcoin ETF on concerns over “fraudulent and manipulative acts and practices” in the markets where bitcoin is traded. Its decision was based on a need “to protect investors and the public interest”, it added.

Among the concerns the SEC raised in the disapproval order included possible “wash trading”, when the same institution is on both sides of the trade, generating extra fees for minimal risk; potential price manipulation by whales who dominate bitcoin; and possible “manipulative activity involving the purported ‘stablecoin’ Tether”.

The SEC ruling damps the hopes of crypto advocates who had been lobbying the regulator to allow a fund backed by bitcoin to trade on tightly regulated US markets. The agency has repeatedly rejected similar filings over the past eight years but expectations were raised last month when the SEC allowed the first bitcoin futures-based ETFs in the country.

Canada and several European countries have approved spot cryptocurrency ETFs, with VanEck expected to launch the first such product in Australia soon.

Speculation that the ETF might be approved helped push bitcoin to a fresh high of $68,676 on Wednesday, as Sunday’s deadline for the SEC to reject it neared. It last traded at $63,168.

However, senior SEC officials have previously stated concerns about trading conditions and the ability to manipulate the underlying cryptocurrency market. Digital tokens are traded on a wide variety of largely unregulated venues around the world.

“The SEC has received a lot of comments for many years on Bitcoin ETFs but it has a broader mandate. Investor protection in the crypto world has been on their mind a lot recently,” said Elisabeth Kashner, director of global fund analytics at FactSet.

As recently as last month Gary Gensler, chair of the SEC, described crypto finance as the “Wild West, adding that it is “rife with fraud, scams and abuse”.

US authorities have said the primary listing exchange for a bitcoin ETF needed to have a comprehensive agreement with a large regulated market related to bitcoin so it could monitor for potential manipulation or fraud. Van Eck planned to use CBOE Global Markets. “The listing exchange has not met that requirement here,” the agency said.

Jan van Eck, chief executive of VanEck, said: “We are obviously disappointed in today’s update from the SEC declining approval of our physical bitcoin ETF. We continue to believe that investors should have the ability to gain exposure to bitcoin through a regulated investment product and that a non-futures ETF structure is the superior approach.”

The futures-based ProShares Bitcoin Strategy ETF (BITO) has amassed assets of $1.4bn since staging one of the strongest ETF launches in history last month, indicating the appetite for fund-based exposure to the cryptocurrency.

The fund holds futures contracts that trade on a CME Group venue, an exchange that is overseen by the Commodity Futures Trading Commission.

The Grayscale Bitcoin Trust, a private trust that holds physical bitcoin, has a market capitalisation of $36bn.

Todd Rosenbluth, head of ETF and mutual fund research at CFRA Research, said: “The SEC has been consistent that it believes a spot Bitcoin ETF would not protect investors from fraud or manipulation. That remains a high hurdle to overcome and likely means it could be a while before any spot ETF is approved in the US, even though they are available in other markets.

“For now ETF investors will have to accept a US-based futures tied product like BITO or equity ETFs that offer exposure to blockchain and crypto related companies.” 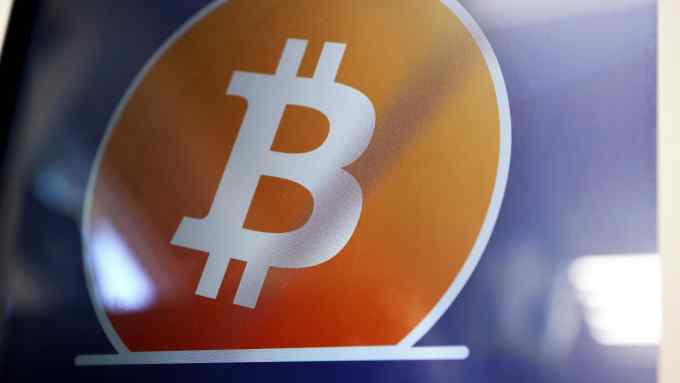