Lead the way with 50% off
Opinion Corporate governance

Coronavirus should focus the minds of Asia’s entrepreneurs

Governments, businesses and individuals are scrambling to cope with the daunting economic damage of the Covid-19 pandemic. Companies both big and small with weak governance systems could find themselves disproportionately exposed.

Corporate governance standards at Asian companies — which had seen muted progress for decades — has ticked upwards over the past few years, prompted by targeted regulations and growing pressure from institutional investors.

As an investor, the International Finance Corporation, part of the World Bank Group, witnesses first-hand the importance of governance in creating well-performing, sustainable companies. This is especially true for fast-growing firms whose rapid expansion means they can quickly outgrow their governance structures.

Much of Asia’s progress has been led by government, with a host of new laws, codes, and regulations sweeping the region. New or updated rules — outlining requirements for boards of directors, shareholder rights, disclosures and risk management — have been implemented by China, India, Singapore and Japan, as well as fast-growing emerging markets such as Thailand, Malaysia, Indonesia, Vietnam and the Philippines.

These changes often include provisions around environmental and social matters in an effort to pivot companies away from a parochial focus on shareholder primacy towards broader considerations around sustainability. Hong Kong, Singapore and Malaysia, for instance, have recently adopted environmental and social disclosure requirements for listed companies. Others are likely to follow suit.

While regulatory changes are primarily aimed at listed companies, pressure on private companies comes more from institutional and private equity investors — which are increasingly pushing for higher ESG standards in their investee companies.

Beyond the force of new rules, there are signs that companies are open to change in other ways.

Japan’s measures to address concerns around poor transparency, closed governance systems and cross-shareholding — in which companies hold blocks of shares in one another in order to forge long-term relationships — have borne fruit.

For fast-growing companies, having a formal yet scalable framework is crucial

In 2019, the number of companies pledging to drop prohibitive anti-takeover policies (such as the so-called poison pill, where a company issues new shares to dilute those of an acquirer) more than doubled from 2018.

Further, studies like the IFC-supported scorecard initiatives from the Bombay Stock Exchange and the Asean Capital Market Forum point to steady, albeit slow, improvements in aggregate company scores for the past several years.

These are important developments for investors. Evidence suggests companies with good governance will often improve their access to capital, resilience and performance — something that applies equally to younger companies.

A recent IFC review of its own portfolio companies showed those with higher governance scores achieved a return on equity nearly three times higher than those with low scores. They also enjoyed lower credit risk and, crucially for growing ranks of investors, scored higher on ESG impact measures.

For fast-growing companies, having a formal, yet scalable, governance framework is crucial. One of IFC’s partners, a leading Asian tourism and hospitality company, is a case in point.

The founder-controlled business struggled with decision-making bottlenecks, rapid expansion into new markets and growing pains due to informal business processes. After restructuring the board, modifying the decision-making framework and strengthening formal oversight roles, the company was better able to keep pace with change.

Yet progress in Asia has not been as extensive as many would like; some changes have even been criticised such as the introduction of dual-class shares in Hong Kong and Singapore, which some see as an erosion of minority shareholder protection due to the resultant unequal voting rights.

In some jurisdictions, redress for shareholder disputes through legal process remains difficult or nonexistent. And many regulatory requirements are in “soft law” form — that is, some are only voluntary — and enforcement is wanting. 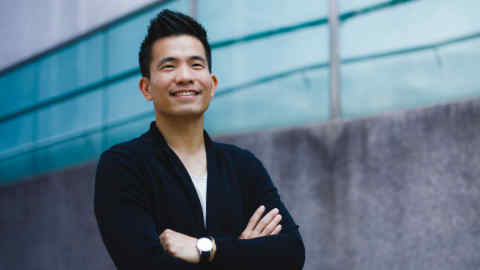 Many persistent problems stem from widespread single shareholder-controlled companies, particularly family firms, which tend to have less-formal governance frameworks. State-owned enterprises, prevalent in many Asian markets, also come with their own set of challenges.

Shortcomings that are commonly found include board independence and diversity; transparency and disclosure of non-financial information; how conflicts of interest are managed; shareholder rights and practices, including strong protections for minority shareholders; and commitment to environmental and social risk management.

Continued regulatory progress is important here, but it is investors who have the most leverage to effect a shift — a single influential shareholder pressing for change can have a significant impact.

Weathering the Covid-19 storm will be challenging for many companies. Those with an engaged leadership, sharpened risk governance frameworks, strong contingency plans and greater transparency levels are more likely to foster better decision-making. And that could be difference between those who emerge from this difficult period successfully and those who don’t.