How to lightweight a car — in charts

Manufacturers experiment to save weight, but cost is top drawback of steel alternatives

For conventional automobiles that run on diesel or petrol, the attraction of saving weight is clear: a 10 per cent reduction can result in a 6 to 8 per cent improvement on fuel economy.

This should help carmakers meet tightening regulations, which are forcing them to reduce exhaust emissions. But another important reason for “lightweighting” is the anticipated rise sales of electric vehicles — since the lithium-ion batteries behind these cars are heavy often weighing 200-300kg or more.

For engineers, this means delivering parts and components that weigh less without compromising on structural integrity. This is leading to greater research and development into the use of new and advanced materials and manufacturing techniques.

The challenge is to produce better performance at a cost that does not make the final product too expensive in an industry that operates on thin profit margins.

Replacing traditional steel with lighter materials such as magnesium alloys, aluminium alloys, carbon fibre and polymer composites can directly reduce the weight of a vehicle’s body and chassis by up to half, according to the US Department of Energy.

For decades, steel has been the metal of choice in cars — whether in body panels, structural pillars or the transmission — because it is relatively inexpensive, strong and malleable.

So US carmaker Ford’s decision to opt for an aluminium body in the 2015 model of its F-150 pick-up truck, America’s best-selling car, represented a sea change.

Aluminium producers say its low density can lead to weight savings of up to 50 per cent, although it is not as easily welded as steel. Already widely used for wheels and bumpers, suppliers say aluminium also has the potential for greater use in parts like brake components and heat exchangers.

However, the main barrier to greater adoption is its cost. Aluminium is about three times more expensive than steel, which means it has been mostly associated with premium products like sports cars.

Carbon fibre composites are billed as the next big frontier in automotive materials. Their biggest advantage is a high strength-to-weight ratio, while also demonstrating stiffness, corrosion resistance and the ability to be worked into complex shapes.

But, again, cost is the biggest obstacle to adoption — prices are several times those of steel. For years, production was chiefly manual, making it difficult and expensive to produce large volumes of parts in the short times required for automotive manufacturing.

But more automated processes are coming into use, which is set to lower the cost of the material beyond its mainstay of high-end and luxury sports cars. BMW introduced the first mass-produced passenger car with a frame and panels made of carbon-fibre reinforced plastic in 2013.

Drawbacks include the difficulty in recycling composites, as well as the large amounts of energy that go into making them.

Among the newest materials touted as having potential in automotive is magnesium, which is the lightest structural metal and can offer weight savings of around 50 per cent compared with steel.

At present, it is not widely used and only accounts for around 1 per cent of a typical car’s weight, though some of the most common applications are engine blocks, gearboxes and clutch housing.

Magnesium can be bolted or welded to other components. But it is inherently brittle, has limitations in handling heavy loads and experts warn that if exposed to moisture, magnesium will interact with most other metals and cause corrosion.

Get alerts on Industrial metals when a new story is published

Explore the Special Report
READ MOREThe Future of the Car
Death of a car salesman: subscriptions disrupt the forecourt 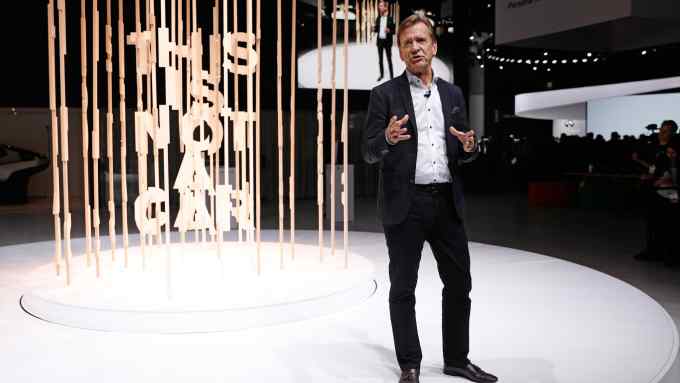