In an exciting and glamorous development, nearly 100 wealthy people disarmingly calling themselves “Millionaires for Humanity” have signed a letter asking their governments to make them pay more tax. They could simply have called themselves Millionaires for Tax Rises, but that might not quite have conveyed the higher level of consciousness reached by these happy enlightened few.

Other supporters come from the world of finance and business, and include a former Citibank trader who joins from the splinter group Millionaires who Retired at 27 for Humanity.

Many of the group penned a pretty similar letter in January to the World Economic Forum in Davos. That group, using the catchier name Millionaires Against Pitchforks, argued for higher taxes with an appeal to self-interest that, if the wealthy did not hand over the cash they had stuffed away in tax havens, people might rise up to take it off them. There is, obviously, a Millionaires for Tax Havens group but they tend not to put their names to letters in The New York Times.

This time around the Millionaires for Humanity have taken a loftier tone. They begin with the self-effacing statement that “as Covid-19 strikes, millionaires like us have a crucial role to play in healing the world”. You know, that’s so true. Every Thursday we should clap for them. 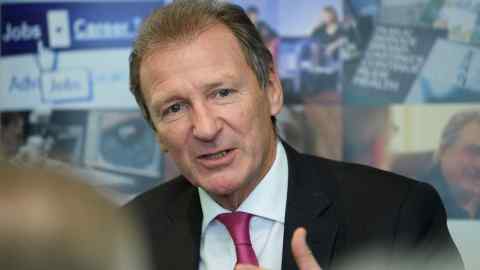 The Millionaires for Humanity, or MFHs, admit they have not been driving ambulances, saving lives or even stocking shelves. But they add tellingly: “We have money. Lots of it.” If that’s not worth a clap, what is? They then go on to set out the problems facing the post- and indeed pre-Covid world, before adding that these cannot be solved through charity “no matter how generous”. Hear that, Bill Gates? You are not really helping.

After a few more lines about ordinary people who aren’t like them, they urge governments to whack them with immediate, substantial and permanent increases: “So please tax us. Tax us. It is the right choice. It is the only choice,” before concluding with the supposedly profound observation that “humanity is more important than our money”.

This last line perhaps seemed quite a concession, though some might wonder if anyone actually thought otherwise.

Some critics argue that any of them could voluntarily pay more tax. But this misses the point. They are arguing that all the rich must pay more, so voluntary gestures, while noble, would not achieve the goal of making all the wealthy shoulder more of the burden.

In fairness, this is a compassionate initiative by people whose hearts are in the right place and who are not entirely wrong. Yet somehow their sincere plea has been wrapped up in a tone so sententious, so self-reverential, as to open the entire exercise to mockery. Forgive those who sneer, they know not what they do. Instead of saying, for example, that “millionaires like us have a critical role in healing the world”, they might have opted for the less egotistical “millionaires like us must step up and play our part”.

It could be that they are willingly setting themselves up for ridicule to attract publicity, because that’s what a Millionaire for Humanity does. Somehow, though, I doubt it.

So here is my small contribution to the struggle. When they deliver the next letter, perhaps entitled Only Millionaires Can Save Us, they might cut out the Olympian prose and opt for something simpler. “Societies are facing a lot of problems and do not have enough money to solve them. So make the very rich, like us, pay more in tax. It won’t solve every problem but it will help.”

Even millionaires need some encouragement / From Richard Moon, Edinburgh, UK