Inside the spine-tingling success of The Folio Society

As the publisher marks 75 years in business, we visit the house of never-ending stories in its most successful year

The Folio Society’s illustrated edition of the late Hilary Mantel’s Wolf Hall is a thing of wonder. Bound in rich blue-and-gold blocked cloth with gilded edges, it has full-page illustrations by artists Igor & Marina that have a sketch-like, nuanced quality echoing works by Holbein – which Mantel had said reflected the Thomas Cromwell she wanted her readers to envisage. “[Mantel] was deeply involved in its production and very thoughtful about how she wanted it to be represented,” says Folio’s publishing director Tom Walker. “Finding an illustrator to match that vision was really challenging. And really fun.”

Hilary Mantel called it “the ultimate edition of Wolf Hall”. It went on sale in October (£85), just weeks after her death; an additional limited run of 250 copies signed by the author (£200) sold out “within minutes”. “We are going through a golden age of book design,” says Walker. “But Folio is doing it to a different level. You can’t get what Folio does in a bookshop.”

This year, The Folio Society has been celebrating 75 years since Charles Ede founded it in 1947. Ede believed that commercial books could – and should – be produced to the highest standards. Today, inside the publishing house’s offices in an elegant 1930s warehouse in Bermondsey, floor-to-ceiling shelves contain a rainbow of fiction and non-fiction that the company has newly published as illustrated editions. Each has original artwork, fonts, bindings and introductions, and is encased in a bespoke slipcase or clamshell box. Books by The Folio Society take years to create because no detail is too small to be debated. And every edition is a box of delights.

Folio’s catalogue is eclectic, and that extends to its choice of illustrators and introducers – from Animal Farm (illustrated by Quentin Blake in 1984) to Tales from the 1,001 Nights (with Salvador Dalí’s ’60s watercolours), Nursery Rhymes (with etchings by Paula Rego) to De Profundis (introduced by Patti Smith). In 1948, Mervyn Peake illustrated Dr Jekyll and Mr Hyde; this year, Peake’s own fantasy trilogy, Gormenghast, was illustrated by Dave McKean – and both books are still strong sellers. Its earlier, out-of-print editions are also updated for new audiences: in 1968, Folio’s edition of Monkey, the Chinese fantasy folk tale by Wu Cheng’en, was illustrated by Duncan Grant; the upcoming imprint features artwork by Chinese-American illustrator Mu Pan. Around 50 new titles are produced each year, including a handful of limited editions. The house has won prizes at the V&A Illustration Awards, as well as being recognised in the book trade for its bindings, production and indexing.

But it has only been in the past five years that the Society has begun to achieve something akin to cult status. For much of its history, the company was structured as a membership business – a small, obsessive community of around 60,000 book lovers who had to buy four books a year to retain their member status. “It needed a massive change,” says CEO Joanna Reynolds, who joined in 2016. “It was operating rather like an old-fashioned book club. But I had never seen that level of customer engagement before.”

Reynolds ended the membership structure, and Walker introduced new genres: sci-fi, fantasy, romance and YA. Titles such as A Game of Thrones (£160), the Marvel series (from £95) and Malorie Blackman’s Noughts and Crosses (£47.95) rapidly accessed a younger, increasingly global customer base. In 2020 the company went into profit – an upward swing boosted by the pandemic, when sales of fiction in the UK grew by 16 per cent, despite the fact that bookshops were closed. In part thanks to its direct-to-consumer model, The Folio Society thrived. In 2021 – by which time Reynolds had succeeded in making The Folio Society an employee-ownership trust, giving its employees 100 per cent ownership – revenues were up by 17 per cent year-on-year, with export sales up 18.3 per cent. In 2022, revenues reached £15.2m, up 12.5 per cent. This year, The Folio Society was shortlisted for independent publisher of the year at the British Book Awards.

The figures mirror a burgeoning market for beautiful books with elevated design – the imprint itself as art form. “There is a growing appreciation for unique, artisanal products that reflect personal style,” says Pom Harrington, owner of Peter Harrington Rare Books. “Which explains a surge of interest in categories such as fine bindings.”

“We use a lot of craftsmen who work by hand,” says Folio’s production director Kate Grimwade. These include letterpresses for relief printing, hand-marbling and artisan binders who work with leather or vellum (parchment). “But we’re also using extraordinary technology such as the digital technique of cold foiling to get four different types of gold on one page. And that is a very interesting mix.” Next year, Folio will release a 400th-anniversary edition of the complete plays of Shakespeare, and each of the covers for Comedies, Tragedies and Histories will be crafted using intricate Tudor blackwork embroidery (originally used to decorate ruffs) produced by a small artisan silk mill in Suffolk.

The three embroidery designs are by Neil Packer, who recently spent two years illustrating Folio’s three-volume edition of Dante’s The Divine Comedy, drawing on influences from ’30s woodblocks to 18th-century steelpoint engravings and north African designs. The leather-bound set, with an essay by Jhumpa Lahiri, was published at £700 last year. It quickly sold out and is now being resold on AbeBooks for £1,995.

“They choose what they publish very wisely, and these books will hold their value,” says Mark Skipper, owner of Cheltenham Rare Books. “Sometimes I don’t have [a Folio Society edition] for more than a day before it’s gone.” Skipper himself bought one of the thousand editions of The Lord of the Rings, released in April this year, for £1,000 (they sold out in 36 hours): “It will be three times that by Christmas. And that will just keep going up.”

Illustration is the beating heart of Folio – “we give artists free rein,” says Walker – and this year the company launched an annual Folio Book Illustration Award. It received 700 entries from 56 countries, with shortlisted artists all winning a portfolio review with Folio’s art directors.

The counterbalance to commissioning new work is the re-presentation of classics, for which Folio works with global institutions. The Story of Babar (£365, edition of 750) features a reproduction of Jean de Brunhoff’s original maquette alongside rarely seen archive material; facsimiles of Beatrix Potter’s original hand-written and painted notebooks, unearthed at the V&A, were included in the 1,000-numbered edition of The Tale of Peter Rabbit (£325); while sketches for the 1922 classic The Velveteen Rabbit (£42.95) were found “crawling around in someone’s attic”. 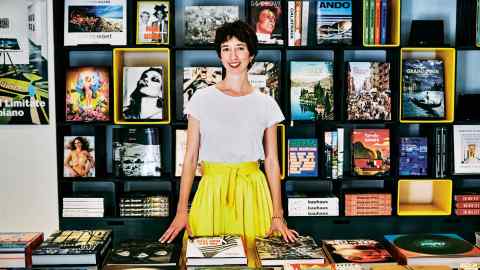 “It’s the range that’s crucial,” concludes Walker, referencing both A Game of Thrones (George RR Martin called Folio’s edition “a masterpiece”) and the 20th-century African-American novel Their Eyes Were Watching God, by Zora Neale Hurston, which is introduced by Zadie Smith and illustrated by Nigerian‑Italian artist Diana Ejaita. “People say, if you’re just publishing things that have been published before, what’s exciting? But with every book there’s a story. That’s what’s exciting.”

This year, Folio held a public vote to select one book to be published as a special edition to commemorate the company’s 75 years. From more than 5,000 initial suggestions, its readers eventually chose The Neverending Story, the 1979 classic – and book-within-a-book – that celebrates the power of the imagination.