When the good ship Niantic first came ashore in San Francisco, the 1849 gold rush was in full swing. The former whaling vessel was packed with speculators, all hoping to make their fortune on the West Coast. But once the passengers disembarked, the ship ran aground.

The Niantic was first turned into a warehouse and later formed the foundations of a hotel. It then became an office building, before finally being flattened by the 1906 earthquake. Today, she is one of dozens of such ships that lie hidden beneath San Francisco’s financial district.

Just a few streets away, a new Niantic is charting a course for a modern-day gold rush. The company is the developer behind Pokémon Go, one of the most popular mobile games of recent years, which turned the world into a virtual treasure hunt featuring the popular Nintendo characters, as well as a growing portfolio of other augmented reality apps.

Many in Silicon Valley are convinced that AR is the next big shift in computing after the smartphone. By creating a digital layer on top of places in the real world, companies like Niantic can reveal hidden realities.

“In my view it will be a transformational thing,” says John Hanke, Niantic’s founder and chief executive, who describes the technology as putting a “filter on the world”.

But many AR experiences can still feel more like gimmicks than a revolution in waiting. As 2016 drew to a close, it looked like Pokémon Go might face the same challenge. The game, which lured gamers outside to hunt for Pokémon using their smartphones’ GPS, had been the undoubted hit of the summer. These Pokémon players, or “trainers”, also spent hundreds of millions of dollars buying in-game upgrades.

But as is often the trajectory for games, after a few months the hype began to fade, and 2017 saw a decline in sales.

Nonetheless, Niantic kept on developing new features and gradually some of those lapsed players began to return. One innovation was the introduction of “raid battles”, where groups of friends team up at a nearby “gym” — a local landmark or park — to take on a powerful Pokémon.

This social component, coupled with having to keep moving around to play, helps differentiate Niantic’s games, says Mr Hanke. “A lot of the game for us happens outside of the four walls of the screen.”

They already have the ‘killer app’ in Pokémon Go. It’s clear they have much bigger aspirations than making a game

Growth returned in 2018 and continued in 2019, which would prove to be Pokémon Go’s biggest year yet, with lifetime gross revenue for the game now estimated by app tracker Sensor Tower at more than $3bn.

Its ongoing success put Niantic at the top of the FT’s ranking of the Americas’ fastest-growing companies, compiled with research company Statista.

Pokémon Go has even continued to thrive during the coronavirus pandemic. By some estimates, revenues went up as countries locked down. Niantic modified the game so players could continue to hunt Pokémon without having to take the risk of leaving the house. “They have done a great job of retooling the game so that it works in the global pandemic,” says Tipatat Chennavasin, an investor in virtual and augmented reality with the Venture Reality Fund in San Francisco.

In the meantime, Niantic has also been working hard to ensure it is more than just a one-hit wonder. Last year it released Harry Potter: Wizards Unite, another location-based AR game set in JK Rowling’s “wizarding world”. While it has so far fallen short of Pokémon Go’s popularity, it is “finding its audience”, says Mr Hanke.

After launching just two games since the company was spun out of Google in 2015 — where Mr Hanke had run Google’s Earth and Maps products — Niantic is planning to step up the pace. Mr Hanke says he wants to release two Niantic-made titles a year, plus a small but growing number created by third-party developers using a version of the AR technologies upon which the Pokémon Go and Harry Potter games were built.

“All that infrastructure is now available to someone that wants to turn the world into their own game board,” says Mr Hanke.

But in this competitive new field, it is going up against Silicon Valley giants like Apple and Facebook. Still, Mr Chennavasin reckons Niantic can maintain its advantage by providing the picks and shovels to app makers in the coming AR gold rush.

“They have a huge lead because when you’re looking at any new platform, there needs to be a killer application to drive adoption. They already have the ‘killer app’ in Pokémon Go,” he says. “It’s clear they have much bigger aspirations than making a game.” 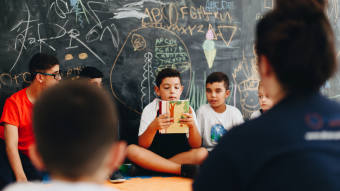