Will you pay my mortgage? Bank of mum and dad withdrawals squeeze sandwich generation

Children and parents are turning to each other for financial rescue

Wealth managers on both sides of the Atlantic are reporting a surge in clients restructuring their retirement plans to bail out both elderly parents and adult children during the coronavirus pandemic.

Older workers helping their adult children who have lost jobs, or parents who require assistance affording retirement — or, in some cases, both — are getting squeezed while also trying to protect their own retirement plans.

“I can’t think of a client where this hasn’t been a part of the conversation,” said Adam Johnson, a wealth manager at St James’s Place in the UK. Although most clients planned to pass down wealth in the future, he said: “All of a sudden, someone’s flipped the switch.”

“Clients have always worried about parent’s long-term care fees and helping kids with property deposits,” said Michael Martin, a client manager at UK wealth management firm Seven Investment Management. “What they’re talking about now is helping with rent or food bills or paying for everything because their kids have lost their jobs.”

The so-called sandwich generation — those with both dependent children as well as elderly parents who may require assistance — are the most likely to find their finances stretched.

In the US, 47 per cent of those aged 40 to 50 have a living parent older than 65, as well as financially dependent children, according to research from the Pew Center, a US think-tank. One in seven provide financial support to both.

In the UK it is estimated that one-quarter of Britons have, or will at some point, carry the twin responsibility of supporting children and parents, according to a report by the Money Advice Service.

Parents of millennial children, who are “newly on the property ladder, with less equity and less tenure in their jobs” are the most likely to be affected, said Christine Ross, a client director at Handelsbanken Wealth Management in the UK. “There’s no question, parents have been stepping in to help.”

Advisers expect the trend to worsen as the pandemic progresses, especially in light of UK chancellor Rishi Sunak’s decision to wind down the furlough scheme. “When government support ends in the autumn, we will see the full scale of the job losses. That is when we will really see more parents step in,” said Ms Ross.

Helping adult children to pay the mortgage is the most common concern from clients, said Mr Johnson, as well as paying for tutors for grandchildren to help working parents get to grips with homeschooling. Wealthier clients may want to help their children with fees for private schools. “The furlough scheme protects you at a fraction of your outgoings, if your salary was previously much higher,” said Mr Johnson.

He said others were helping children in the middle of house purchases to complete. “They are trying to find ways to support their kids by carrying on those plans to move up the property ladder, which is now more difficult for families on furlough.”

But paying for a child’s mortgage will have an impact on many people’s ability to themselves retire. “A lot of those parents could well be in their last couple of years of working, and for some, it means they will have to keep working,” Ms Ross said.

At the other end of the age spectrum, the sandwich generation may also have to support parents with pension pots hit hard by the market downturn, who may no longer have adequate resources for retirement.

“Most of my clients have at least one parent they’re going to have to take care of,” said Georgia Lee Hussey, chief executive of US wealth manager Modernist Financial. Housing is a primary concern, and many have purchased rental properties that they expect their elderly parents will move into. “It was more hypothetical before,” she said. “Now they’re realising it is real.”

“Children of parents who are struggling have been traumatised into saving more and spending less,” said retirement expert Ken Dychtwald. He noted that there was an important distinction between the retired and those on the cusp of retirement, who now “don’t know if they should work for two years, or ten years”.

If the bank of mum and dad is required to make a bailout, parents will have to cut back on their own expenses, especially if they are already retired, said Philip Wise, a financial planner with advisory firm Informed Choice. 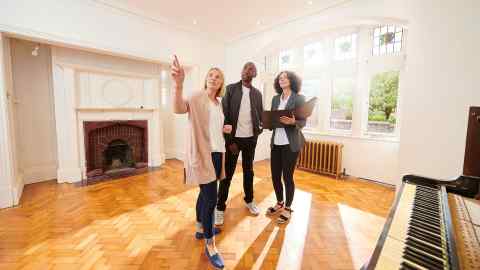 Parents bankrolling adult children at the expense of their own retirement savings may also be forced to change their plans. Mr Johnson says he has clients who are financing renovations to their children’s homes, building annexes that can act as a home office so their children can work under lockdown, with the intention of converting these into the “granny annexes” down the line.

The need to help children has also led to difficult conversations about fairness. Some siblings might be in hardship and require assistance, while others will not. Similarly, advisers say some clients may be in a position to help elderly parents, while their siblings might not have money to spare, but could give time instead.

Advisers say that in couples, if one partner’s parent helps financially, this can lead to complications with the in-laws. Mr Wise added: “There’s a question of are the other parent’s going to put their hand in their pocket as well?”

For this reason, advisers said they have ended up acting as family counsellors as well as asset managers. “People don’t like to talk about money, but people talk to us about money,” said Mr Martin.

How much the finances of the sandwich generation stand to be squeezed depends on the depth of the downturn.

“So far it has been viewed as temporary help for [unemployed children], and not involving long-term financial changes,” said Steve Drake, a wealth manager with Royal Bank of Canada in the US. “At the risk of sounding insensitive, it is an unexpected expense, like needing a new roof, or another car, as opposed to a long-term financial drain.”

Yet others say this moment is an opportunity for parents if they are already planning on passing down wealth, given the anticipated changes to the UK’s inheritance tax regime.

“Where clients have been looking to make lifetime gifts, I’ve been saying, if you’re planning to do it anyway, get on with it,” said Ms Ross. “You don’t know if you will be able to do it next year.”