During the 1600s, East Anglia was a thriving centre of the textiles trade. Today, gazing out from England’s east coast shoreline, it is not wool boats you see bobbing on the horizon but wind turbines, offering a symbol of how some old industrial economies are adapting to the 21s-century energy transition.

Redesigning national power grids is central to the strategy of moving toward cleaner, greener energy supplies. Perhaps most crucial are the attempts of “decentralisation”, which involve energy being generated closer to where the demand is, as opposed to coming from larger power stations.

Building this greater flexibility into networks is creating investment opportunities and a new role for utilities, energy aggregators, storage suppliers, as well as engineers. “International energy grids are not adequately prepared for the shift to renewable energy,” says Larry Zulch, chief executive of battery manufacturer Invinity.

“A fundamental rethink is required, putting generation near consumption and storage near generation, with long-distance transmission focused more on addressing imbalances than facilitating balances of centrally generated electricity,” he says.

Some of the most exciting experiments with flexible grids are currently happening in the Asia-Pacific region. On Kyushu, a subtropical island floating on a volcanic faultline, one of Japan’s largest projects to build grid flexibility is taking place. A deal signed between Tokyo Electric Power and Centrica Business Solutions last year will allow utilities to build their own “virtual power plants” to deliver cleaner energy.

Virtual power plants are networks of decentralised power generating units such as wind farms, solar parks and combined heat and power (CHP) units that are linked through cloud computing. Their aim is to use modern technology to match fluctuating local supply with actual demand of power to households and businesses. They can also exploit demand management techniques, whereby customers are contracted to trim consumption at peak times for a financial incentive.

“The Japanese market in general is particularly interesting when it comes to seeking out demand flexibility for large customers,” says Elta Kolo, an energy analyst at consultancy Wood Mackenzie. This is partly because Japan’s demand response market, which allows customers to adjust their demand according to price signals, only opened up in 2017. It is poised to grow to more than 10 gigawatt — around a third of the size of the total wholesale demand response market in the US.

But as the world shifts to intermittent sources of energy, grids are facing increasing volatility everywhere. The adoption of electric vehicles and electric heating at home is good for the environment but puts grid infrastructure under further strain.

“Typically, countries can manage by using interconnectors to flow energy across borders, or gas ‘peaker plants’ to balance demand peaks,” says Simon Daniel, chief executive and founder of Moixa, a UK battery energy storage start-up. “However, as most grids in the future will exceed 50 per cent renewables, and are targeting net-zero strategies, this becomes unworkable.”

“Companies that can provide this cheaply and effectively will rise to prominence,” says Antony Froggatt, senior research fellow at Chatham House.

E3G, an energy policy think-tank, cites “sector coupling” as one of the most interesting grid trends, where electricity-consuming sectors such as transport, industry and buildings, merge their energy use and supply infrastructure. One application is the conversion of electricity from renewable sources into gas and liquid fuels or heat which can then be used locally to help decarbonise energy-intensive industries. Morten Petersen, a Danish MEP, has said coupling is “absolutely key” for Europe’s climate ambitions.

But many of the most interesting future grid projects are already happening in the Asia-Pacific region, where residential battery energy storage is being used to form virtual power plants at scale.

Back in the US, the world’s second-largest consumer and producer of energy after China, energy utilities’ capital expenditure on distribution has increased more than 6 per cent yearly since 2013, according to Wood Mackenzie.

In many of Asia’s larger economies however, investment in grid capacity and related infrastructure is growing as fast if not faster. 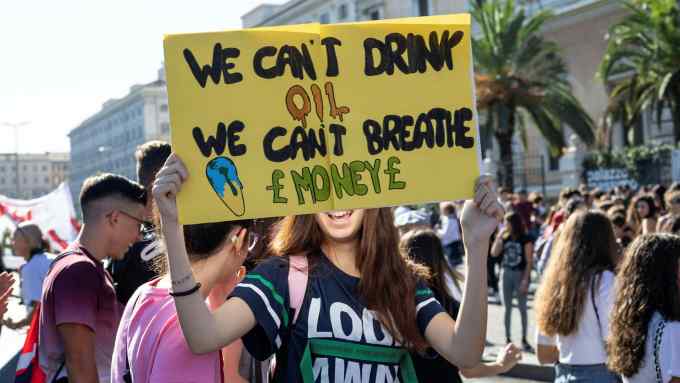