Nyarugusu on the border of Tanzania and Burundi, one of the largest refugee camps in the world, is an unlikely pioneer in how the telecoms industry views refugees. Established in 1996, its population of 150,000 makes the camp about the same size as the large British town of Blackburn.

Mobile companies have long been called on to provide critical connectivity in crisis situations by building temporary networks offering free texts and calls to displaced people. Now the humanitarian sector has started to work with telecoms businesses to build permanent networks by convincing companies of the vast economic opportunities this offers.

Vodacom, Vodafone’s African arm, installed a 3G tower within Nyarugusu in 2016, which it now shares with commercial rivals Tigo and Airtel. The tower is running at full capacity, according to the GSMA, the mobile industry trade body, but more striking is the average revenue per user of $4.40. That is slightly higher than the average revenue per user for the rest of Tanzania.

Refugees are spending about a third of their disposable income on connectivity. Chris Earney, head of innovation at the United Nations refugee agency UNHCR, says that Vodacom had initially built one tower to test the demand and this quickly proved the business case. He says that some telecoms companies are starting to realise that refugee communities represent “large untapped markets”.

In northern Uganda, where there are 1m displaced South Sudanese, Airtel experimented with temporary masts before making a formal investment in infrastructure. Money from the UN Capital Development Fund helped to reduce the investment risk.

The high population density, combined with the greater demand for connectivity from refugees, has fuelled pressure on telecoms companies to change their thinking about building connections for those communities.

Kyla Reid, head of the GSMA’s mobile for humanitarian innovation and digital identity programme, says that in the past two years companies, including Turkish mobile operator Turkcell, have come to see refugees as a large and significant customer segment.

Yet progress has been slow, according to the UNHCR’s Mr Earney. “We didn’t see the speed and agility that we expected from the private sector,” he says. “The lack of information led to hesitancy but we think it is a competitive space.”

A change in attitude towards the telecoms sector also matters, says Ms Reid, who argues that the onus has been on the humanitarian agencies to evolve from a view of the “nefarious private sector with questionable motives” to one based on partnership if the funding and business model can be agreed.

Data have also opened up the refugee business opportunity beyond simple calls and texts. The prospect of connectivity within a camp opens up those communities to a world of digital payments, education and healthcare, according to Blair Levin, a former technology adviser to Barack Obama and executive director of the National Broadband Plan in the US.

Improved connectivity creates the foundation for other services, such as tailor-made mobile payment systems. These allow UN agencies to deliver funds direct to refugees that they can spend in recognised local shops.

They grab their kids, their clothes and third thing is the phone

“Local food markets on the edge of refugee camps can now be a viable option for refugees to use and the refugees become potential customers for the traders,” says Rodrigo Carneiro, Vodafone’s account manager for relations with the UN. “This is a safer, more secure and more efficient way of making a real change to refugee lives, creating a sense of dignity for the refugees and again building new opportunities in the wider economy.”

A lack of digital literacy, the cost of handsets and a need for formal identification to buy a SIM card, still prevent many refugees from going online.

Yet many displaced people will bring knowledge and equipment with them. “They grab their kids, their clothes and third thing is the phone. It is the connection that they have,” says Mr Levin who co-authored the paper, A Global Broadband Plan for Refugees.

Telecoms companies also need to think beyond situations like those in Nyarugusu. “When we think of refugees, we think of camps,” says Mr Levin. “That is a problem: 60 per cent of refugees are now in urban areas where infrastructure isn’t a problem.” In those areas, networks need to tailor packages for people with very little income that do not cannibalise their revenue from established customers.

The private sector may be taking more chances in connecting displaced people. Yet there are still going to be situations where even the UN concedes it is not economically viable to build anything but temporary infrastructure. In that type of scenario, says Mr Earney, many communities are trying to make their own cheap base stations, often using solar power, to bridge the gap: “Refugees are a snapshot of our society. They want to start businesses and feel the full benefits of connectivity.” 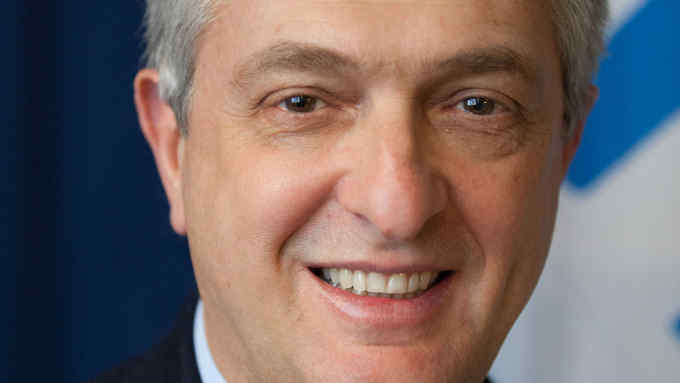