Waste-to-energy: panacea for Asia’s pollution problem or a load of rubbish?

Liu Xiao spends her weeks visiting sludge and organic waste treatment plants across China. The travel can be tiring but as a technical and policy adviser on waste management she must help implement President Xi Jinping’s vision of a “beautiful China”.

Ms Liu’s job is to provide technical assistance to governments and companies trialling the next generation of waste-to-energy technology: methane capture.

The equipment is sophisticated but the underlying principle simple. When organic waste decomposes in an oxygen-free environment such as landfill, it emits methane — a powerful greenhouse gas. The technology allows the gas to be collected and used as fuel to generate electricity, rather than escaping into the atmosphere.

China’s 30-year economic boom and improvement in living standards has led to a surge in urban waste. It is now the world’s biggest producer of rubbish, after surpassing the US in 2004. It is also a leading processor of waste from overseas. In parts of China this has left a legacy of soil and air pollution. As the country grows richer, there is growing pressure to clean up.

China launched its “No-Waste City” programme in December, aimed at curbing solid-waste generation and encouraging recycling across 10 cities. The pilot project represents a shift away from landfill or incineration towards a less hazardous, integrated waste system for the future.

Methane capture is not new but widescale adoption in the world’s most populous country has the potential to reduce ground pollution as well as helping to satisfy the country’s growing hunger for energy.

China produces more than 280m tonnes of municipal waste a year, according to official data. About 60 per cent of this ends up in sanitised landfill, with the remainder burnt or biochemically treated. With the pace of urbanisation showing no signs of abating and living standards continuing to rise, the deluge threatens to overwhelm waste management infrastructure.

The number of tonnes of Chinese municipal waste produced a year

The government is rethinking its approach to waste treatment. China’s five-year economic plan to 2021 extended its commitment to the “circular economy”, a model aimed at cutting waste while extracting as much value as possible from recycling. For years a dumping ground for overseas rubbish, the country heavily restricted waste imports last year and a full ban is expected in 2020.

The strategy also aligns with China’s climate goals. Beijing has pledged to cut carbon dioxide emissions per unit of gross domestic product by 60-65 per cent from 2005 levels by 2030, and to increase non-fossil fuel energy sources to 20 per cent of total consumption.

Mostly, however, waste-to-energy still means incineration — a practice that can produce heavy metals and toxins that leach into soil and water supplies. China is innovating on incinerator technology that will not need waste to be presorted and, while not yet proven, aims to generate electricity without emitting pollution, says Jennifer Turner, director of the China Environment Forum at US think-tank the Wilson Center. But she warns: “We should be suspicious of silver bullets.”

The proportion of waste that still ends up in landfill facilities

Shenzhen, north of Hong Kong, is building the world’s largest waste-to-energy plant, capable of burning 5,000 tonnes of refuse a day. But at the same time, the city is subsidising anaerobic digestion treatment plants for restaurant waste. Across China there are more than 50 such plants, which use microorganisms to break organic materials down into biofertiliser and biogas that is eventually burnt for energy or heating.

Local residents are concerned by the environmental impact of waste treatment facilities. In response, China’s incineration sector spent nearly 50 per cent of the total investment on pollutant control and public education, according to the China Association of Urban Environment Sanitation.

“The concerns over coal and the concerns over the impact of waste-to-energy plants are similar in the eyes of local communities,” says Courtney Weatherby, an analyst with the Stimson Center, another US think-tank.

Biogas trials are springing up across the region, for instance in Thailand, as urban planners generally still view incineration as the solution. 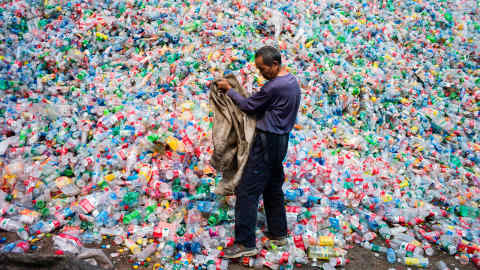 China’s example demonstrates a wider affliction gripping south-east Asia. Since introducing its waste import curbs, neighbouring countries have picked up the slack. In the past six months plastic imports have risen 56 per cent in Indonesia, twofold in Vietnam and 1,370 per cent in Thailand.

Meanwhile, energy consumption in Asia is soaring, with most of it coming from coal, peat and oil. Between 2018 and 2030, a further 21m people in Asean countries are expected to gain access to electricity, according to Euromonitor, a market research provider.

Maria Coronado Robles, a consultant at Euromonitor, says waste-to-energy projects can help ease these pressures. “[These trends] are expected to have tremendous impact on air quality and municipal waste management, and pose a threat to human health and wellbeing. A significant investment in waste management and energy infrastructure [will be required],” she says.

Waste is unlikely ever to fuel a large proportion of the region’s energy. China’s 7GW of installed waste-to-energy capacity constitutes less than 1 per cent of the country’s total energy supply. However, the heat emitted as a byproduct could prove significant.

“As the circular economy develops, you might find industrial communities will work with the waste-to-energy suppliers to make use of the heat,” Ms Weatherby says. 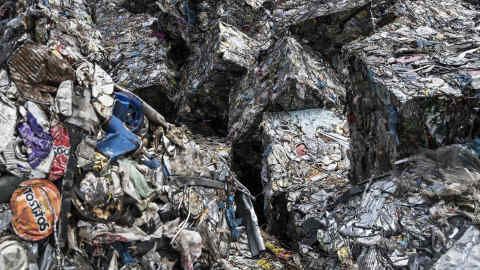 At the plants Ms Liu visits, she says energy has become a “key cash flow” for local businesses. Companies make money from waste treatment fees, with the government paying private treatment companies Rmb300 ($43) per tonne of waste, as well as from generating electricity from the captured biogas and selling it back to the grid.

But despite the potential benefits, significant challenges remain.

One is a lack of private investment. The International Energy Agency estimates that south-east Asian countries need an annual $100bn in energy investment until 2030 to meet demand — about twice the current level, says Ms Weatherby.

A lack of widespread education around recycling and the need to sort waste into different categories as exists in Taiwan and Japan, is another challenge. “In many ways, I think China did the world a favour by turning back boats because it brought attention to the waste issue,” she says. “Now it is a problem of politics, not just energy.” 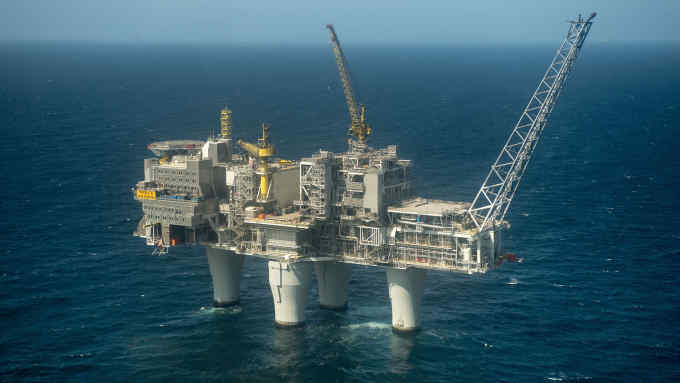