Boris Johnson’s premiership is moving to a decisive new phase as the UK leaves the EU, with pressure now firmly on him to make good on his much vaunted opportunities of Brexit and his pledge to transform the country’s lopsided economy.

Michael Gove, the Cabinet Office minister and Mr Johnson’s co-Vote Leave campaigner in the 2016 Brexit referendum, said nobody would any longer be able to blame Brussels for domestic problems. “There won’t be a hiding place for politicians like me,” he added.

For Mr Johnson therefore, the challenges of completing a post-Brexit trade deal with the EU and reviving the economy are piling up.

Mr Gove on Friday conceded that the “Canada-style” free trade agreement being sought by the UK in talks in Brussels would create costs for British companies selling their products into the EU, the country’s biggest market.

Britain after Brexit
Brexit day: a moment of symbolism, not change 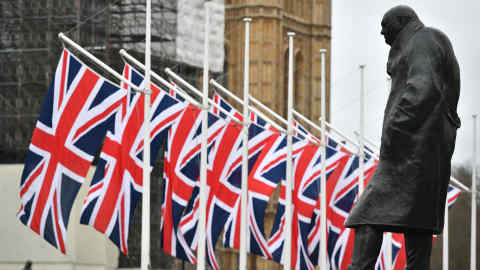 He added that was unacceptable, saying: “That may mean that when it comes to trading with Europe there are some bureaucratic processes there that aren’t there now but we will do everything possible to minimise the friction in terms of our economy.”

Pascal Lamy, former head of the World Trade Organisation, has told the BBC’s Week in Westminster programme that this will be the first negotiation in history where both parties started off with free trade and discussed what barriers to erect.

Mr Johnson has long advocated this strategy and he and his ministers have — rather late in the day — started telling companies explicitly that extra trade costs are a price worth paying for the sovereign right to diverge from EU rules.

Given the Treasury estimated in 2018 that this sort of Canada-style trade deal would lop about 5 per cent off UK economic growth over the next 15 years, economists reckon Brexit is more likely to hinder than help Mr Johnson in what he does next.

Mr Johnson will set out his plans for future trade deals in a speech on Monday and shortly afterwards start restructuring his government to reflect its aim to improve growth in northern England and the Midlands, thereby “levelling up” the UK’s underperforming regions.

A new super-business ministry has been proposed to oversee this agenda with Treasury chief secretary Rishi Sunak tipped to run it, although some of Mr Johnson’s allies would rather he moved up to replace chancellor Sajid Javid.

A February cabinet reshuffle is likely to see a clear out of ministers, with Mr Johnson’s aides suggesting the new line up will have more of a “One Nation” Conservative flavour, suggesting that some Brexiters will be jettisoned.

Mr Javid was promised by Mr Johnson after the December general election that he would keep his job, but tensions have arisen recently between Number 10 and Number 11 Downing Street.

Number 10 was aggrieved this week that Mr Javid appeared to have given his personal green light to the £100bn High Speed 2 rail project even though a formal government decision to approve the scheme is still pending.

But Mr Javid wants to keep a tight lid on day-to-day spending as Number 10 pushes for more cash to fund its regional programme — well beyond the £100bn of extra borrowing over five years earmarked by the chancellor for new infrastructure projects. 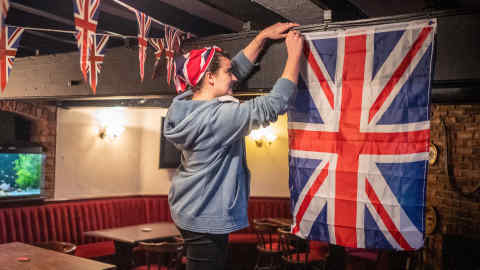 Mr Johnson and Mr Javid will have to decide whether to use the March Budget to put up taxes — notably on wealthy Tory voters — to fund projects in the north. Underpinning the government’s entire regional policy is the need to secure a good trade deal with Brussels before the end of 2020, when Mr Johnson insists the Brexit transition period must end.

By July — and before the meat of the trade deal is negotiated — London and Brussels will have to resolve the separate issues of whether EU fishermen can work in UK coastal waters and the terms for the City of London’s access to European markets.

Leo Varadkar, Ireland’s prime minister, insisted this week that the two issues were linked. Given the totemic significance of fishing in the Brexit argument, the row could be bitter.

Mr Johnson also plans to run the EU talks in parallel with negotiations on a trade deal with the US, but few in London believe it will be possible — or desirable — to wrap up a quick agreement with President Donald Trump before this autumn’s presidential elections.

A Brexit party on Friday evening in Downing Street was due to be a moment of triumph for Mr Johnson and his fellow Brexiters. But as Mr Gove admitted, part of the point of Brexit was to make politicians accountable for their decisions, without being able to pass the buck to Brussels.

Mr Johnson and the Brexiters now unequivocally own what happens next.